It’s no secret that I’m a huge Star Wars fan, or that I have checked out the BB-8 Droid many times. So, I jumped at the opportunity to put this new Sphero droid through his paces, also knowing that my family would love spending some time with this awesome little guy!

We all know R2-D2 and C3PO, they’ve been famous in a galaxy far, far away for a long time now. But BB-8 is the new droid on the block, and he’s definitely the droid you are looking for! He’s been in a few squirmishes with the Resistance already so he’s authentically battle-worn, and he moves and sounds just like the real BB-8 too.

You can control BB-8 using either the Force Band, or with the app on your smartphone or tablet. Using the Force Band allows you to be just like a Jedi Knight as you direct him with just a wave of your hand. I challenge anyone who loves Star Wars to play with BB-8 like this and not have a huge smile on your face. The little droid will roll quickly in whichever direction you send him, and he won’t even mind hurtling through tunnels formed by your kids’ legs…if it’s a mission, he’s on it! 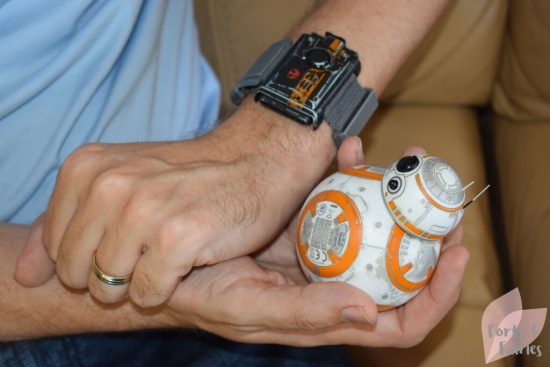 Obviously it does take a little bit of practise to learn how to control him properly, so don’t be alarmed if he loses his head (quite literally) as he bumps into a wall or door. Simply send his back-up in and they will help to pop his head back on, and he will be on his way again. I can’t really tell if he gets mad at me, sometimes he tilts his head, looks at me and beeps a few sounds my way…but I’d like to think he’s just having a chat rather than commenting on my Jedi skills. 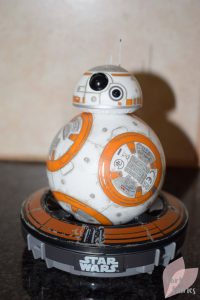 The app allows you to set BB-8 to patrol, and I will admit he did cause quite a ruckus when he was put on patrol. Perhaps the Labradors noses were just out of joint at this new security on duty? Pretty soon they settled down, but still kept an eye on him patrolling and whirring on his own. You can also draw a route on your smart device and he will follow that route, be it a circle or a figure of 8 he’s quite adept at following orders. And just because he can’t eat popcorn doesn’t mean he doesn’t love to watch himself in the new Star Wars: The Force Awakens. He responds to the different scenes, sometimes being scared (to be fair, who isn’t at least a little scared of Kylo Ren) and sometimes excited (when he sees Resistance Pilot Poe).

BB-8 can last up to an hour before you’ll have to pop him on the charging base. The base can plug into any USB port and matches BB-8 with the same battle-worn look.  You can also charge the Force Band by connecting it with a USB cable. Pairing BB-8 with the Force Band is as simple as holding the two next to each other.

The BB-8 Droid and Force Band Special Edition comes packaged in a sturdy box, with BB-8 safely tucked inside an awesome silver collector’s tin. It would make the perfect gift for any Star Wars fan, but priced at R3999 it does sport a hefty price tag for a tech toy. You can buy BB-8 separately for R2999 while the Force Band retails at R899, both are available from the iStore.

Check out BB-8 in the gallery and see him in action in the video below: 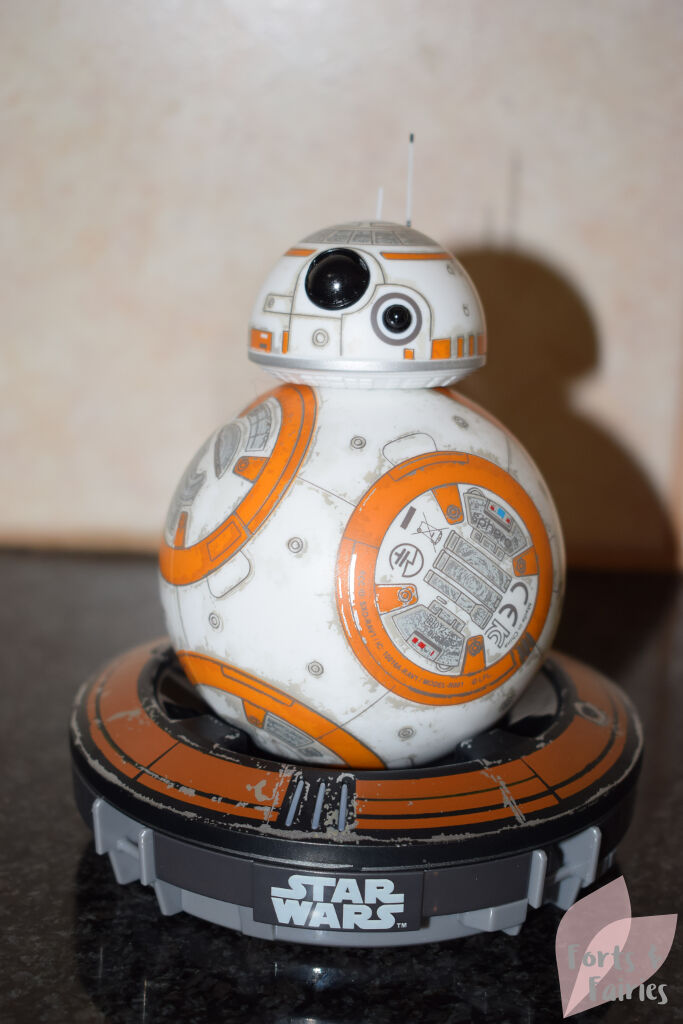 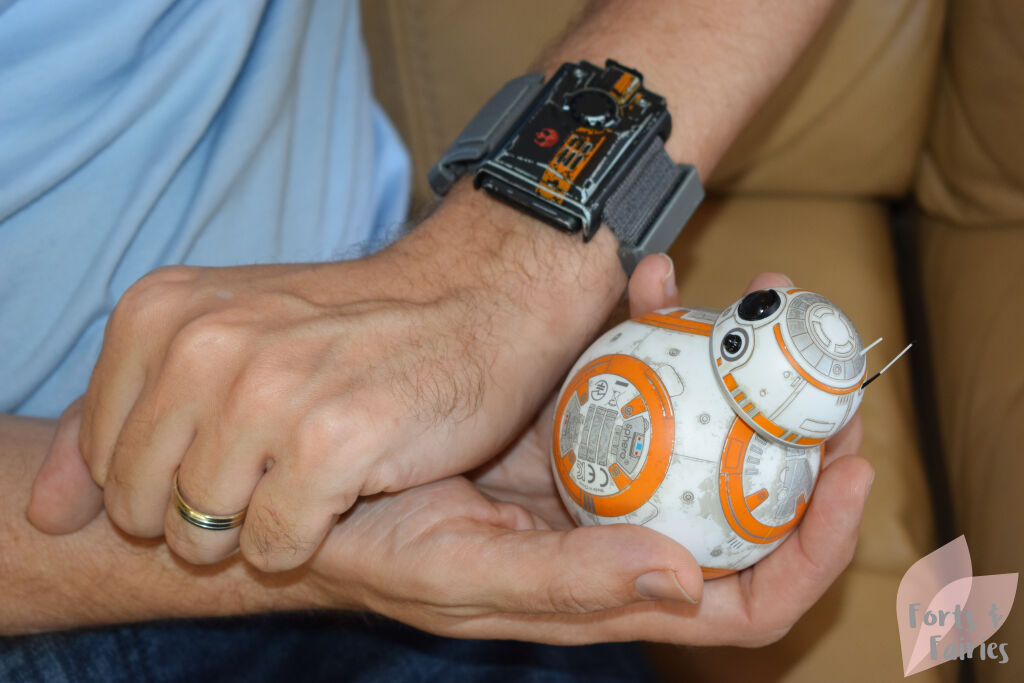 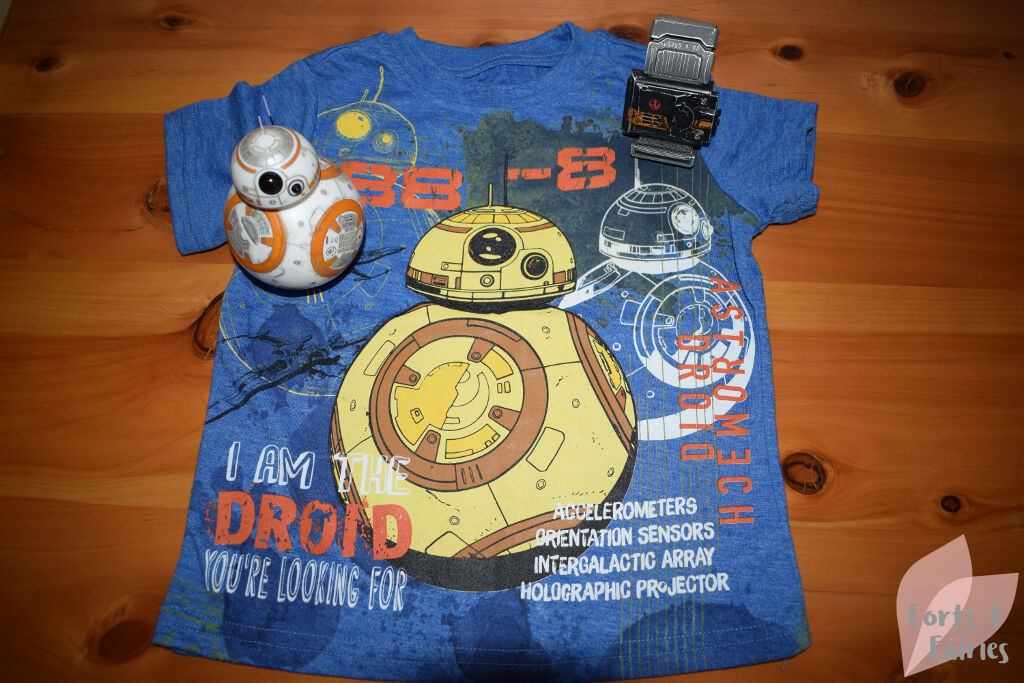 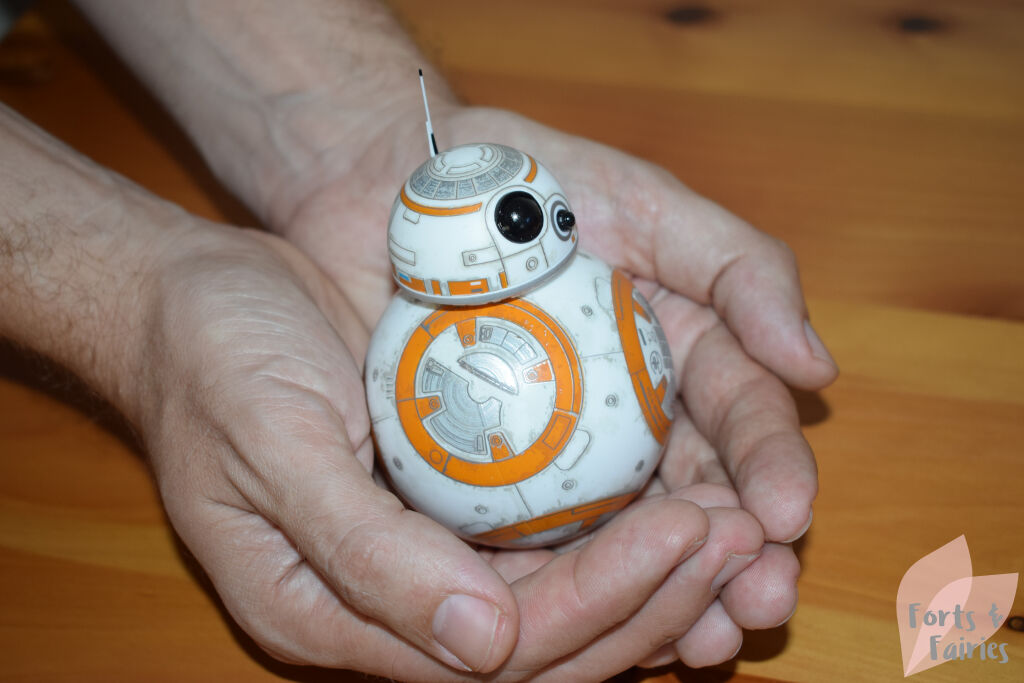 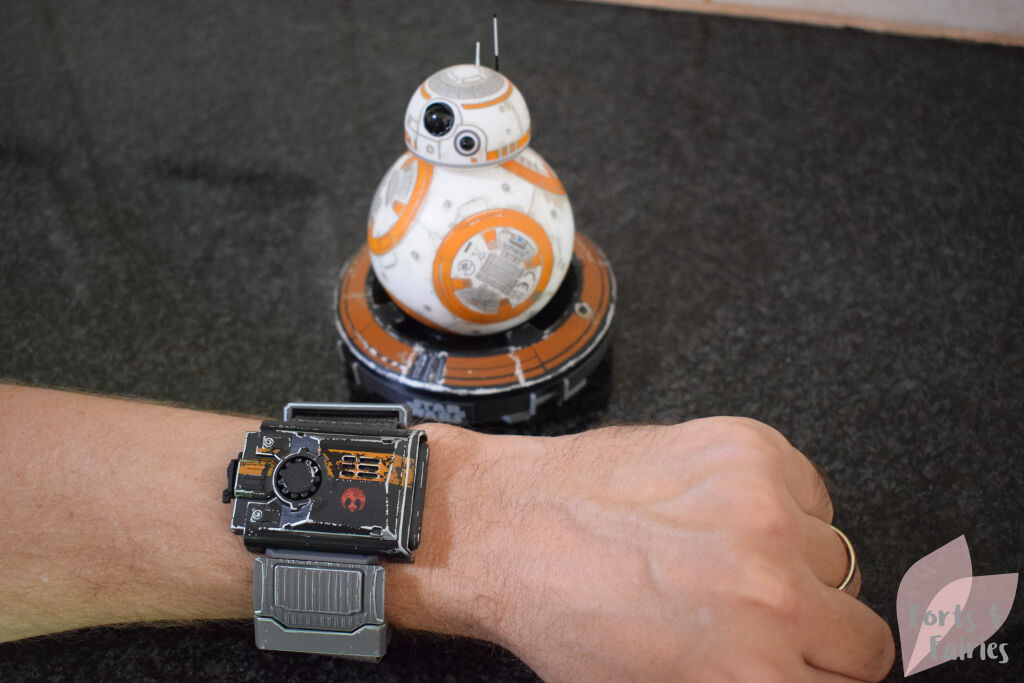 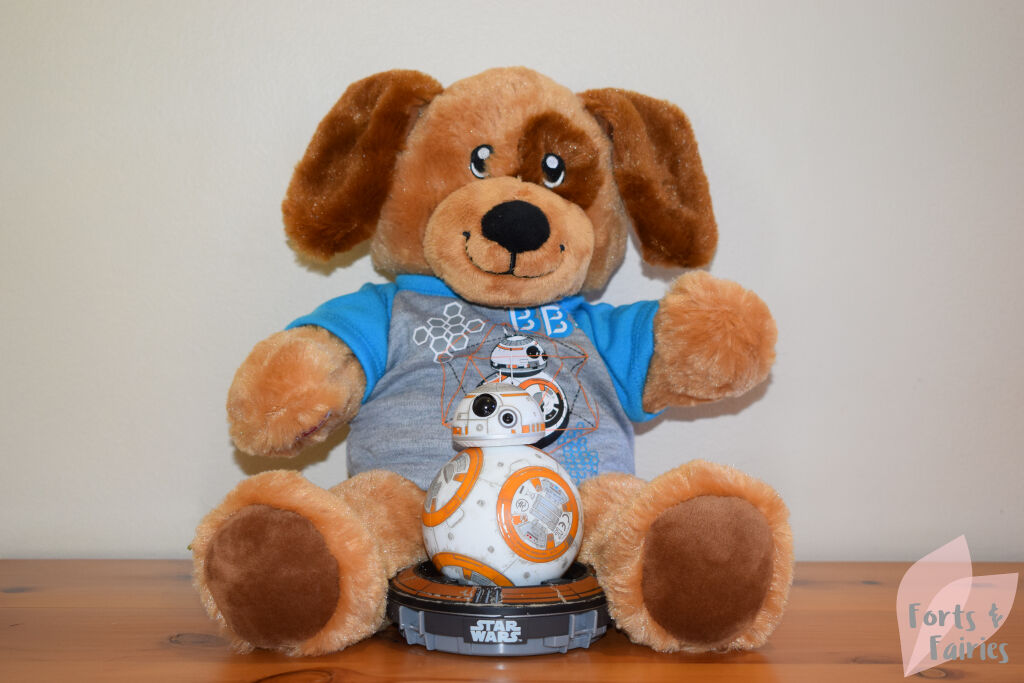 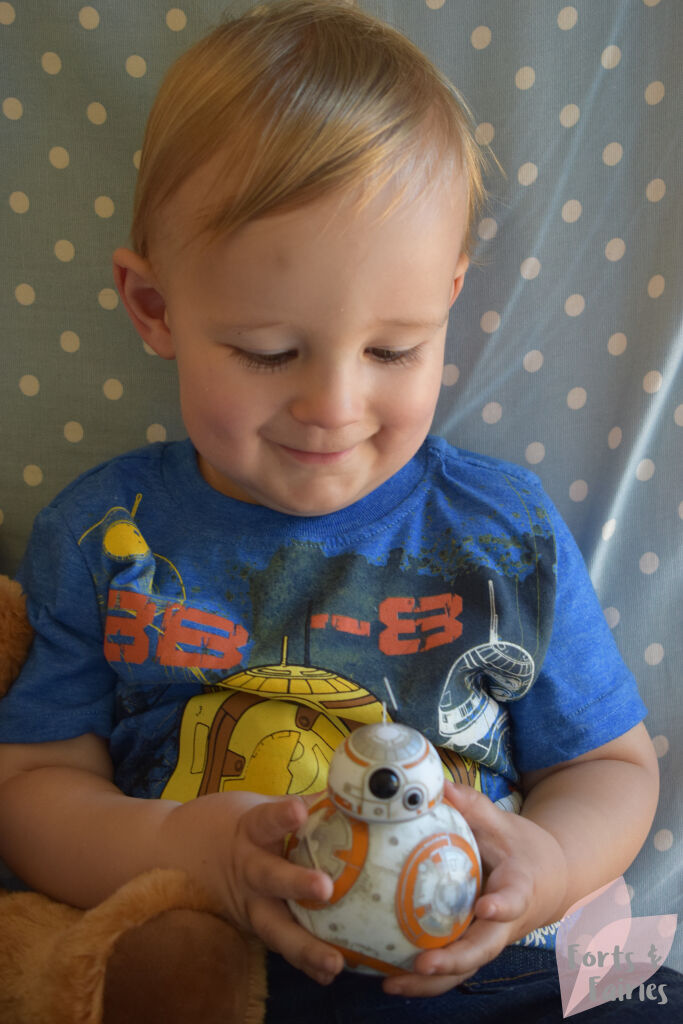 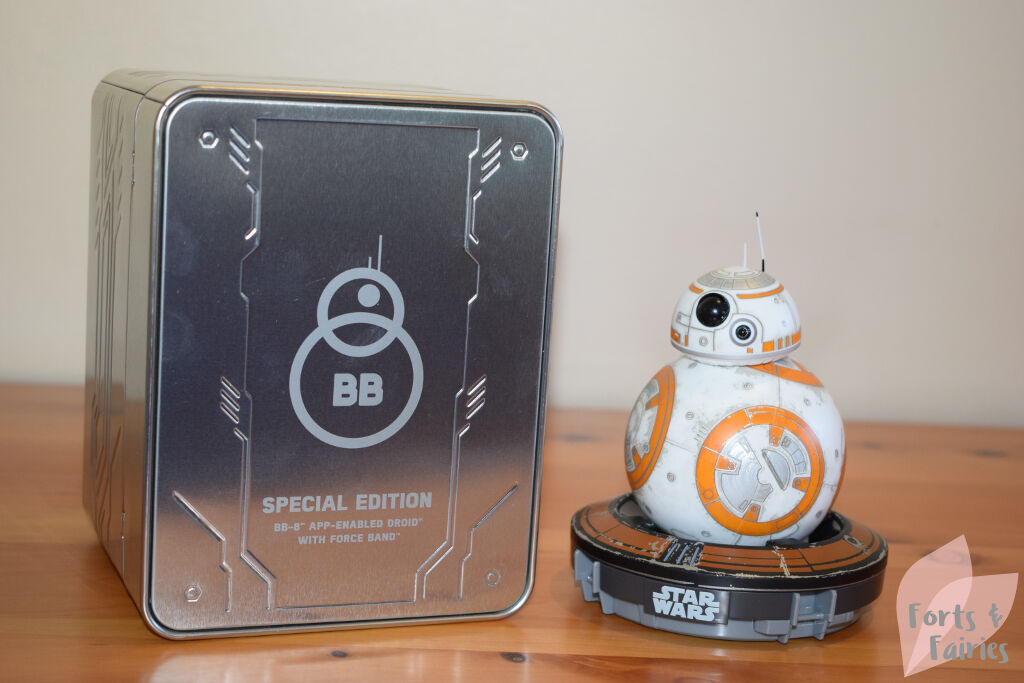 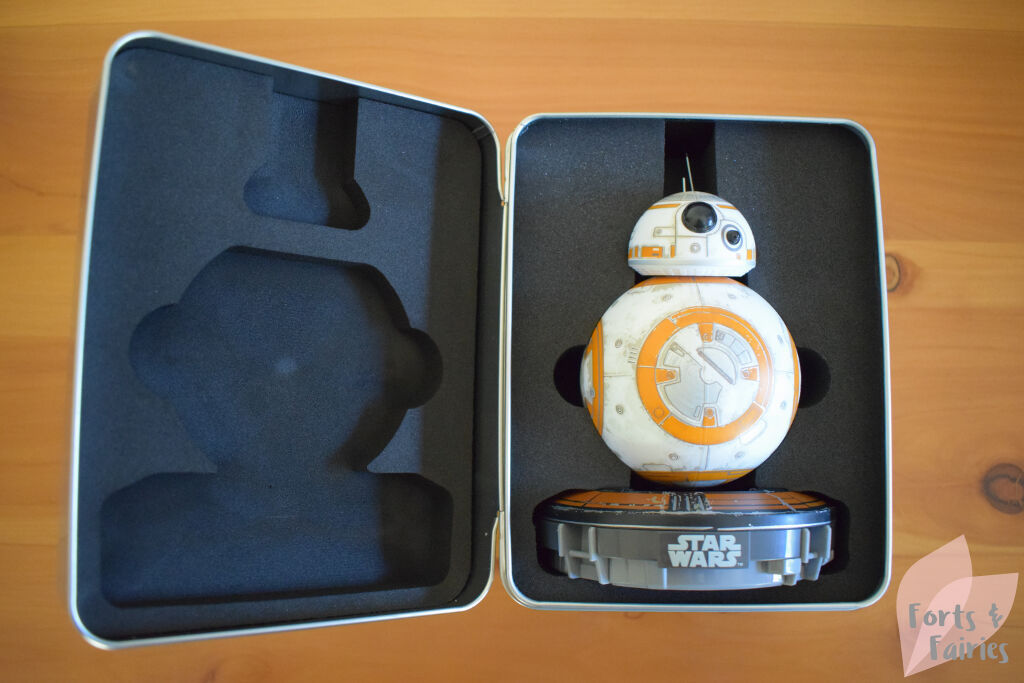