It won’t take long for your family to fall in love with Angry Owl, he’s a wonderfully fun and friendly character that, despite his furrowed brows, will teach your children great lessons. This is the fourth adventure for Angry Owl and, as with the other titles in this series by local author and illustrator Kerryn Ponter, Angry Owl finds a hobby is a must have for your bookshelf. 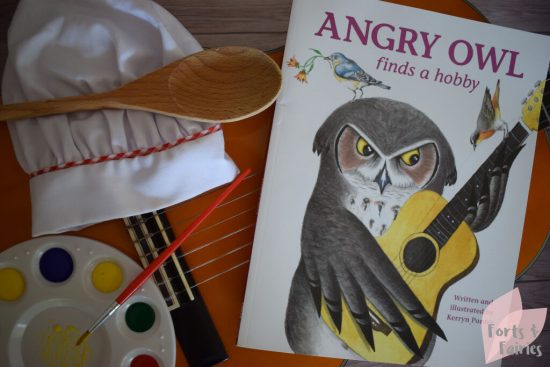 Angry Owl is inspired to take up a new hobby, so he decides to follow his dream of playing the guitar. He’s quickly put off when the other birds fly away though, and so chooses to become a rugby player instead. He doesn’t stick to that for long either, and works his way through attempting to be a cook, to knit, be an artist and even takes up a dance class.

Poor Angry Owl thinks he’s not good at anything, until a friend points out that he won’t be any good at anything until he practises.  He realises he didn’t practise with any of his hobbies at all, and so decides to practise and get better at what he was really passionate about all along…playing the guitar! 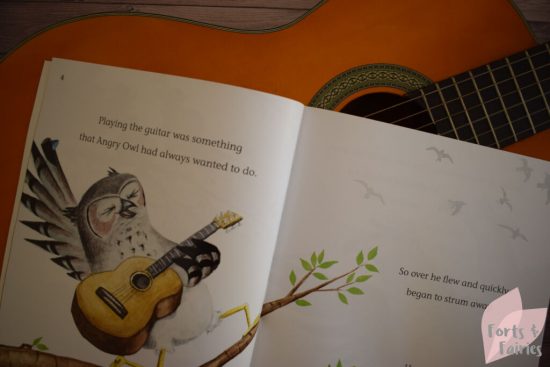 You will enjoy sharing this story together with your children, not only because of the message that we all need to practise and work hard at something if we’d like to improve on it, but also because you will find yourself giggling at the delightful illustrations of Angry Owl trying out an array of different hobbies. Have you ever seen an owl being chased by vulture rugby players? How about an owl drawing a portrait of flamingos? Or, my personal favourite, Angry Owl in legwarmers, looking suitably unimpressed, in a dance class.

Angry Owl finds a hobby is a fantastic new addition to the Angry Owl series and a great new read for storytime. Every school library should have an Angry Owl in it! 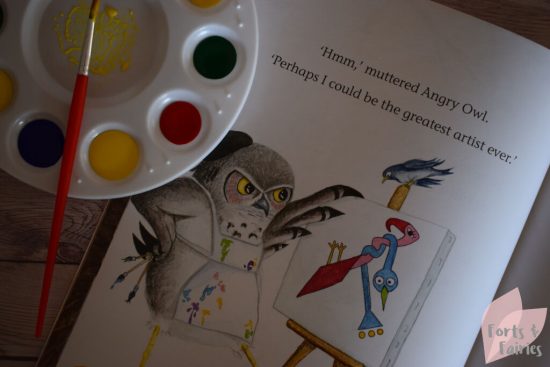 Angry Owl finds a hobby is available from book stores and online retailers for a recommended retail price of R70. It’s also available in Afrikaans.

Thanks to Penguin Books for adding this wonderful new book to our Angry Owl collection.