Listen To Me is the new Rizzoli & Isles thriller from Tess Gerritsen. Having just read The Surgeon, the first in this medical crime series which I found to be a gritty page-turner, I was looking forward to meeting up with Detective Jane Rizzoli again. 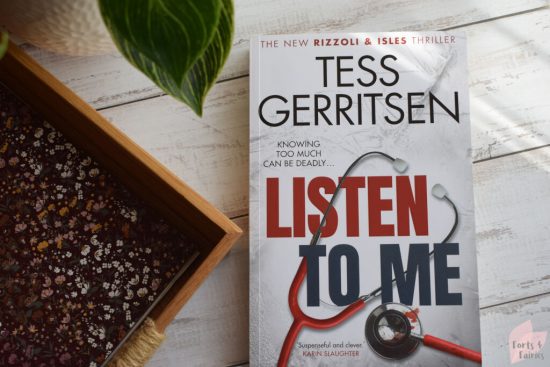 The story kicks off with the murder of widow Sofia Suarez, a well-liked nurse but someone who appears to have been guarding a dangerous secret because it seems her last days were filled with mysterious phone calls.

The more that Rizzoli and Forensic Pathologist Maura Isles discover about the case the more confusing it gets. And Rizzoli’s mother Angela is also trying to convince her daughter that something is amiss in her neighbourhood, but with her mind on other things she feels the homicide detective is not taking her seriously enough.

Listen to Me was very character driven but because we were following multiple characters and numerous story threads I found it was a bit of a slower thriller than I’m used to, but overall I still enjoyed the book.

Favourite quote from the book: “No information is useless. It’s just a key waiting for the right lock to open.”

How many ways can you say goodbye? (Book Review)