The End of Her (Book Review)

The End of Her is the new thriller from Shari Lapena. It’s a captivating read that will have you on the edge of your seat until you know the truth behind the accusation that’s leveled at Stephanie’s husband Patrick.

The two are newly married and struggling to cope with the demands of newborn twins. Stephanie is feeling slightly disorientated from sleep deprivation, causing her to doubt her actions and worry about her state of mind. But when Erica, a woman from Patrick’s past, pushes herself back into his life with startling threats and shocking claims their lives are turned even further upside down. 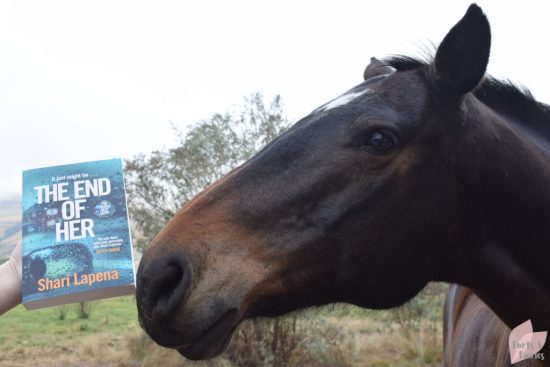 Stephanie knew that Patrick was married before and that his wife died in an accident, but now it’s being alleged that it was in fact murder. As the past comes hurtling into the present Stephanie is forced to question everything she knows about her husband. She wants to believe he’s innocent, but as the lies being to pile up fear begins to take root and doubt begins to unfurl.

The End of Her will have you questioning everything you think you know. There are other families lives also impacted by the arrival of Erica, each delicately woven into the story. I’ll let you discover how they unravel when you read the book yourself. One thing is for sure, you won’t want to put this book down until you know how it all ends.

The End of Her is available from bookstores and online retailers for a recommended retail price of R310. You can read an excerpt from The End of Her here.