The Enormous Crocodile Book and CD 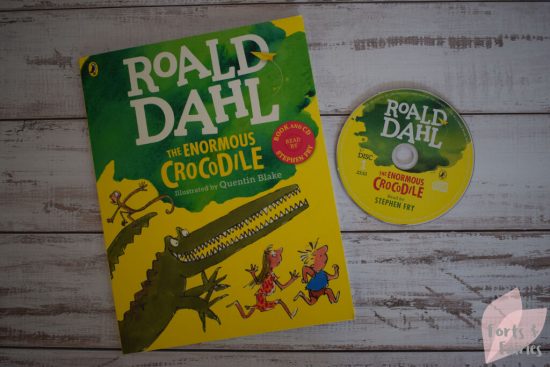 The Enormous Crocodile is the first book that Dahl wrote for younger children, it’s also the first of his stories that was illustrated by Quentin Blake. It was first published in 1978, and isn’t it remarkable that we are able to enjoy this new CD and book set with our children now. The book was inspired by the time he spent living in Africa when he was a young man.

The Enormous Crocodile is planning what to have for his lunch, he’s determined that he would like to look for a child despite the Notsobig One warning him against it. Along the way through the jungle to the town he meets Humpy-Rumpy the hippopotamus, Trunky the elephant, Muggle-Wump the monkey and the Roly-Poly Bird. 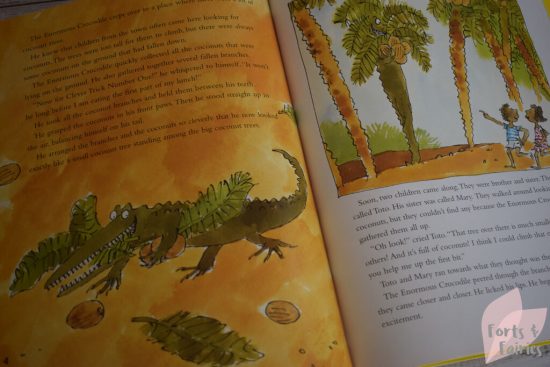 “For Clever Trick Number One” he disguises himself as a coconut tree, but before he can snap up the unsuspecting children Humpy-Rumpy exposes him. “Clever Trick Number Two” sees him pretending to be a see-saw at the playground, but sadly for him Muggle-Wump raises the alarm. This continues with The Enormous Crocodile posing as a wooden crocodile on a roundabout only to be outed by the Roly-Poly Bird and finally the sham ends with him masquerading as a bench at a picnic place. It’s here when Trunky steps in and, tired of his clever tricks, swings him around and then lets him go so that he shoots up into the sky and whizzes into space.

The story is beautifully brought to life by the brightly coloured illustrations of Quentin Blake. Your children will sit wide-eyed as the story unfolds, pointing out where the crocodile is hiding and rooting for the children to escape. I love audio books and this CD, read by Stephen Fry, has captivated Amy while she follows the story in the book. 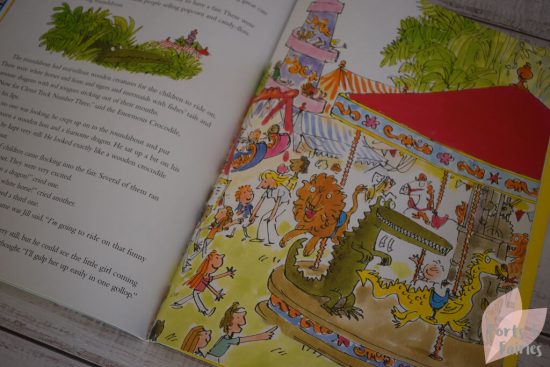 The Enormous Crocodile Book and CD set is available from bookstores and online retailers for a recommended retail price of R215. 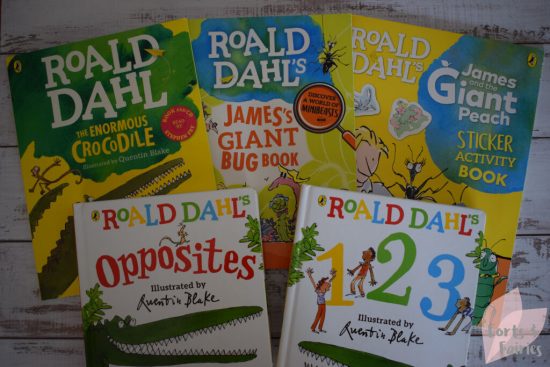 Thanks to Penguin Random House for sharing more Roald Dahl love with our chiddlers.