Even though we’re on lockdown it doesn’t mean we can’t look forward to browsing our favourite bookstore and picking up some new books to read in the future. In fact, you can even check out a few new titles as audio books or e-books right now, the perfect opportunity to enjoy an adventure and step into another world with a new book.

Luckily Penguin Random House has a great selection of new adult fiction titles. You can find out more about the hottest books this month below and line up your next book (or two). 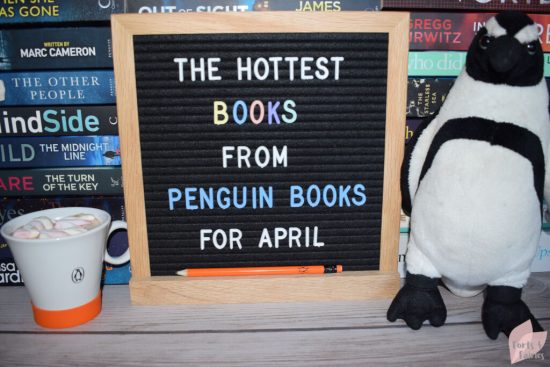 The Boy from the Woods, Harlan Coben (available as an audio book and e-book)

In Harlan Coben’s blistering new novel, The Boy from the Woods, a man whose past is shrouded in mystery must find a missing teenage girl before her disappearance brings about disastrous consequences for her community – and the world.

Redhead by the Side of the Road, Anne Tyler

Micah Mortimer isn’t the most polished person you’ll ever meet. His numerous sisters and in-laws regard him oddly but very fondly, but he has his ways and means of navigating the world. But then the order of things starts to tilt. His woman friend Cassia (he refuses to call anyone in her late thirties a ‘girlfriend’) tells him she’s facing eviction because of a cat. And when a teenager shows up at Micah’s door claiming to be his son, Micah is confronted with another surprise he seems poorly equipped to handle.

The Recovery of Rose Gold, Stephanie Wrobel (available as an e-book)

Rose Gold Watts believed she was sick for eighteen years. Turns out her mother is a really good liar… After five years in prison, all Patty Watts wants is to make amends with her daughter. But Rose Gold knows her mother, and she wants to be free of Patty. Forever. And only one Watts woman will get her way.

The Keeper, Jessica Moor (available as an e-book)

When Katie’s body is found, the police think she committed suicide. But the residents of the women’s refuge where she worked disagree. This searing feminist thriller asks what justice looks like in a system blinkered by prejudice.

Watching from the Dark, Gytha Lodge (available as an e-book)

When Aidan logs onto his laptop to Skype his girlfriend, he realises that there is someone else in her flat, and hears the sounds of a violent struggle. He is desperate to find out if she is okay. But why is he so hesitant to call the police?

Let me know which book you’ll be adding to your wishlist. I can’t be the only one counting down the days until we can visit a bookstore again, can I?