There is an elite group of soldiers known as the Army Rangers. These soldiers are well trained and travel wherever they are needed to carry out top secret missions. One unit within the Rangers stands out. Known as the Ninja Squad, this unit is led by a fearless and highly skilled Ranger. This unit of four Army Rangers has also just been arrested for committing a series of brutal civilian murders. 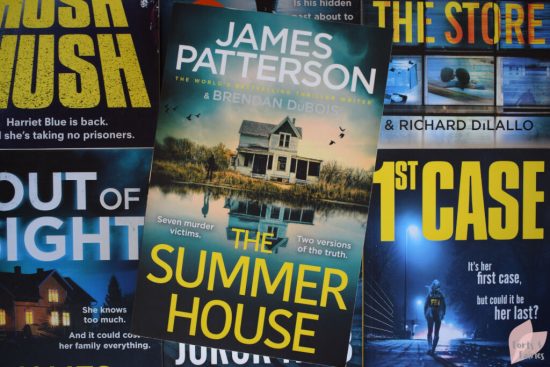 Major Cook, a war veteran and former NYPD cop, and his team are assigned to the case, sent by the Army’s Criminal Investigation Division to investigate the crime and ensure the military are getting a fair shake by the local law enforcement.  As the public’s interest in the case grows the team must navigate working together with the local police, track down witnesses and investigate the crime scene.

It doesn’t take long for them to realise that the local police are not being co-operative, in fact the deeper the team digs the more they discover just how much interference is being run. The question is why are they trying to bury this case when there are clearly discrepancies in the evidence, and how far are they willing to go to keep their secrets and get the team to leave town?

The Summer House is a fast-paced thriller, from the streets of the small town of Sullivan, Georgia to the battlefields of Afghanistan Major Cook’s team will stop at nothing to uncover the truth no matter which powerful forces stand against them. “Seven murder victims. Two versions of the truth.” You won’t want to put this book down until you know the answers.

The Summer House by James Patterson and Brendan DuBois is available for a recommended retail price of R310.

Thanks to Penguin Random House for sharing this new book with me.

Alice’s Adventures in Wonderland & Through the Looking-Glass