King Pong is a fun new party game that family and friends can enjoy together, a game that promises to have you all laughing as balls bounce wildly across the table and you race to be the first to bounce all your balls away into the unit! 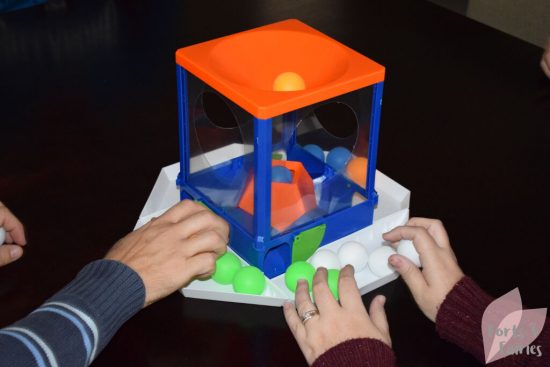 The game has four different trays, each with five different coloured balls. The challenge of the game is to bounce your balls into the large funnel on the lid or through the open window on the King Pong unit in front of you.  It’s not as easy as it sounds, so you’ll have to practice bouncing your balls high and low to get them through and fill your opponent’s trays. Accuracy and speed wins the round, but also a bit of luck! Did I mention that you are only allowed to use one hand to pick up and throw the balls? There’s also a randomising pyramid in the middle that means you never know whose tray the balls will roll into.

If you miss your target you must quickly fetch your ball and try again. The balls that go through the funnel and windows roll through to fill the trays in front of you and the other players. Only once you’ve emptied your own tray can you close the door to prevent any more rolling into yours and claim your victory. 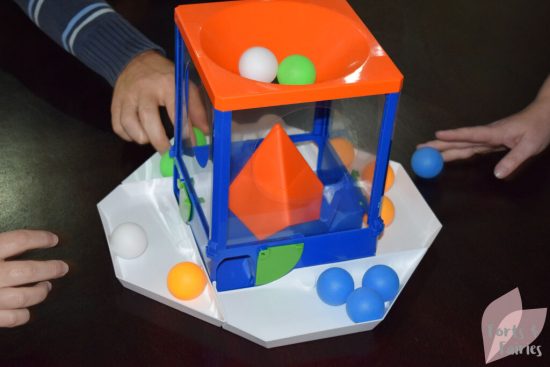 Playing King Pong with a bunch of our friends was loads of fun, balls were bouncing around the table while everyone was laughing and trying to outwit the other players. The kids had an absolute ‘ball’ with King Pong too, so it’s great that up to four players can enjoy the fun together. You can also play with two or three players, with special blocking triangles included to block off the trays not in use so fewer players are able to play the game. It’s easy to assemble and it’s also simple to take it apart and store it in the box. 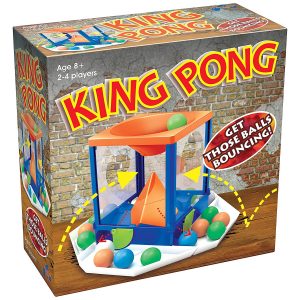 King Pong is available from toy stores and online retailers for a recommended retail price of R399.99.

Thanks to Prima Toys for the King Pong fun!

A Busy Day for Birds