Lying Beside You (Book Review)

After reading Good Girl Gone Bad and When She Was Good in the Cyrus Haven series author Michael Robotham quickly become a favourite of mine, and I couldn’t wait to dig into his newest book Lying Beside You. 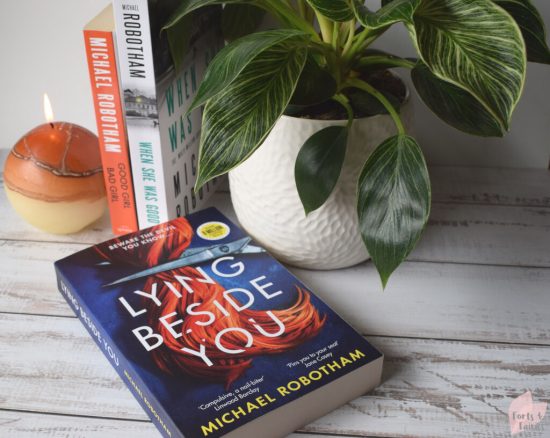 The story centers around two main characters, Cyrus and Evie, both of whom have traumatic pasts which continue to haunt them daily. Because of this these two have many flaws, but despite this I’ve found myself growing fond of the troubled pair who are just so delicately and meticulously crafted.

Cyrus, a forensic psychologist, is called to a crime scene where a man has been murdered and his daughter is now missing. It’s not until a second woman is abducted that the secrets both women have been keeping start to unravel and the connection between the two cases become clearer.

At the same time Cyrus must navigate his own feelings as his brother Elias is possibly being released from a psychiatric hospital. The same brother who murdered their family twenty years ago and who he must decide if he can forgive him. Can he move forward with Elias in his life, especially given Evie is now connected to him? Evie who ends up getting dangerously close to the truth after trying to help right a previous wrong.

Reading Lying Beside You was like picking up where you’ve left off with an old friend, after all that life has made them suffer Cyrus and Evie may not be perfect people anymore but that certainly doesn’t make them any less likeable. A fantastic new instalment in this thriller series, it will leave you wondering where the author will take them next and ultimately wanting more of Robotham.

Thanks to Jonathan Ball Publishers for sending me this book in exchange for an honest review.

I See a Rhinoceros