Secret Service is an engaging new spy thriller from Tom Brabdy. I loved the fast pace of the book, how it incorporated a lot of the personal side of the characters too, and how it didn’t lose me with the technical side of the intelligence world.

Kate Henderson is a senior MI6 officer, and right now she’s investigating a tip that could lead to a very serious political situation. Her team uncovers intelligence that the British Prime Minister is sick and his resignation is imminent. Even more concerning is the threat that one of the leading candidates to replace him may be a Russian agent of influence. 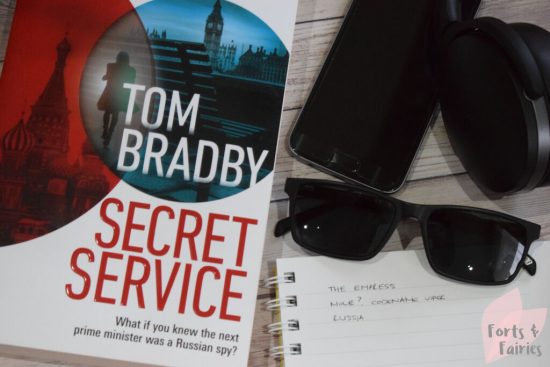 Now faced with a decision as to whether the intelligence is reliable, her team must tread lightly so as not to ruffle any feathers in case Russia is just setting Britain up for a major embarrassment but also assign enough weight to the threat in case there is in fact a spy in their ranks. The intensity of their search is sent into overdrive when the Prime Minister resigns and Kate must now spearhead the hunt not only for the spy but also for a mole codenamed Viper.

In between this dangerous task Kate must also balance being a wife, mother and daughter. It is this struggle to juggle battling to see eye to eye with her two teenage children, to get along with her mother who has Alzheimer’s, and be an attentive wife to a demanding husband that set this book apart from other spy titles I have read before. Not only were we given an in-depth look into the challenges Kate faces on a business level, but on a personal one too. I also found it easy to keep up with the intelligence world as described by the author, it was technical enough to keep me immersed in the story but not too technical that I found I was getting lost between different agencies and codenames.

If you enjoy spy thrillers Secret Service promises to be a captivating read.  It will keep you guessing and wondering how far the spy and mole are willing to go to achieve their goal, and exactly what Kate stands to lose if they succeed.

Secret Service is available from book stores and online retailers for a recommended retail price of R290.