There won’t be many of us reading this that haven’t seen The Lion King. It’s one of those iconic classic films that left its mark on us and which we still fondly remember even as adults. Passing our love of the characters onto our own children almost seems a rite of passage, and in our home we can never listen to The Circle of Life without belting it out at the top of our lungs.

So, it goes without saying then that we’re excited about the new The Lion King film that opens in cinemas on 19 July. And by we I mean everyone who knows what Hakuna Matata means. We know the story well, but in the new film Disney has struck a fine balance between making us fall in love, breaking our hearts, and giving us plenty of laughs and sing-along moments along the way too. 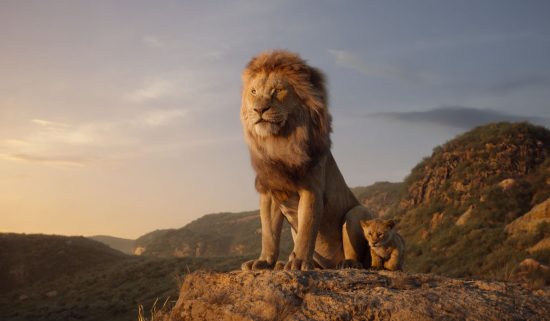 The Lion King will be enjoyed by audiences around the world, it’s bit of a phenomenon for Disney that is re-entering the spotlight after 25 years. But if you are from South Africa then Africa is in your blood and you will feel a very special pull from this film. Seeing the magnificent wild animals who call our beautiful country home, hearing the praise singing for a king, and being carried away in the verses of Zulu will stir your heart and your pride, and probably leave you wanting to pack your bags and head for the bush this very weekend!

The new filmmaking techniques used in the film breathe life into the story in a way that you have never seen before. It’s breathtaking to watch as the African savannah comes to life, from the smallest little mouse to an enormous elephant you will see the animals of the Pride Lands coming together to celebrate the birth of King Mufasa’s son, Simba. Not everyone is happy about the new heir to the throne, however, and a curious cub is soon led astray by his scheming uncle and before long a tragic accident happens that will leave you breathless even if you thought you would be prepared. 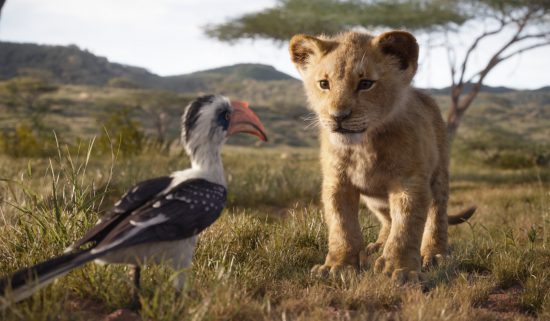 Seeing the love between Mufasa and Simba in this new way was captivating, the tenderness between the lions and how they express their emotions by rubbing up against one another was beautifully captured. As expected Pumbaa and Timon were hilarious, and I could not stop my feet from tapping during a rousing rendition of Hakuna Matata and In The Jungle. It’s here that I should mention that there is a mix of the songs from the original film which we all know and love, but also many powerful new songs which will become new favourites in time too I think.

Scar and the hyenas are suitably frightening, so if you have young children be warned. The fight scenes between the lions and the hyenas may also be unnerving for sensitive viewers. But the sombre moments are balanced by the warthog and meerkat pair who even pay subtle tribute to Frozen and Beauty and the Beast. 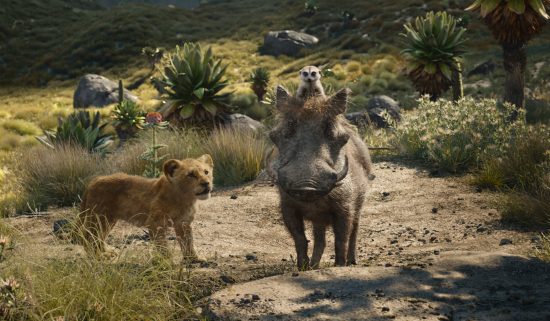 The film is directed by Jon Favreau and features the voices of Donald Glover as Simba, Beyoncé Knowles-Carter as Nala, James Earl Jones as Mufasa, Chiwetel Ejiofor as Scar, Seth Rogen as Pumbaa and Billy Eichner as Timon. The Lion King retains the spirit of the original, and doesn’t venture far from the story we know, but seeing it again with this new technology brings the story to life in a way we could never have imagined. I love how Disney is letting us celebrate the films we treasure from our childhood but letting us share those classics with our children now too in a whole new way.

The Lion King opens in cinemas across South Africa on 19 July.

Thanks to Disney for hosting me to watch The Lion King.

My First Thomas the Train, Push Along James the Train Review

The Giver of Stars