The new range of My Little Pony Equestria Girls has just arrived on shelves, with the Mane-6 now available as teenage human fashion dolls for your little girls to play with, brush their hair, hug and love. You’ll have a hard time choosing your favourite with Twilight Sparkle, Rainbow Dash, Pinkie Pie, Fluttershy, Rarity, Apple Jack and Sunset Shimmer each looking beautifully stylish with colourful hair and sculpted outfits.

My Little Pony is a brand that has been around for a while now, I used to play with my Rainbow Dash pony when I was a little girl. I love how it’s evolved to give our children the chance to play with the same ponies we all loved growing up, and now these stunning Equestria Girls dolls too. As much as I love the ponies, it’s special to be able to play with the fashion dolls as they encourage imaginative role-play. 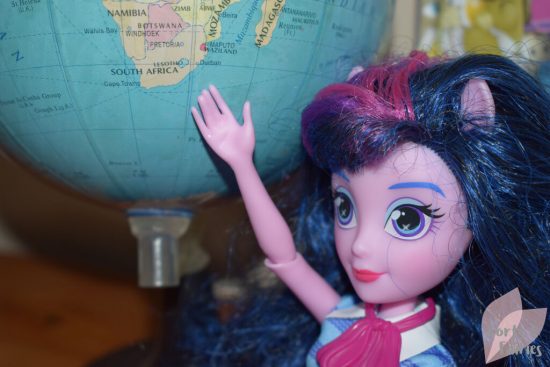 The Equestria Girls have arrived in South Africa!

The story goes that there is a magical mirror connecting the My Little Pony world to Canterlot High, so when the ponies step through they are transformed into teenage humans, but still featuring their cute pony ears peaking through their hair.

The dolls themselves are beautiful, standing at 28cm they are quite tall, and each comes dressed in an outfit that is inspired by their cutie marks as well as fashion accessories to complement their personality. We received Twilight Sparkle who has pretty, long shiny dark blue hair with a striking purple and pink streak in the front.  Her hair is soft and lovely to brush and style. Her face is friendly with two beautiful big eyes, a delicate nose and a pink smile. She’s wearing a white-collared dress which features purple and white stars on it to represent her cutie mark as well as a pink bow around her neck. 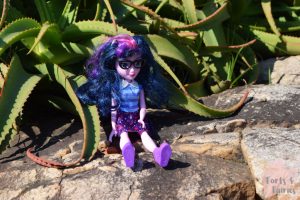 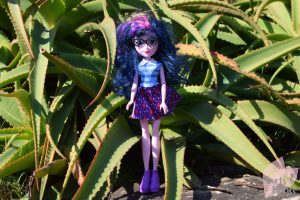 The studious Twilight Sparkle also has glasses which you can easily pop on her, featuring two stars on each corner of course, and purple shoes which are also easy to remove and put on again. She has 7 points of articulation, so you can turn her head and move her arms at the shoulder and elbow, as well as her legs at her hips. 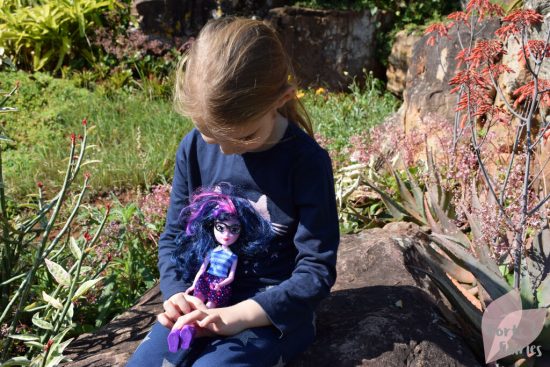 Thanks to Hasbro South Africa for helping me to share my love of My Little Pony with Amy.