If you follow my blog you will know that I’m a big Star Wars fan, and so I was so excited when the team at Hasbro contacted me to review the new Star Wars themed Operation game. We have the original Operation and we have had lots of fun playing it together, so we couldn’t wait to test this new one out too! 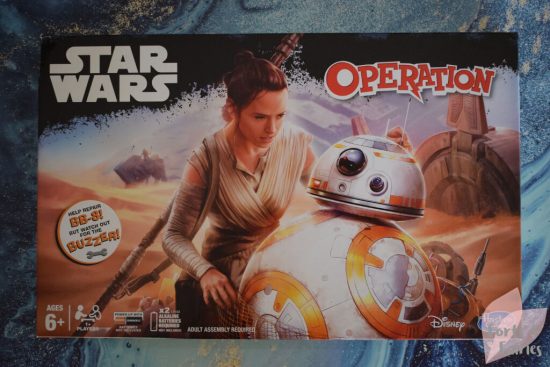 Operation: Star Wars Edition sees players challenged to repair BB-8. This droid, whom we met and instantly fell in love with in Star Wars: The Force Awakens, has just been rescued on Jakku but he needs repairs to get him rolling again. Poor BB-8 has a bad memory chip, a cranky crank shaft and a jumping gyroscope.

You’ll need a steady hand to use the tweezers to remove his defective droid parts, but make sure you watch out for the buzzer! If you touch the metal sides BB-8 will buzz and his red light will light up, if you didn’t complete the operation of removing the droid part before he buzzed then your turn is over. Once all 12 defective droid parts have been removed the game is complete and the player with the most droid parts wins. 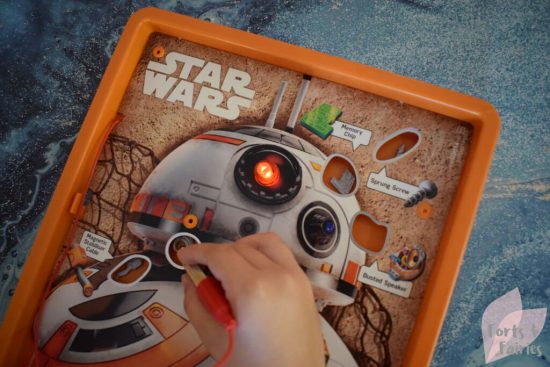 I love that this game includes the classic Operation gameplay but with a Star Wars twist. Not only is it lots of fun to play, but it also has the bonus of developing your children’s fine motor skills and helping to improve their critical thinking, problem solving and concentration abilities. It’s also a competitive game and can teach your children good sportsmanship.

Even though the game is recommended for children aged six years and older, Amy (who is four) has loved the challenge it has presented to her and I have marvelled at how she’s had to adapt her strategies to remove the defective droid parts from BB-8. Ethan (who is two) also loves playing, although he does get buzzed a lot and I have to help him quite a bit. Together the two of us target the parts which are easier to remove, which is amusing because then Amy has to up her game to tackle removing the harder parts! 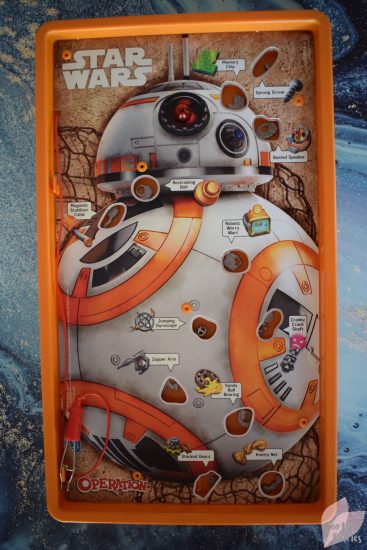 You can play Operation: Star Wars solo or with friends. Amy doesn’t mind playing alone (I think she’s honing her skills to beat Ethan and I), but she also does enjoy the competition offered when we step in to challenge her.

Operation: Star Wars Edition is available from online stores for R399. It’s recommended for children aged six years and older. Take note that the game does require two AA batteries which are not included, so make sure you stock up with these as well so you can start playing right away!

Thanks to Hasbro for sharing the Star Wars love with us.