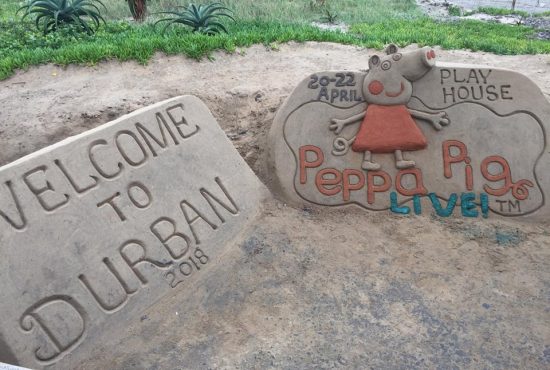 Peppa Pig Live arrived in Durban earlier this month, it’s the first time this live musical stage experience is in South Africa. It was fun, family friendly, and full of sing along songs and dances that made it the perfect introduction to theatre for my children. It had been the talk of the town for many weeks already, the shows were sold out, and the kiddies were excited in my daughter’s school class and Peppa had also been spotted on posters out and about. That week we eagerly counted down the sleeps!

There was a roar from the excited children in the Playhouse Company Theatre as first Peppa Pig, then George, Mummy pig and Daddy pig came out onto the stage. The story was about Polly Parrot who has gone missing along with George’s beloved Mr Dinosaur. The family sets out to get Polly and Mr Dinosaur back, which takes them on a journey that starts at Peppa’s house but soon moves to the beach and even the mountains. 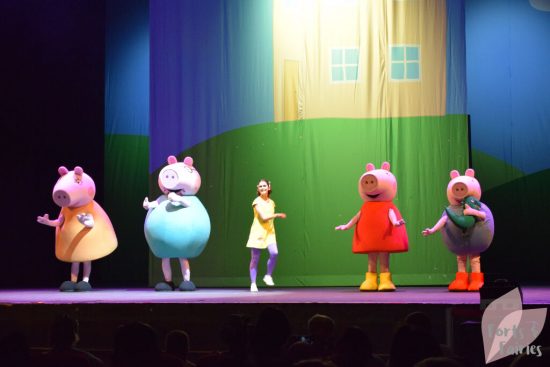 The show features life-sized puppets and incredible costumed characters, bringing the popular characters based on the well-known animated television series to life. The songs were clearly audible and many kiddies in the audience sang along. Even if you didn’t know the Bing Bong song before, you would have been humming it on the way home! The story was interactive with the children being asked questions to involve them in the show. Along the way we were also introduced to Peppa’s friends including Suzy Sheep and Danny Dog, who shared even more songs with us.

The family’s stop at the beach was probably my favourite scene, with circles of light flashing over us, small, large and extra-large beach balls being bounced around the audience, and even bubbles billowing softly into the seats. 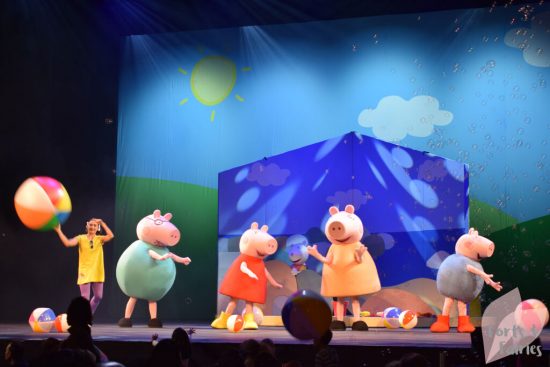 Both of my children were entranced throughout the show, even Ethan at just 23 months sat still watching the story unfold as he happily munched away on popcorn. The quality of the costumes was impressive, as were the props. There was a lot of humour which the kids loved, and it was a fun, happy experience and a great family outing.

Meeting Peppa Pig and her family after the show was the cherry on the top for us. There was colouring in, stickers and juice for the kids to enjoy while we waited for the stars of the show. Both of my children surprised me by loving meeting Peppa Pig. The smiles on their faces said it all. Here’s to more awesome shows coming to Durban and more family theatre fun! 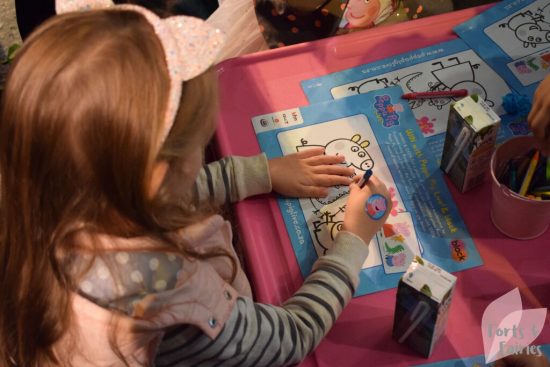 Even though the show is over, the memories live on. While we were watering the garden the other day Amy started singing ‘muddy’, muddy puddles’ while she and Ethan jumped in the puddles. Peppa and George are also still being cuddled to sleep every night.

Peppa Pig Live has already been to Johannesburg, Cape Town, and Durban and will be heading to the South African State Theatre in Pretoria next on the 16th and 17th of June with a stopover at the Opera House in Port Elizabeth on the 23rd and 24th June. Do you have your tickets yet? There are family discount packages available as well as VIP Meet and Greet packages which include a premium seat in the first 10 rows of the theatre, an exclusive Peppa Pig Live gift, and the chance to meet Peppa Pig and her family as well as have a photo with the stars of the show. For more information visit the Peppa Pig Live website or follow Peppa Pig Live on Facebook. 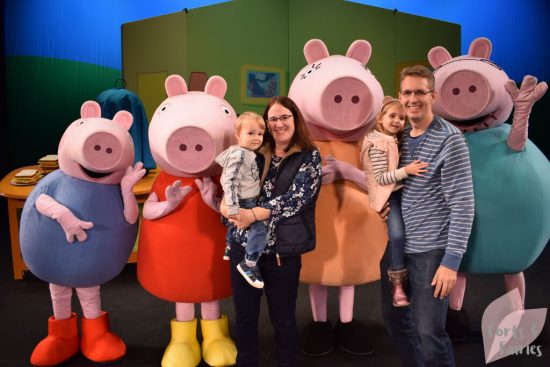 There is also some wonderful Peppa Pig merchandise available from the show. Watch this space for a review of some of the awesome toys that are now in store!