Wreck-it-Ralph is back, and this new adventure sees him and his best friend Vanellope exploring the internet. The kids will love this new animated film from Walt Disney Animation Studios, but parents will enjoy the humour in Ralph Breaks The Internet just as much. If you’re a fan of videogames then you’re really in for a treat!

Wreck-it-Ralph is happy with his life in Litwak’s arcade, he doesn’t mind his day job working in his game and he now has a friend to hang out with after hours in other games too. Together Vanellope and Ralph enjoy refreshments at Tapper and challenge each other to racing in Tron. Vanellope, however, isn’t satisfied with the challenge of her game Sugar Rush, and when Ralph tries to add a bit of variety for her it sets into motion a chain of events that sees the pair heading off into the unknown of the internet to try and save her game. 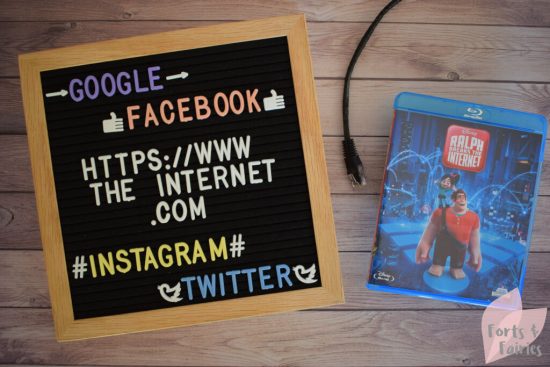 The internet is beautifully imagined, and you will enjoy seeing the big names and familiar social media channels brought to life. Look over there, there’s Amazon…don’t miss the blue birds of Twitter flying past, and there’s Snapchat headquarters. The search bar helps them on their quest to save the game, but before long they find themselves facing off against the tough team from Slaughter Race, a gritty online auto-racing game.  As a daredevil racer Vanellope embraces the new game, and Ralph becomes concerned that he may lose his only friend. He seeks out the help of someone on the dark net to help him win her back, and unwittingly breaks the internet.

Vanellope’s encounter with the Disney princesses will have you laughing out loud, and if you’re a Marvel fan you will love the Stan Lee cameo. But Ralph Breaks The Internet has many lessons to teach us about friendship too, making this a great choice for a family holiday movie this Christmas.

Ralph Breaks The Internet is now available on DVD and Blu-Ray.  Check out a trailer for the new movie below.