The Neighbour is a new thriller from Fiona Cummins. It’s an unsettling mystery that often may leave you feeling slightly uneasy, but never once will you consider putting this book down because once you’ve started you will find yourself needing to know how it ends.

The Lockwood family is hoping for a fresh start in their new home. They know about the local murders at The Avenue, but they are sure the killer will be caught soon. Detective Sergeant Wildeve Stanton is part of the team investigating the murders but is drawn even closer into the fray after tragedy strikes closer to her than she could ever imagine. 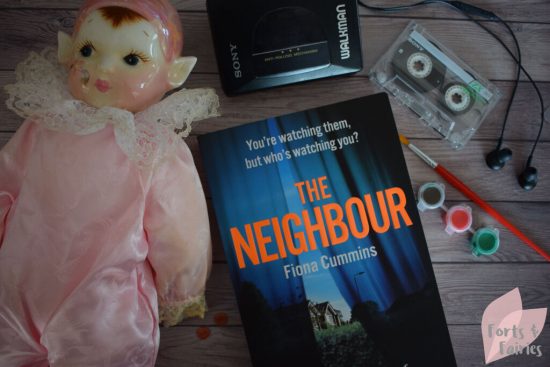 As we meet the residents, their lives are slowly exposed and the secrets of their pasts revealed through intimate thoughts shared in the first person narrative. Some will be so shocking they’ll leave you breathless, some so callous you’ll be disturbed, and others will leave you feeling just plain sad. After yet another murder victim is discovered the hunt intensifies, and so do the sinister details of the murderer being called the Doll Maker. All is not as it should be in The Avenue.

With each chapter you’ll learn more unnerving facts but will still be no closer to actually figuring out who the real killer is. “You’re watching them, but who’s watching you?”

The Neighbour is available from book stores and online retailers for a recommended retail price of R300.

Thanks to Pan Macmillan for sharing this thriller with me.

MamaMagic: save pennies and have some fun

The Girl, The Bear and the Magic Shoes