Top Unicorn books for children of all ages!

There’s just something magical about unicorns, and I love how they’ve remained so popular over the past year. Pan Macmillan has some incredible new titles to celebrate these mythical creatures, this range includes new fun stories, colouring in books and even a slime kit that you can share together with your children. There is something for every child who loves unicorns, and these are available just in time for the school holidays and Christmas time too!

Check out my top unicorn picks for children of all ages below, and just remember…you can never have too many unicorn goodies in your life! 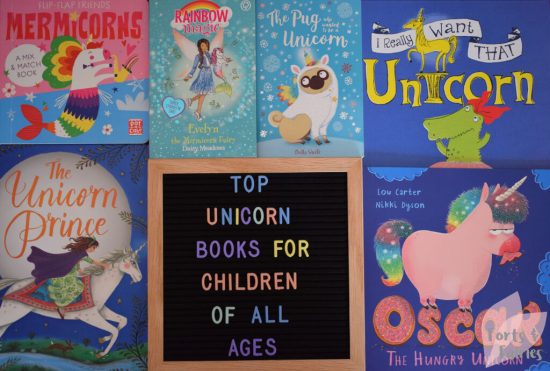 This beautiful colouring book features over 30 stunning illustrations of magical Unicorns and Narwhals as well as enchanting flower patterns. It also includes four pastel markers (green, blue, pink and purple) and two glitter glues (pink and silver) for you to colour in to your heart’s content. The pad is safe inside a hardcover, which also stores the markers and glitter glues, and you can even tear out the pages if you’d like to display your new creations. If you have a child who enjoys colouring in they will love this book, just make sure they know beforehand that they may have to share with mom! 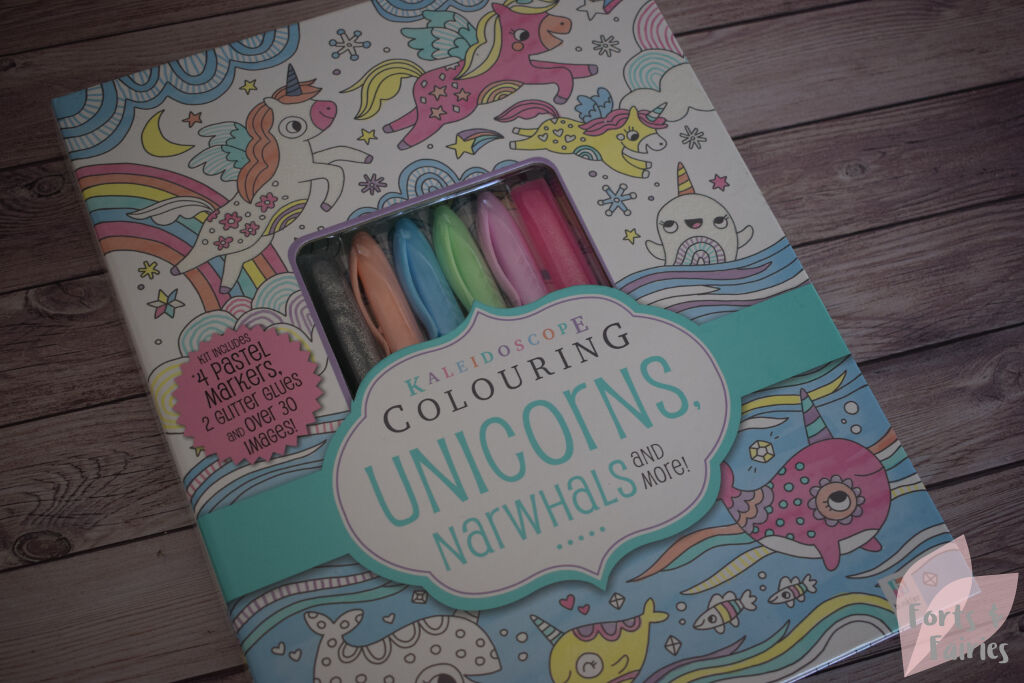 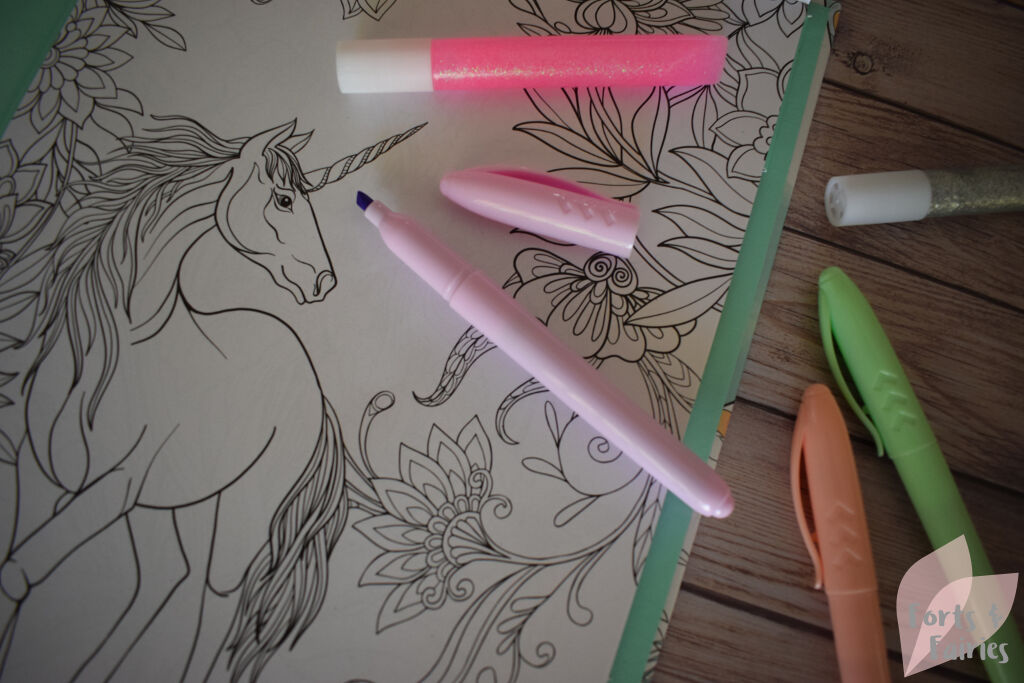 Oscar is a unicorn, but he’s not like any other unicorn you’ve ever seen. He’s a hungry unicorn, and because he’s so hungry and can’t help himself he eats everything in sight. Everything! After he eats his stable he moves on to stay with the witch, but soon has to move again after he eats that delicious sweet cottage. Next up it’s a pirate ship (glug glug), and then he is escorted out of the fairies’ meadow after eating their toadstools. Where will Oscar go and will he ever find a new home?  This is a fun story with bright and beautiful illustrations as well as a glittery cover. It makes my children giggle every time we read it, and because of that I love choosing it at story time. Thank goodness Princess Oola has been searching for a unicorn forever! 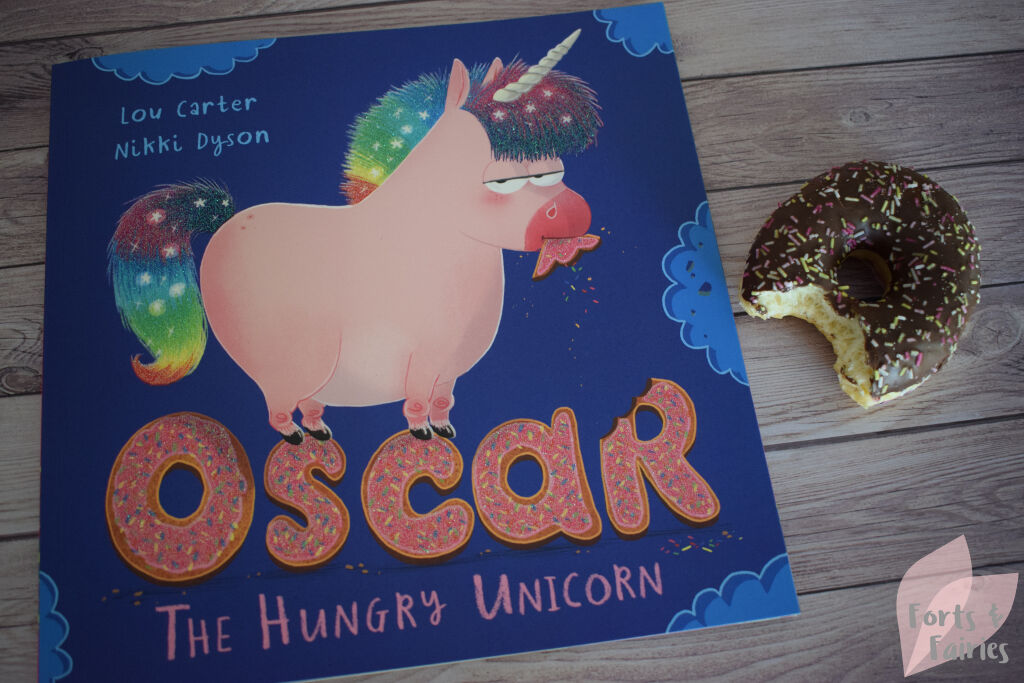 There’s only one thing more awesome than a unicorn, and that’s a mermicorn. A mermicorn is a mermaid crossed with a unicorn, and the perfect fit for this fun mix and match book. This new split page board book encourages little ones to use their imagination as they flip the flaps and create 72 crazy but cool possible combinations of mermicorns. Each split page features brightly coloured and festively fun mermaid and unicorn characters, with the top and bottom halves labelled differently. As you flap the page you can then create new character names…get ready to meet Twirly Mane Flashy Fin, Candy Stripe Sequin Shell, and Sunshine Pearl Rainbow Toes. Younger readers will enjoy this flip-flap fun! 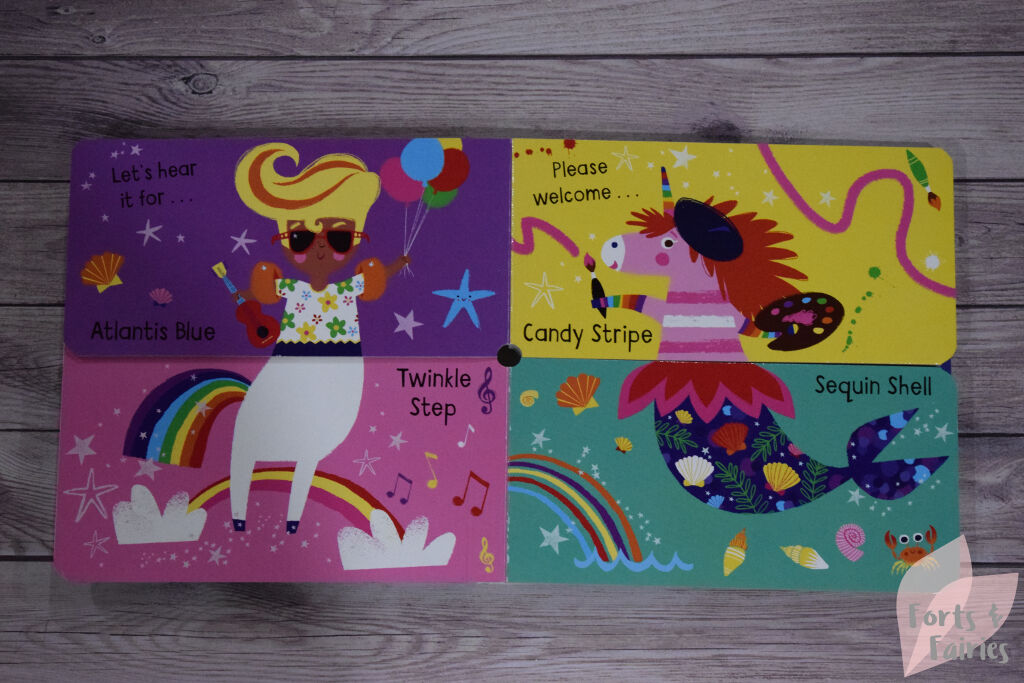 The Unicorn Prince is a wonderfully captivating story, filled with beautiful illustrations and enchanting creatures it will capture your child’s imagination and make this a popular choice for story time. A young woman called Annis and her grandmother live in a battered castle, they don’t have much but she shares what she has with a happy heart. One day she meets an injured unicorn, she helps him and invites him to stay. She soon offers shelter to a family of fairies too. The fairies repay her kindness by repairing the castle, and word spreads of the beautiful woman who now lives in a magnificent castle. Many suitors arrive, but none are keen to share the castle with fairies. Annis wishes the unicorn was a prince for he is kind, the curse placed upon him is broken by her kind heart, and he changes into a handsome prince. The Unicorn Prince has the potential to be a modern day fairytale classic. This is the newest adventure in this popular series and features three stories in one. Rachel and Kirsty are joined by Evelyn the Mermicorn Fairy, whose special magic gives people confidence. Jack Frost kidnaps her special magical mermicorn pet leaving the magic in danger and the fairies must rediscover their inner strength to stop him.  Fun stories to read to your children, illustrated with simple black and white sketches that help to bring the tales to life. 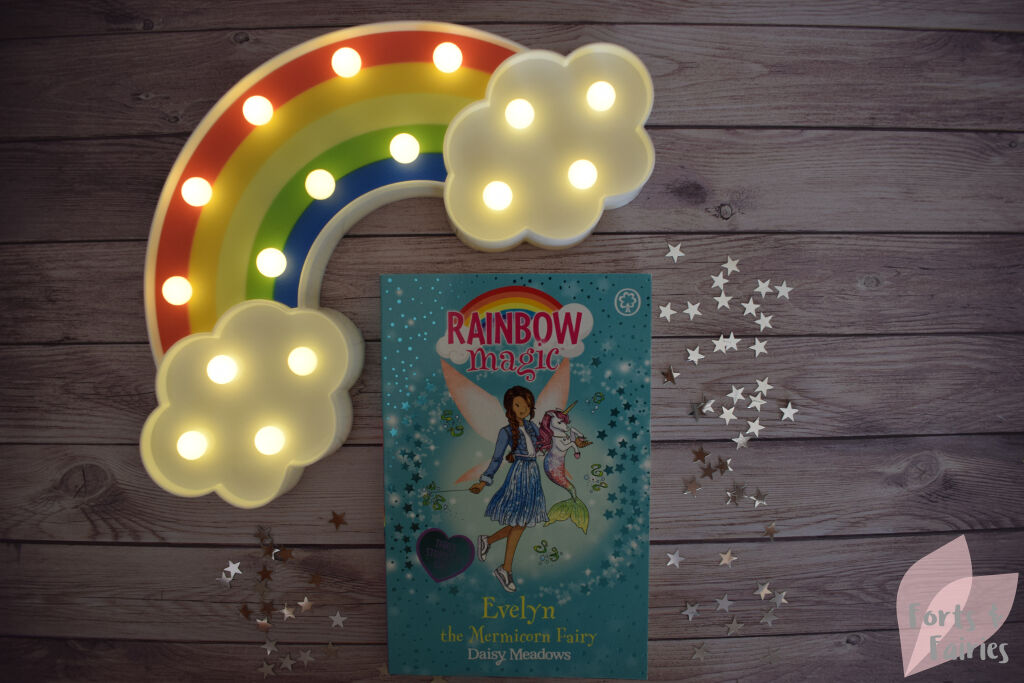 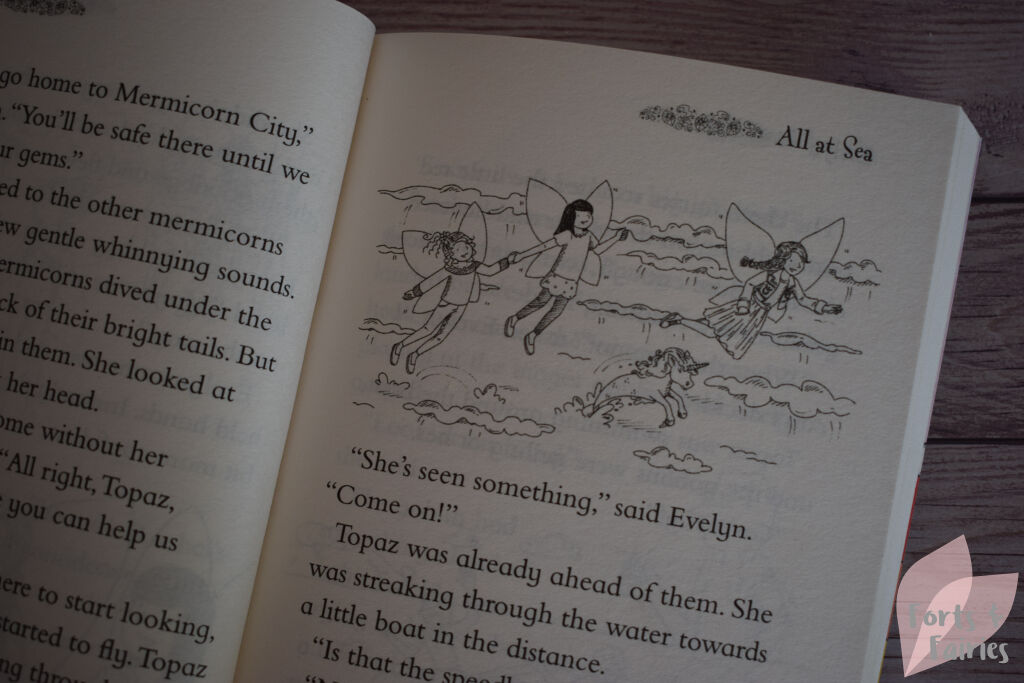 I Really Want That Unicorn

Your children will enjoy seeing the animals’ funny talents on show in this book, but they will also learn a valuable lesson about friendship too. Everyone is practising for the talent competition, the prize is the sought after Mellow Yellow Unicorn with it’s glow-in-the-dark horn. Chloe Crocodile is desperate to win, and is hard at work practising her unicycle stunts, but Veronica Elephant is very good at hula-hooping and also wants to win. The day arrives, and the two contestants reveal their rainbow cakes, magic castles and unicorn fairy costumes before showing off their performances. Miss Twinkletoes, however, doesn’t choose either of them as the winner, leading them to realise that being friends is much more important than anything, even unicorns. 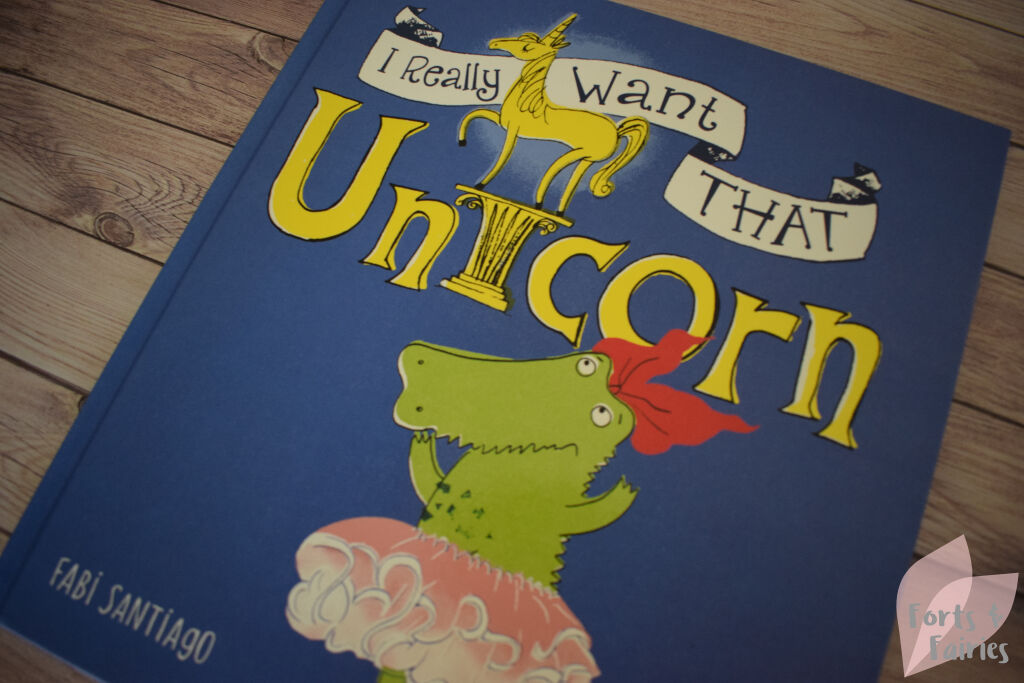 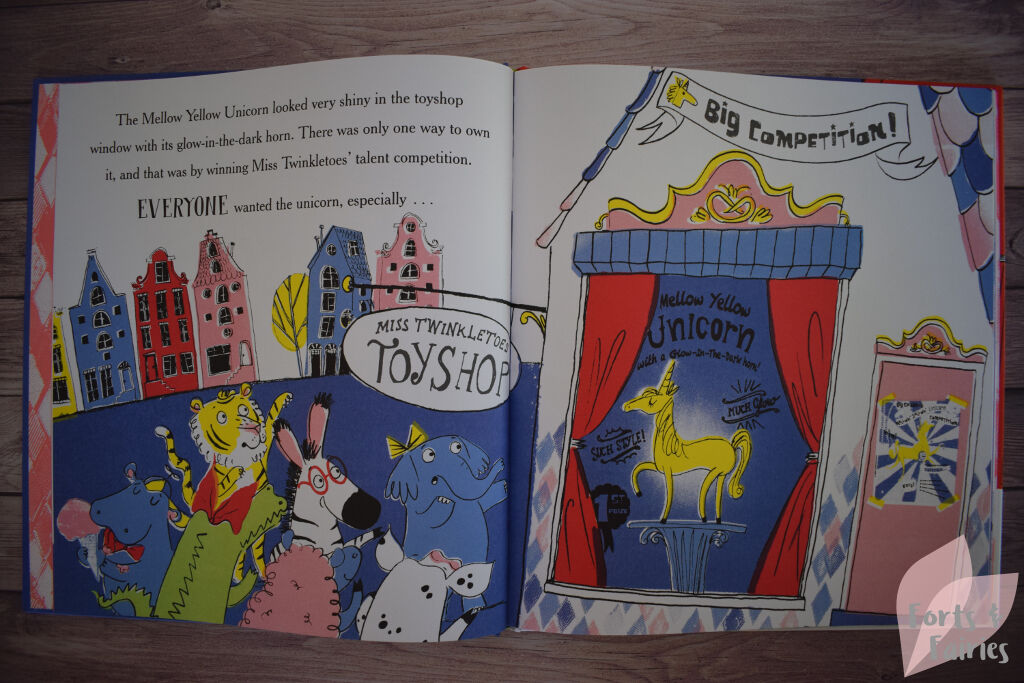 The Pug who wanted to be a Unicorn

Peggy the pug puppy finds herself abandoned just before Christmas, but is lucky to be fostered by a family with three children for this special holiday. It doesn’t take long for Peggy to fall in love with her new home, and for her to discover that her favourite friend Chloe adores unicorns. Determined to find her forever home Peggy does whatever she can to try and turn into a unicorn, but gets into some trouble along the way. This is a delightful story with fun illustrations and a heart-warming ending to make any child who loves unicorns and dogs happy! 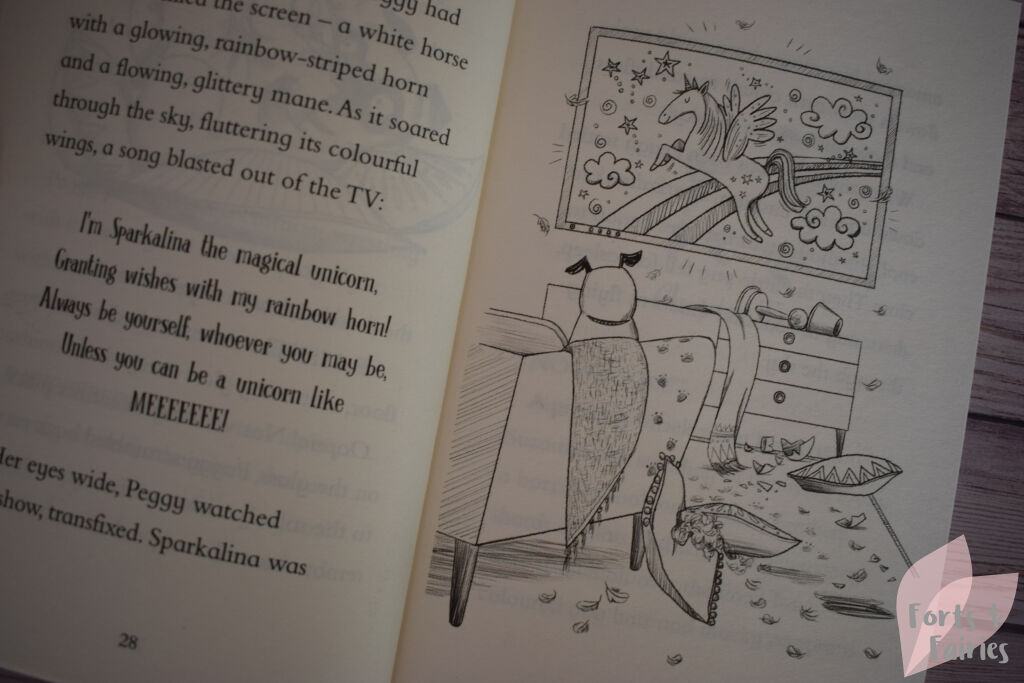 Make Your Own Magical Slime

Kids love making slime and this awesome kit gives you the ingredients and instructions to make colourful and magical slime.  You’ll love making this slime as much as your kids, who will spend many hours stretching, squeezing and playing with it. The book includes fun ideas of how to make different kinds of slime, like snowflake slime, stretchy slime or fluffy slime, and it has interesting facts about mythical creatures too. It’s glittery, it’s pink, it’s magical and mythical slime! It’s also a great way to introduce children to STEM learning, which is the academic disciplines of science, technology, engineering and mathematics. 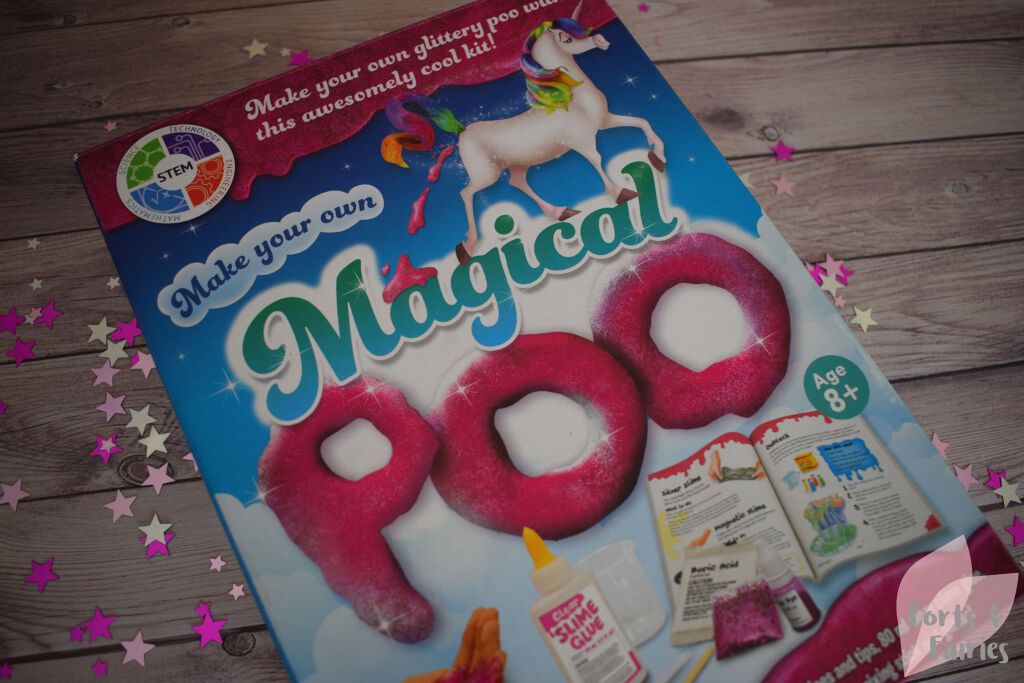 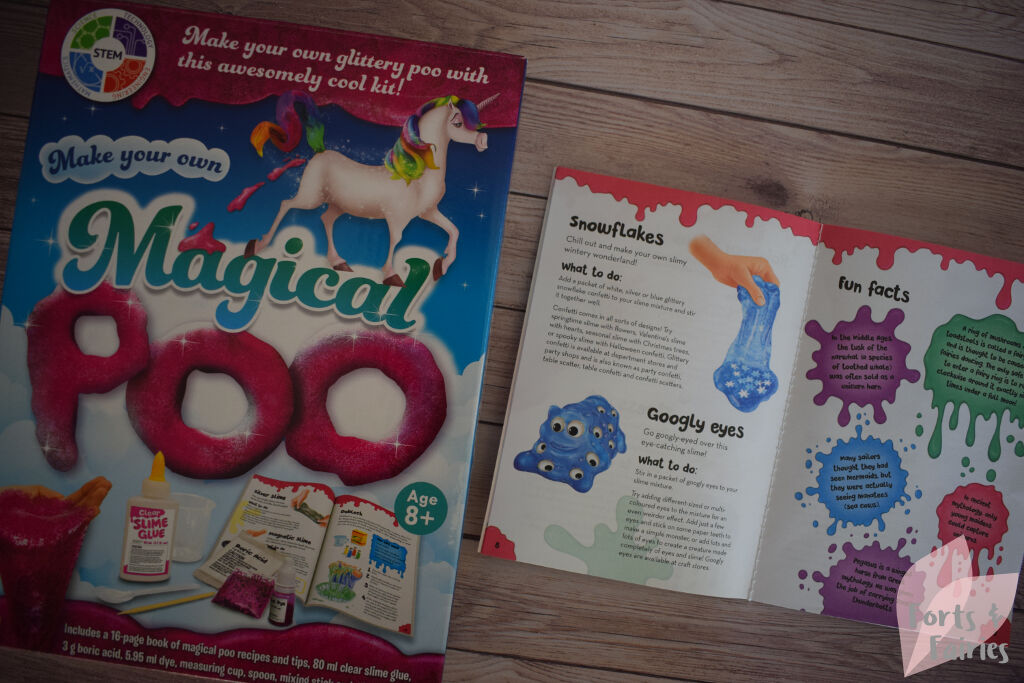 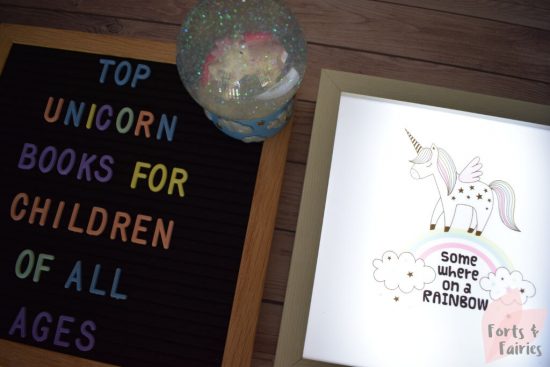 Thanks to Pan Macmillan for sharing the magic of unicorns with us.

Interview with local ‘I See an Elephant’ author Elaine Macdonald