A Time for Mercy (Book Review)

During my early twenties I used to devour John Grisham’s books, busy studying law myself and then later practicing law his legal thrillers captivated me like no other. Earlier this year I dove back in with The Guardians, it was a chance to fall in love with Grisham’s books again so I couldn’t wait to read his latest book, A Time for Mercy. 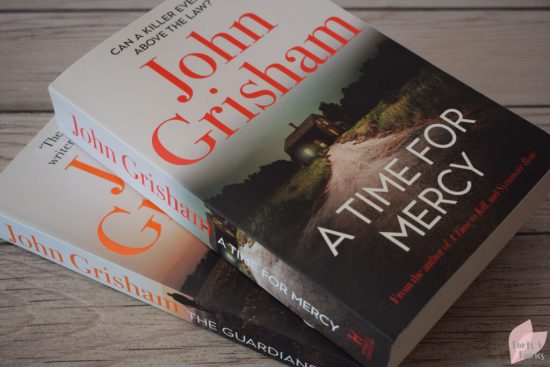 Jake Brigance is an up and coming lawyer in Clanton, Mississippi. He has already made a name for himself after successfully defending a murder accused, and now he’s busy working on a case that promises to yield a very large settlement. So when he’s asked to take on a case of a teenager charged with murdering a deputy sheriff he’d rather steer clear of what seems to be an impossible case.

As the odds are stacked even higher against the young accused Jake has no choice but to assume the unenviable role of a cop killer’s defence lawyer. Allegiances change and friendships are put to the side as Jake fights to save the life of a son who acted out against his mother’s abuser. But in a small town where the police code of silence shields a drunk, we’re left wondering who will step in to protect a lawyer who will stop at nothing to expose the deceased’s true nature with shocking revelations and dangerous consequences.

A Time for Mercy drew me in with its sad tale of a sixteen-year-old destined to suffer for standing up to a bad man. As the story unfolded I was kept hooked by the politics, the deliberations of race, and the intricate planning and deliberations that go on behind a trial. Grisham has lost none of his finesse in crafting a captivating legal thriller that will keep you yearning to read just one more chapter until you know the outcome of the trial and of Jake’s future in a town ruled by gossip but fueled by revenge.

A Time for Mercy is available from bookstores and online retailers for a recommended retail price of R355.

Thanks to Jonathan Ball Publishers for sharing this book with me.