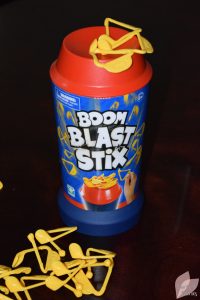 Boom Blast Stix is an explosively fun stacking game that’s new to the boardgame scene. Prepare to be surprised at any point when you’re stacking the stix, they could explode and blast the stack everywhere!

The game comes with 32 stix which are triangle shaped, sensitive interlocking springs. Each stix has one corner open and before you place the stix on the container’s lid you must lock the stix in place and then you can take your turn to stack. No matter how gently you place that stix, it could snap open at any time and send all the stix flying!

Boom Blast Stix was lots of fun to play with a group of our friends, the kids were tentatively placing the stix (with very wary looks on their faces) and there was always lots of laughing and screaming when the stix blasted off around the room. It became not only a game to see who would send the stix flying, but also how high we could stack them before the explosion happened. Competitive and co-operative at the same time! 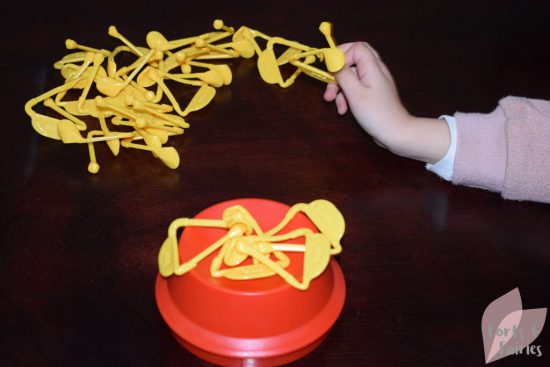 The rounds are quick to play, depending on how well you can build your stack, and I think it’s an awesome game to add to your collection for some family and friend fun. All of the stix fit neatly inside the container, making it easy to store and perfect to pop into your cooler box for some fun at a braai at your mate’s house on the weekend.

Boom Blast Stix is available for a recommended retail price of R349.99 from toy stores and online retailers. 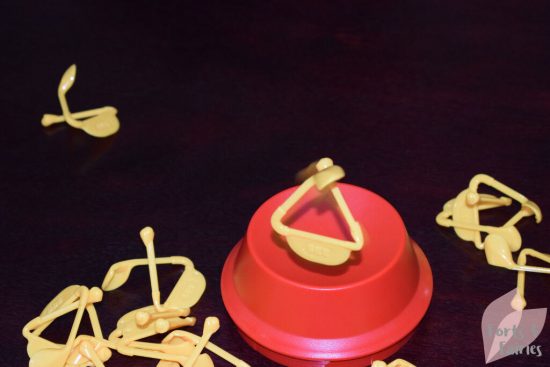 Thanks to Prima Toys for the Boom Blast Stix fun!

Discover your First 100 Animals with lift-the-flap