Last year Disney on Ice debuted in Durban to sold out shows, and this year it looks set to steal our city’s heart again with the new Dream Big show. Our family was enchanted with the opening performance last night, and the memories of fairy dust, dancing princesses and beautiful songs will live on for many months to come with our children.

The show was memorable last year, so much so that my daughter has been talking about it ever since then… and we have been counting down the days for quite some time now! She’s taking the lead set by Catherine, Duchess of Cambridge in that she didn’t mind wearing the same outfit again for the show and so she went as Princess Anna. My son, on the other hand, wanted in on the dress up action this year and so we were escorted by the cutest Buzz Lightyear I ever did see.

You can expect another polished performance from the very talented ice skaters making up this cast, with incredible jumps that had me holding my breath more than a few times. The costumes, props and outfits were once again phenomenal, as were the effects included in the show such as lighting, pyrotechnics, bubbles and even snow falling. There was also a lot of humour to keep you smiling when you weren’t singing along. When Mickey Mouse first came out onto the ice I saw my son’s face light up in a special way that only the magic of Disney can do. It was an amazing show from start to finish but let me share some of my highlights with you.

Mickey and Minnie Mouse were there to guide us through the show, as was the delightful Tinker Bell. We were treated to meeting eight Disney princesses, all setting out on adventures to make their dreams come true. The sophisticated Lumière was there to lead a wonderful scene with Belle from Beauty and the Beast in ‘Be My Guest’, and Sebastian, Flounder and Ariel got the audience rocking with ‘Under the Sea.’ The beautifully lit carriage that brought Cinderella to the ball was also breathtaking. The villains were stepped up a notch this year, the sea witch Ursula from The Little Mermaid and the evil fairy Maleficent who transformed into a formidable dragon in Sleeping Beauty caused my little ones to jump onto my lap! 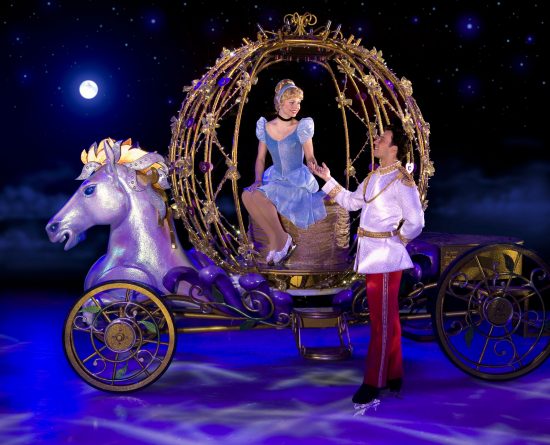 It was clear that Frozen is still the fan’s favourite though, with the crowd singing the loudest when Anna and Elsa appeared on the ice. It’s not hard for Olaf (or Kristoff) to steal hearts, and once again Disney showed us just why we love Frozen as we do. We were all just as happy to belt out the awesome ‘Let it Go’ and ‘In Summer’ in the audience as we do in our home many afternoons.

The Disney on Ice presents Dream Big show is currently on at the Durban ICC and if you don’t yet have tickets I encourage you to grab them while you can. The show will be in Durban until Sunday the 8th July before it moves onto Cape Town where it will be showing at the Grand Arena at Grand West from the 11th to the 15th July.  The show was two hours with a short interval, but both of my children were entranced by the different scenes and loved every minute of it (with very minimal wriggling). There is some awesome Disney merchandise on sale at the show, along with popcorn, candyfloss and flavoured ice drinks in fun Disney cups. The merchandise ranges from R60 to over R350 but there are some fantastic options available, including light up wands, T-shirts, dolls and plush toys. The popcorn costs R30 for a box or you can get a larger one for R100 which includes a bag. It is very handy in keeping the kiddies occupied snacking wise during the show. There is also cotton candy for R100 which includes either a crown or a fun Olaf mask. The ice drinks average about R150 each and include great Disney character cups which you can reuse at home. There are also other drink and snack options available.

Pro Tips: I would arrive at least an hour before the show, this will give you enough time to browse the merchandise, grab some snacks, and find your seats before the show starts. You can park in the ICC parking. Make sure you park near the exit at the top with your car nose facing out so you can exit quickly. You can also pay for your parking (R40) before the show to make it quicker to exit. Additional parking will be available for the weekend performances at the Smart Xchange parking garage and CMH Mazda. You are allowed to take in little cushions for the kids, these can give them a little bit of height for them to see over the people sitting in front of you. A lot of people also take blankets to keep warm, maybe cosy for the kids to snuggle but not necessary in terms of it being cold inside. You can leave your pram at the pram park, but you aren’t allowed to take car seats into the auditorium.

Last word from Amy: After being quizzed by her about whether the dragon was real but assured by her that the princesses were very real, she said to us: “Maybe one day I can meet a prince who can bop a dragon on the nose for me too?” And that is the magic of Disney, inspiring our children to believe that they can be anything they dream they can be. Long may their belief in this magic last! 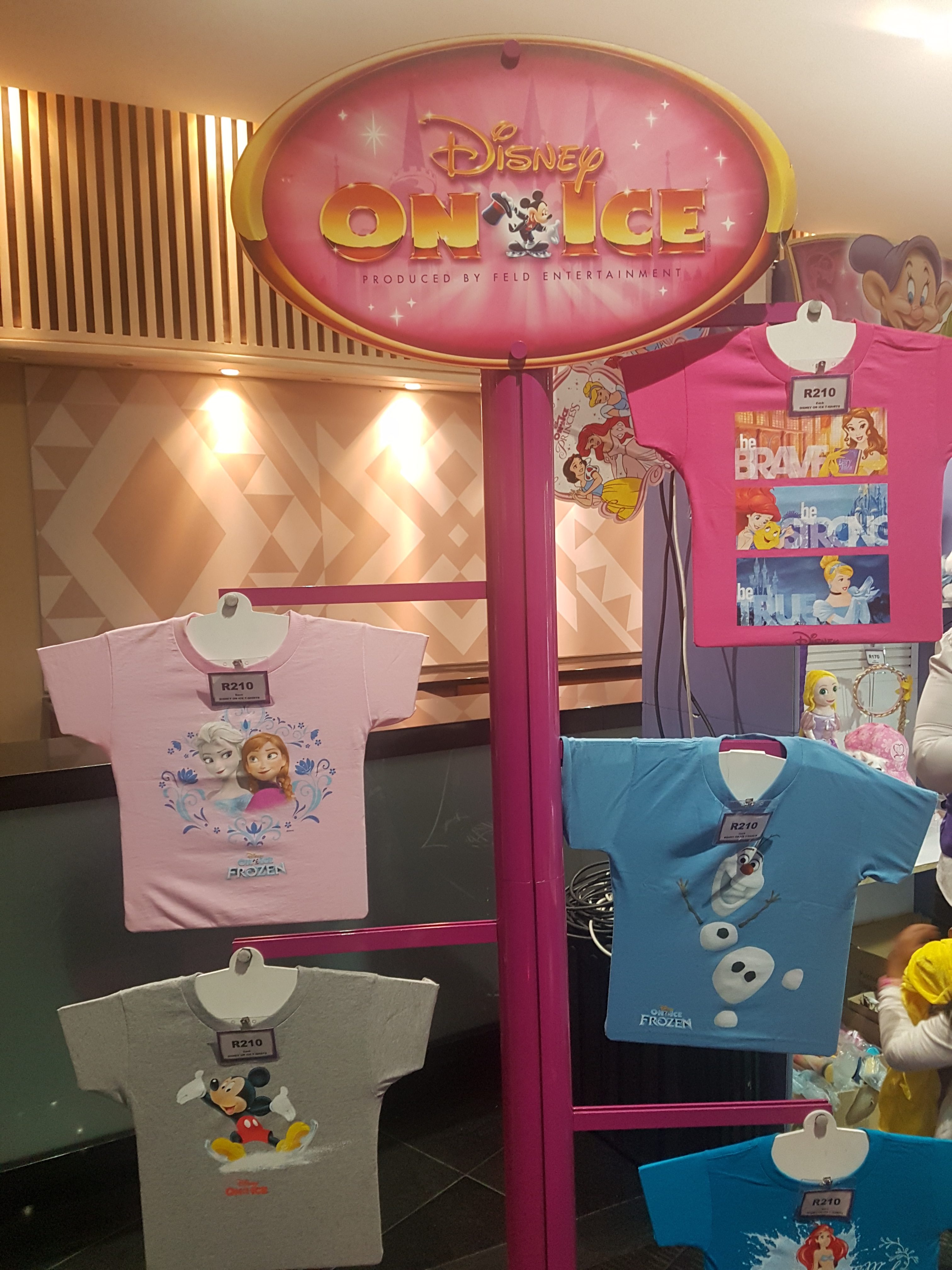 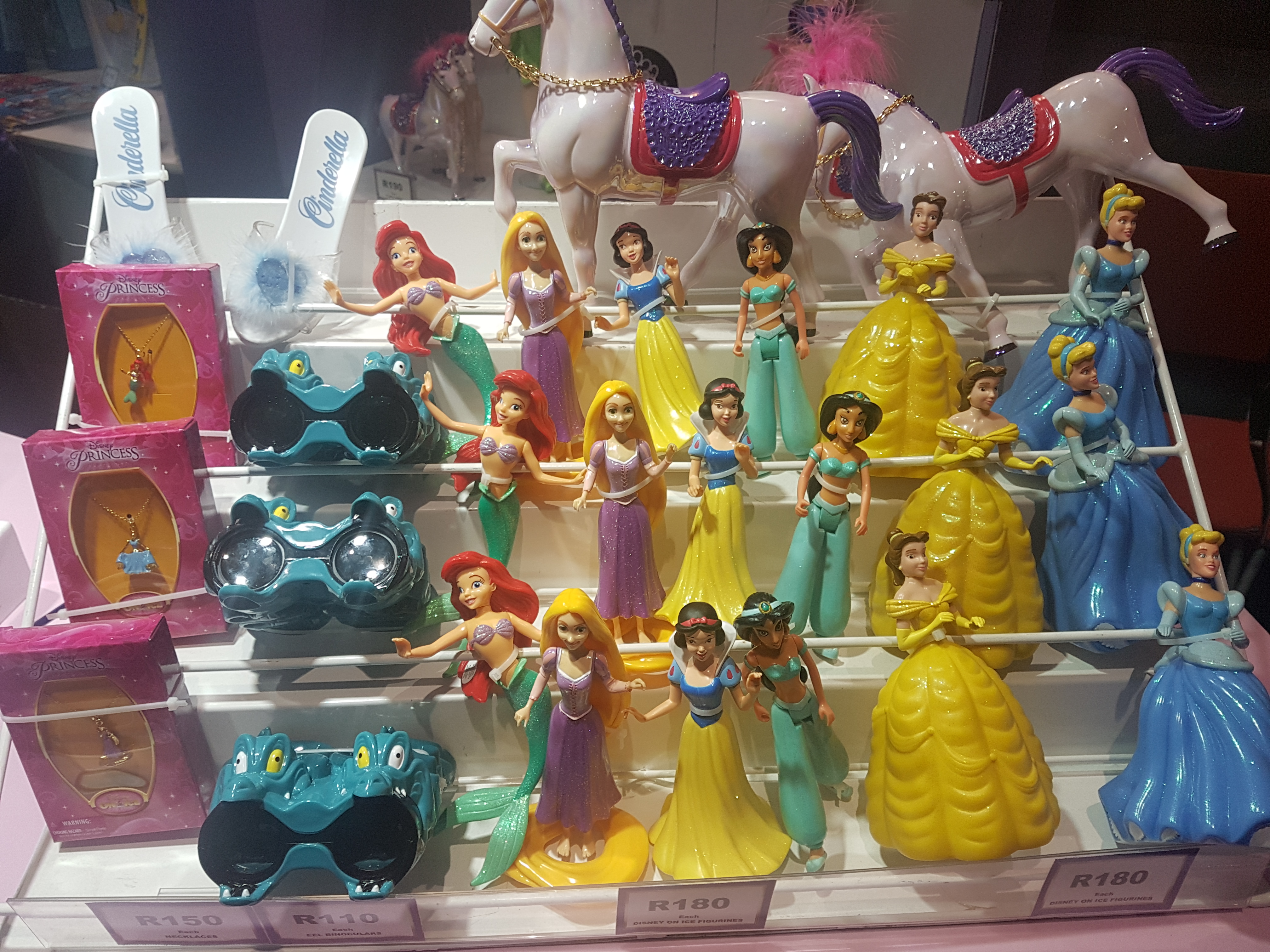 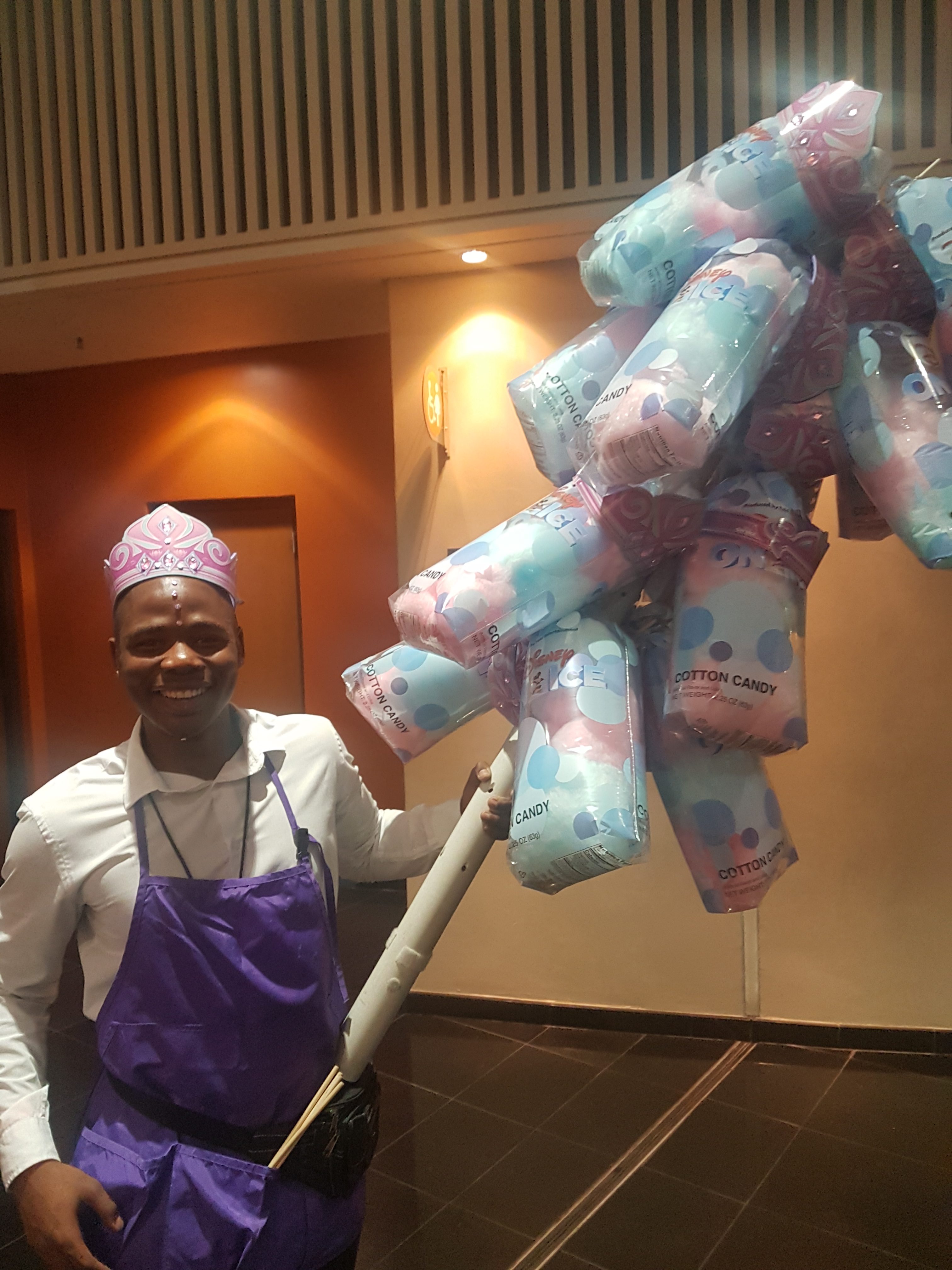 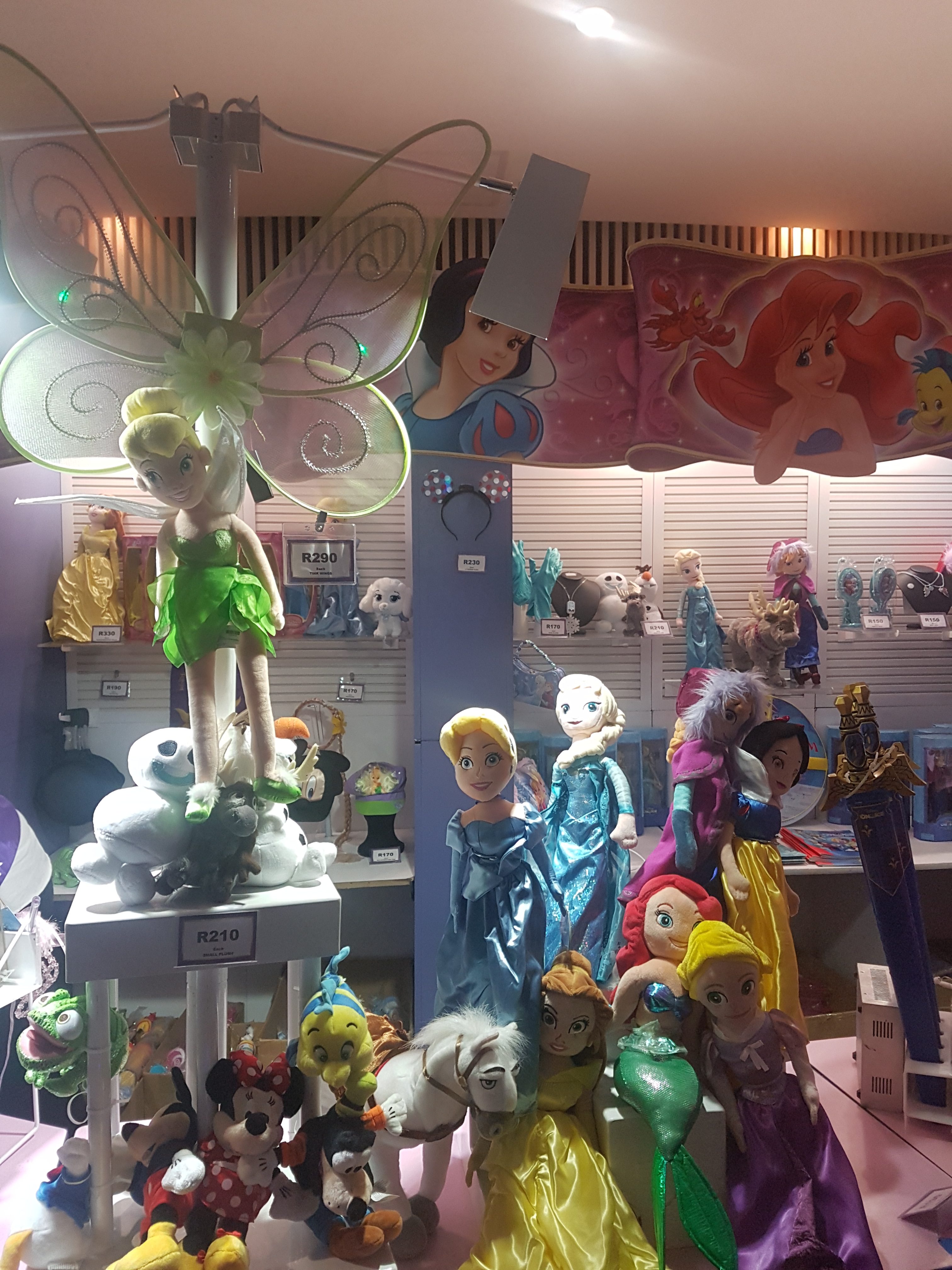 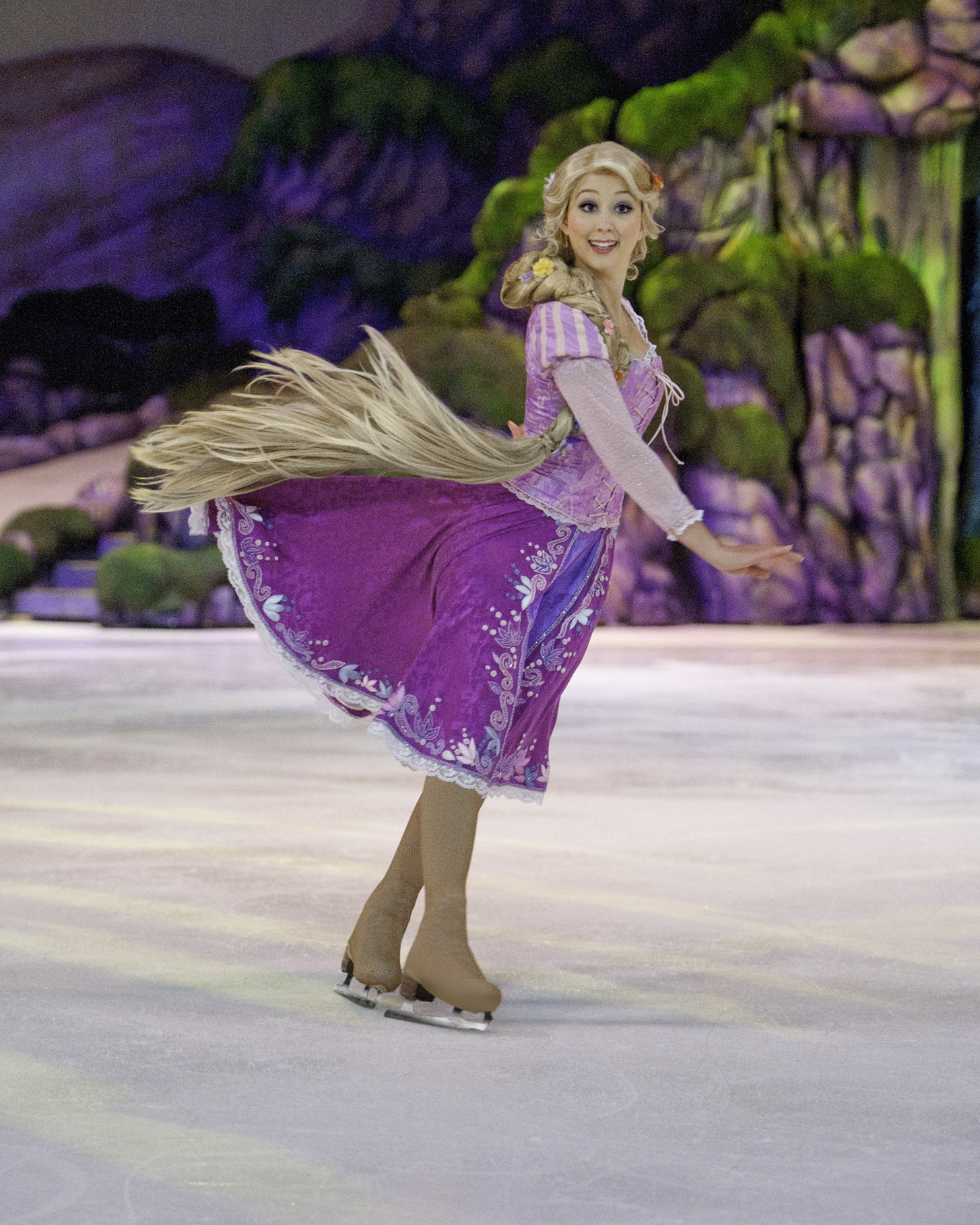 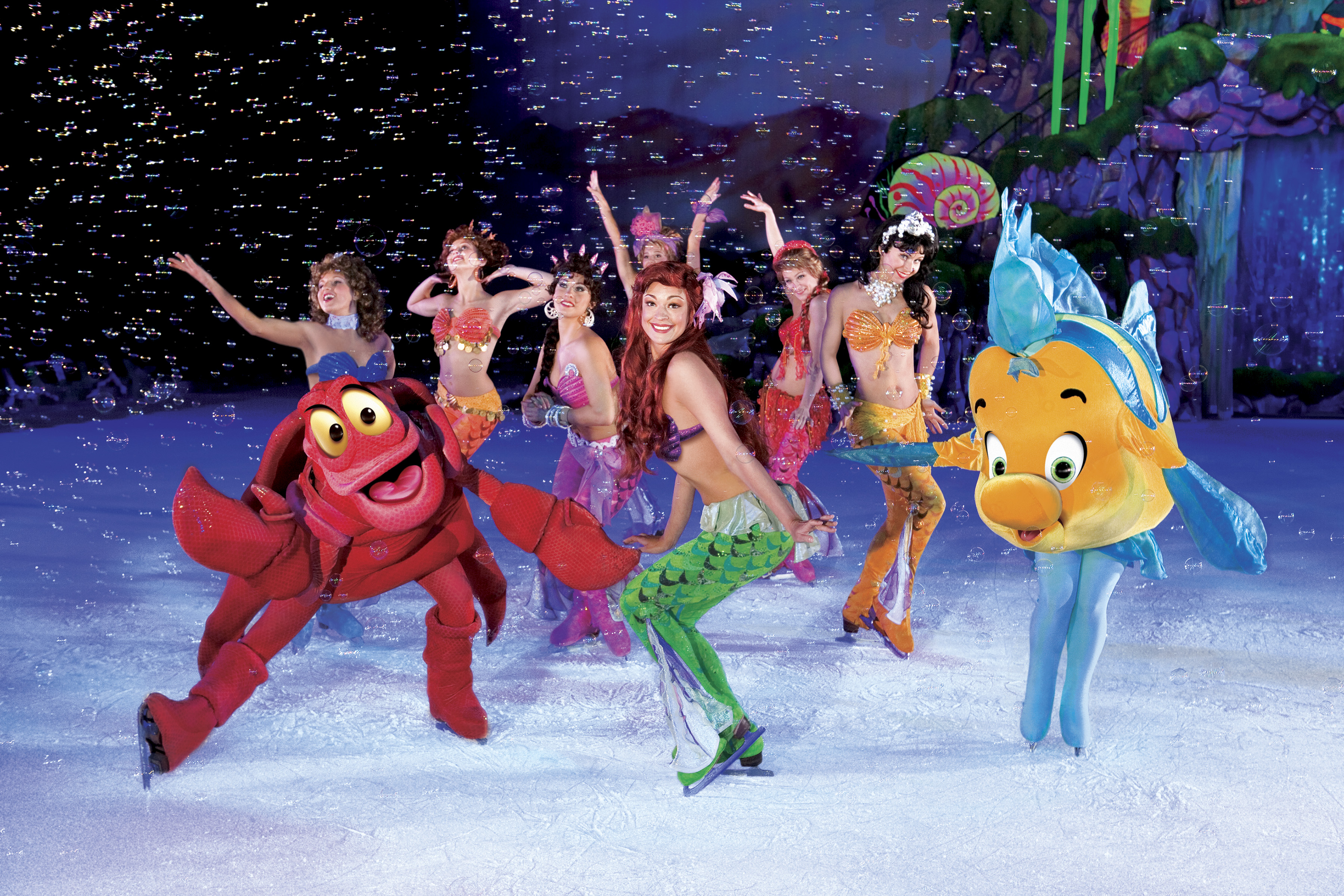 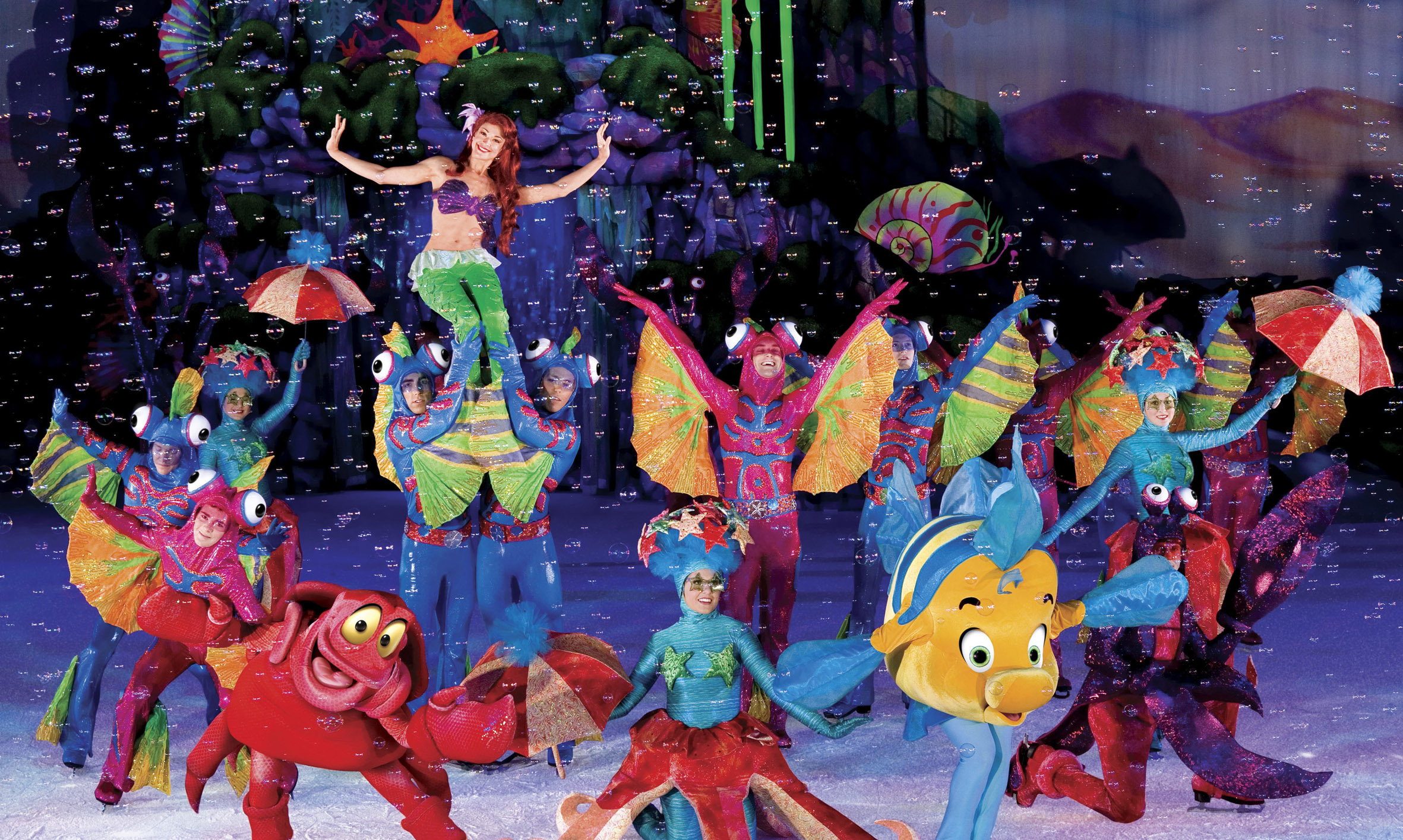 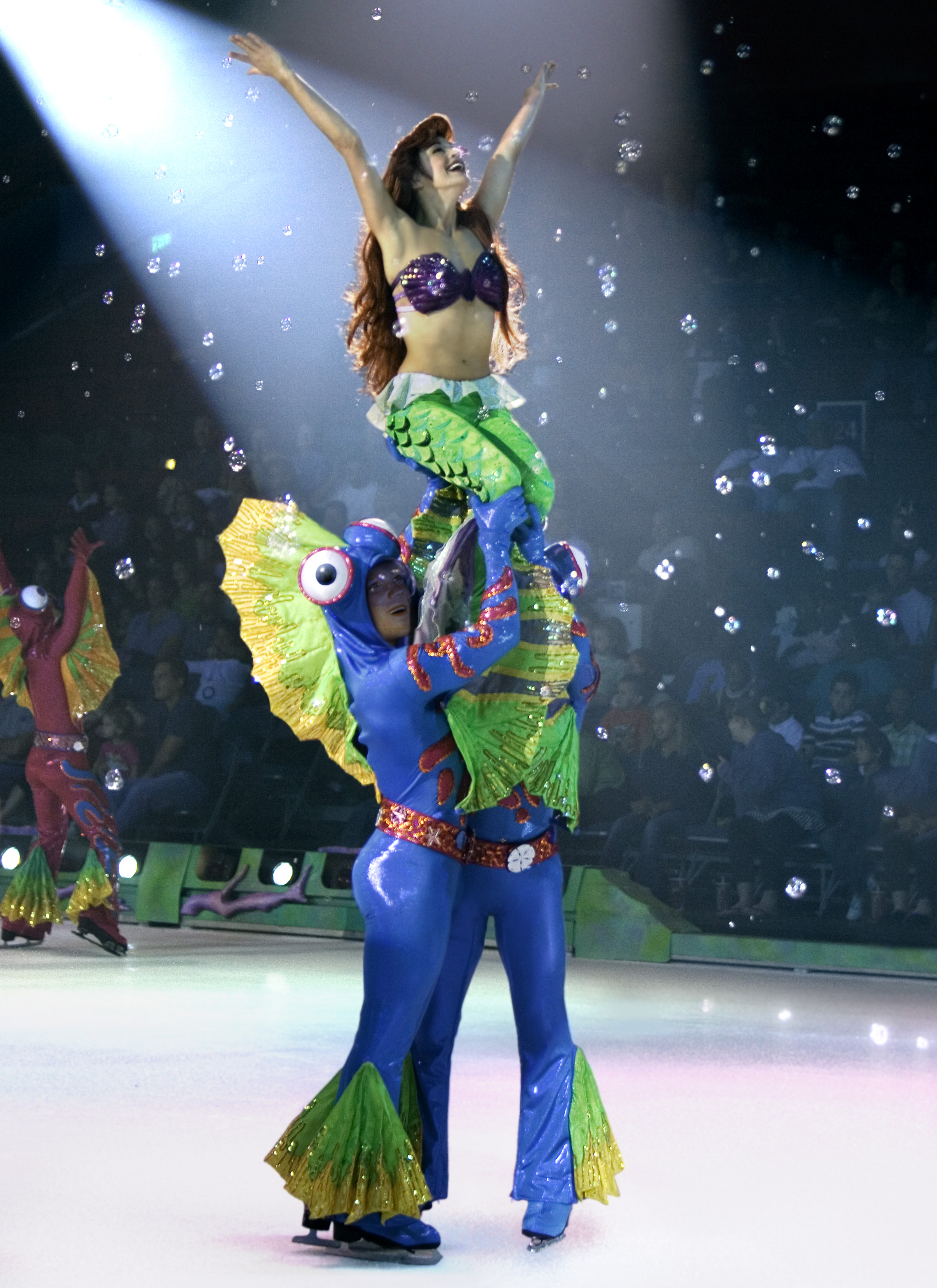 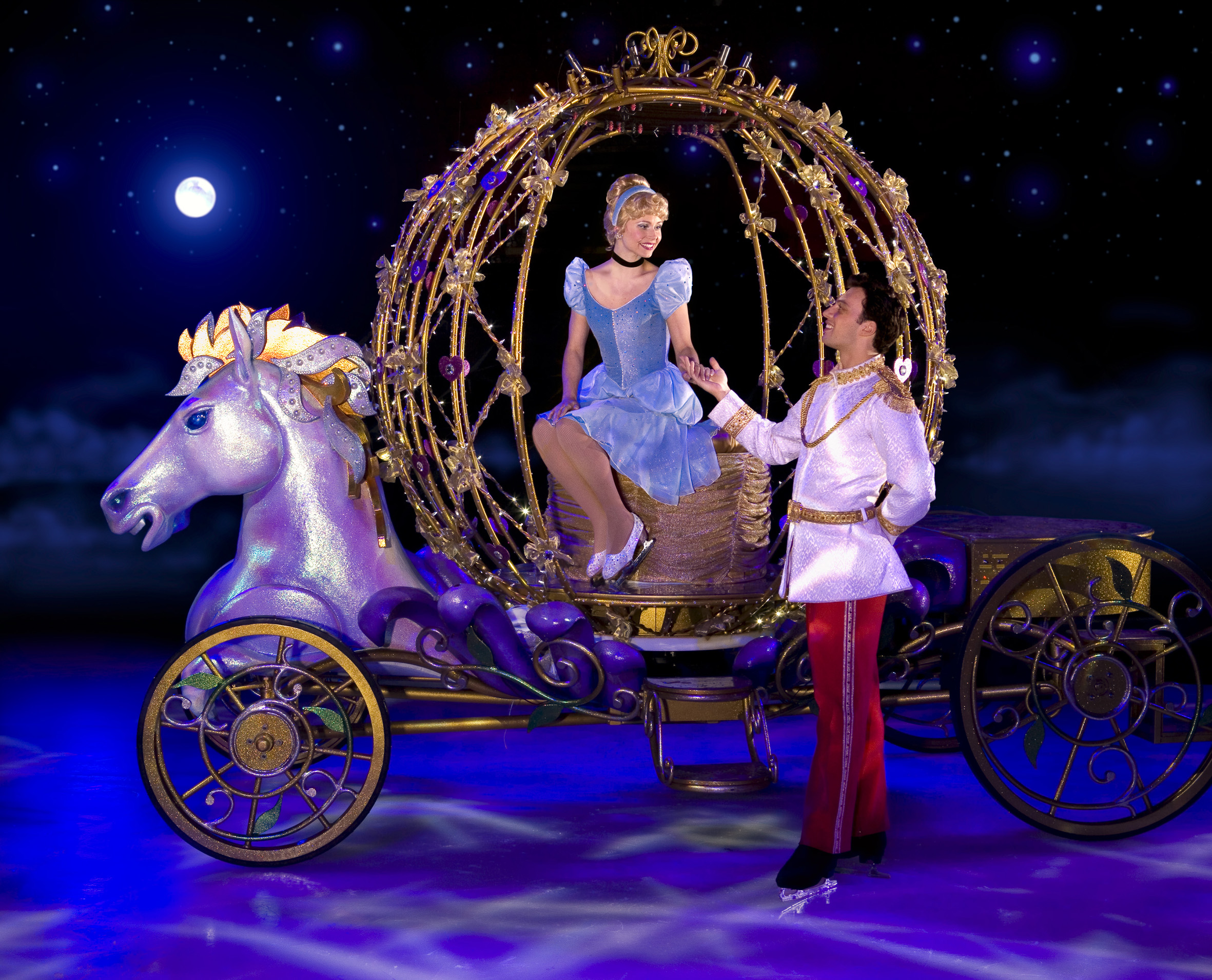 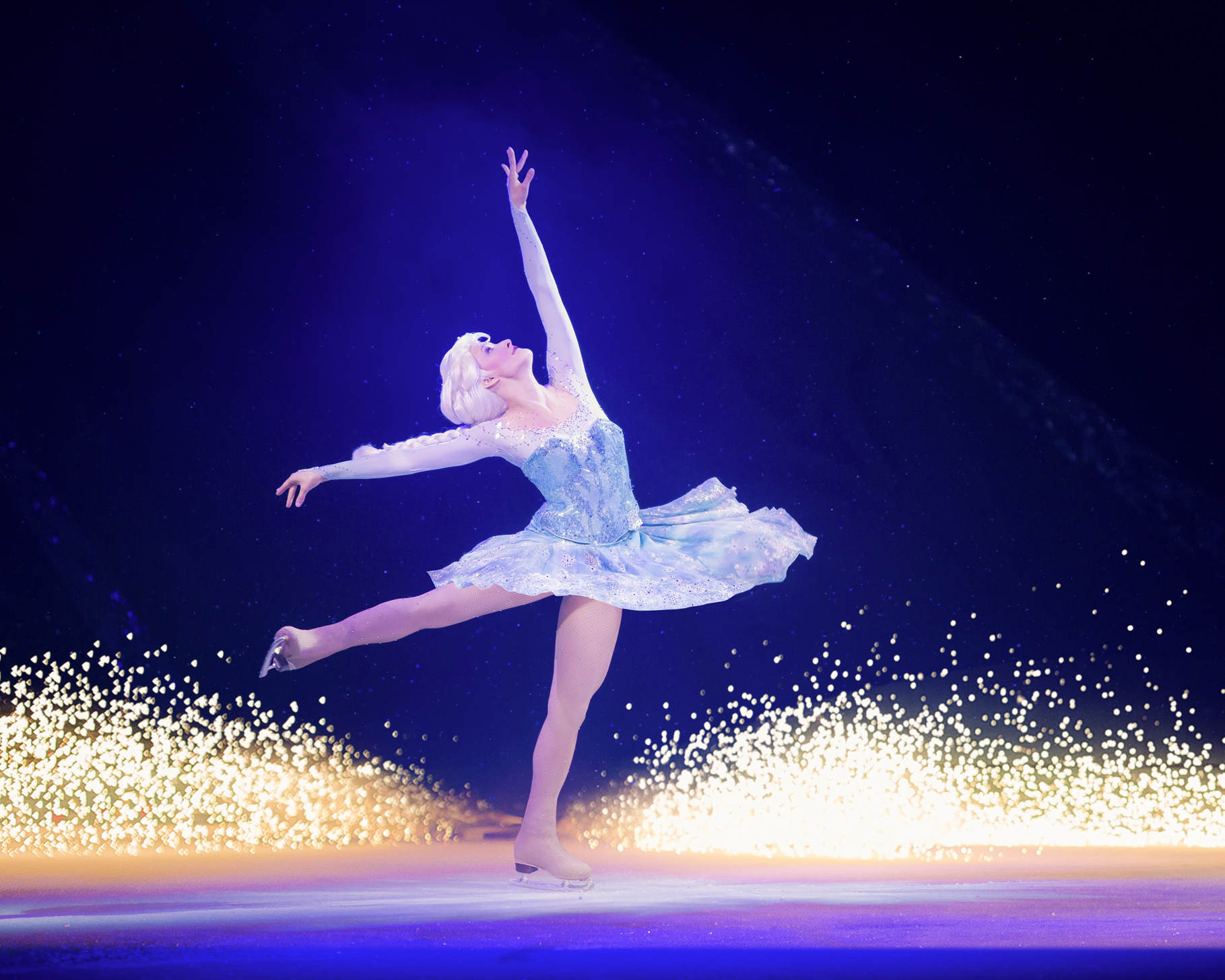 My top picks for a fun and slightly spooky Halloween

Cotton On Kids: Out of this world this festive season