Invisible Girl by Lisa Jewell tells the story of Saffyre Maddox, a young troubled girl with a haunted past who goes missing. A local man who seems strange to others because he doesn’t subscribe to societal norms is arrested, but pretty soon we’re questioning whether he is actually guilt of the crime or just of not fitting in. 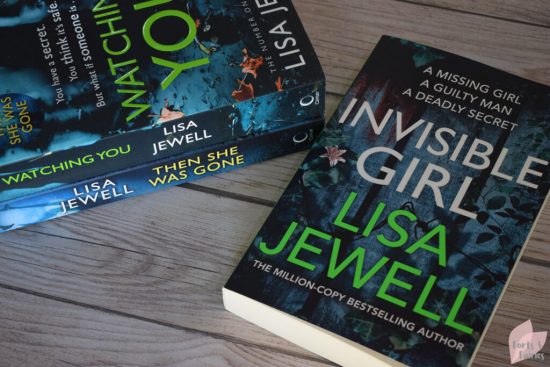 There are many characters in this book whose lives intersect at some point in the story. We meet a woman named Cate, trying her best to quieten her new suspicions over her husband Roan. But she can’t deny the peculiarity of his action’s anymore when it turns out he knows the girl and she starts to believe that he’s definitely hiding something. As the events of the book unfold we start to ask ourselves why has Saffyre been following him, how much does she know, who has she told, and, perhaps the most disturbing of all, where is she?

Invisible Girl really highlights how we shouldn’t judge people by their appearances. The reality is that some people seem happy when they’re not, others seem strange to us because of where they are in their lives but are actually hiding heartache about what they know they are missing. Often we look to blame people who are different to us, but the truth is simply much scarier, that predators more often than not blend in around us and hide in plain sight.

I enjoy thrillers where I am not able to figure out who did it, but this was perhaps a bit too much of an intricate plot with too many characters in the suspect pool. I found this made the book a bit of a slower pace than I’m used to reading but, with that being said, I still didn’t want to put the book down until I had the answers.

Invisible Girl is available from bookstores and online retailers for a recommended retail price of R310.