Leapfrog Count and Crawl Kitty, a review with a ditty!

The Leapfrog Count and Crawl Kitty is a great way to introduce little ones to numbers, as well as teach them a few catchy tunes, and encourage crawling.

The kitty is nice and bright with its orange and white colouring, and it has a patterned yellow ball of wool between her paws that rolls when she’s pushed. If you stand kitty up she balances on her back legs and tail, allowing kids to roll the ball freely.

The kitty’s tail is the perfect shape for little ones to be able to grasp it and push her along easily. Switch the power button located on her blue collar on and she will start singing when you roll her along. There are two volume options, which is handy if you’ve heard the songs a few too many times in one day already! The mode button is also on her collar, where you can switch between the numbers mode and the songs mode. 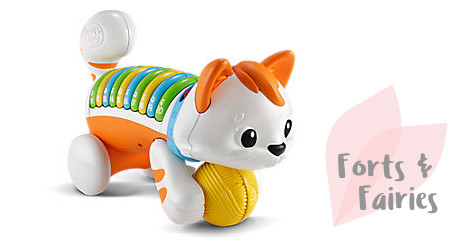 The songs Katy kitten sings (as she was named by Amy) are catchy, in fact Amy knew them within a very short space of time. It would have been nicer had there been more songs, but she did enjoy singing along to the tunes and also counting together with the kitty while pushing her around on the floor. I think it would have added another dimension to the toy had she been able to pull the kitty along too, and it would have been nice had the eyes rolled as she was pushed to add to the level of interaction.

When you push the numbers in music mode you can play music with the kitty. Ethan loved this mode, as well as just pushing kitty around, even though he made ‘vrooming’ noises when pushing her! It didn’t take long at all for him to know that he could push her along or activate the buttons to get a response from her, so this kitty is definitely teaching the little ones about cause and effect. If you stop rolling her she stops singing her song, and will then encourage you to roll her again to continue her song.

The Count and Crawl Kitty is a great option to encourage your little one to practise their crawling and teach early counting skills. The kitty was popular in our house, and being sturdy it withstood pretty robust play when my two kids were sharing her. Just be warned that if two or more kiddies are playing with her they need to play quite gently together so as not to accidentally knock anyone.

The Count and Crawl Kitty is a Leapfrog product and is available for R599.99 from leading retailers.

Last word from Amy: “I like the songs, they make me laugh and sing, because its funny singing with the number kitty.” She stops to sing “tummy, whiskers, tongue and paws” loudly, before telling me “I think that’s enough talking about the cat,” there ending our review discussion. 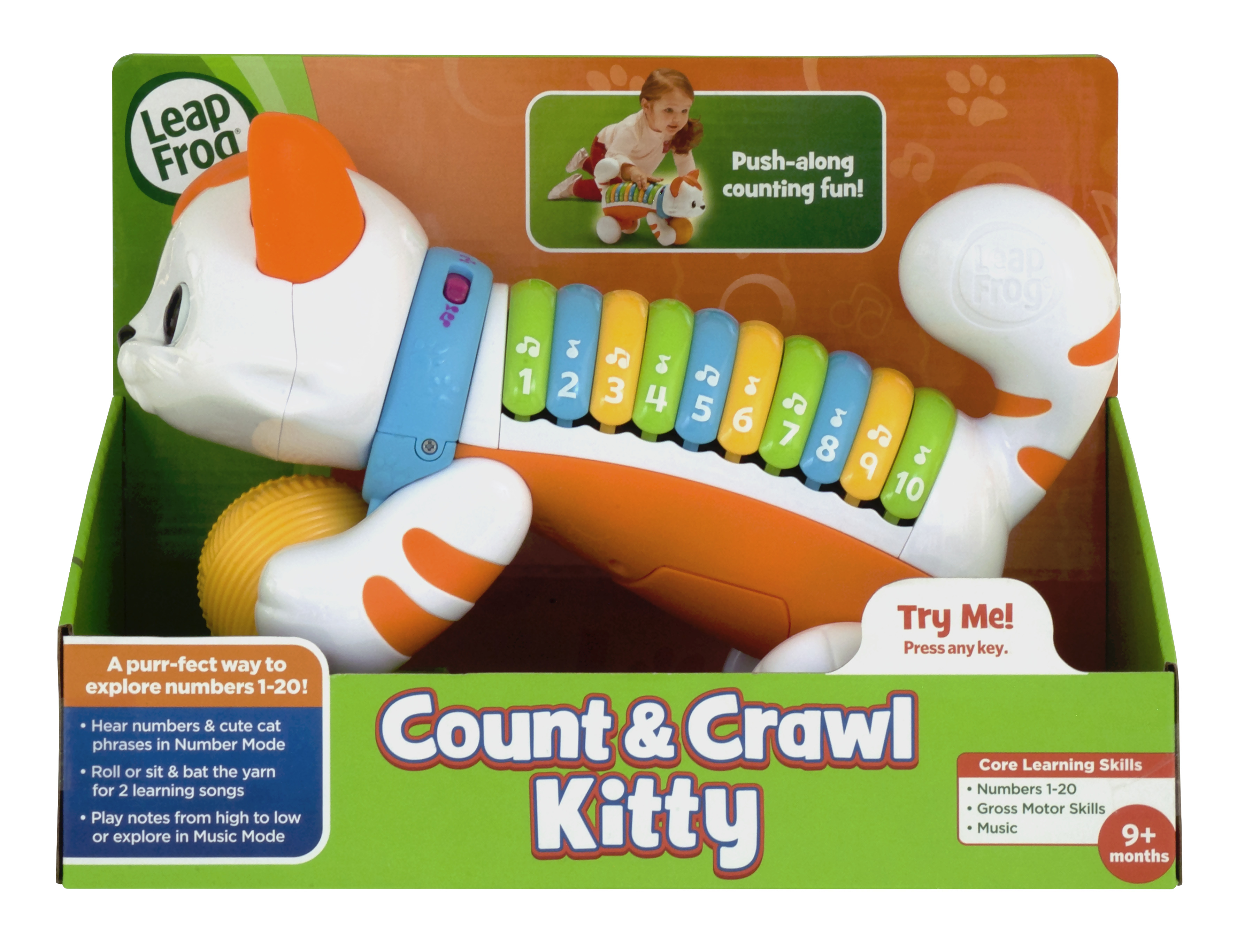 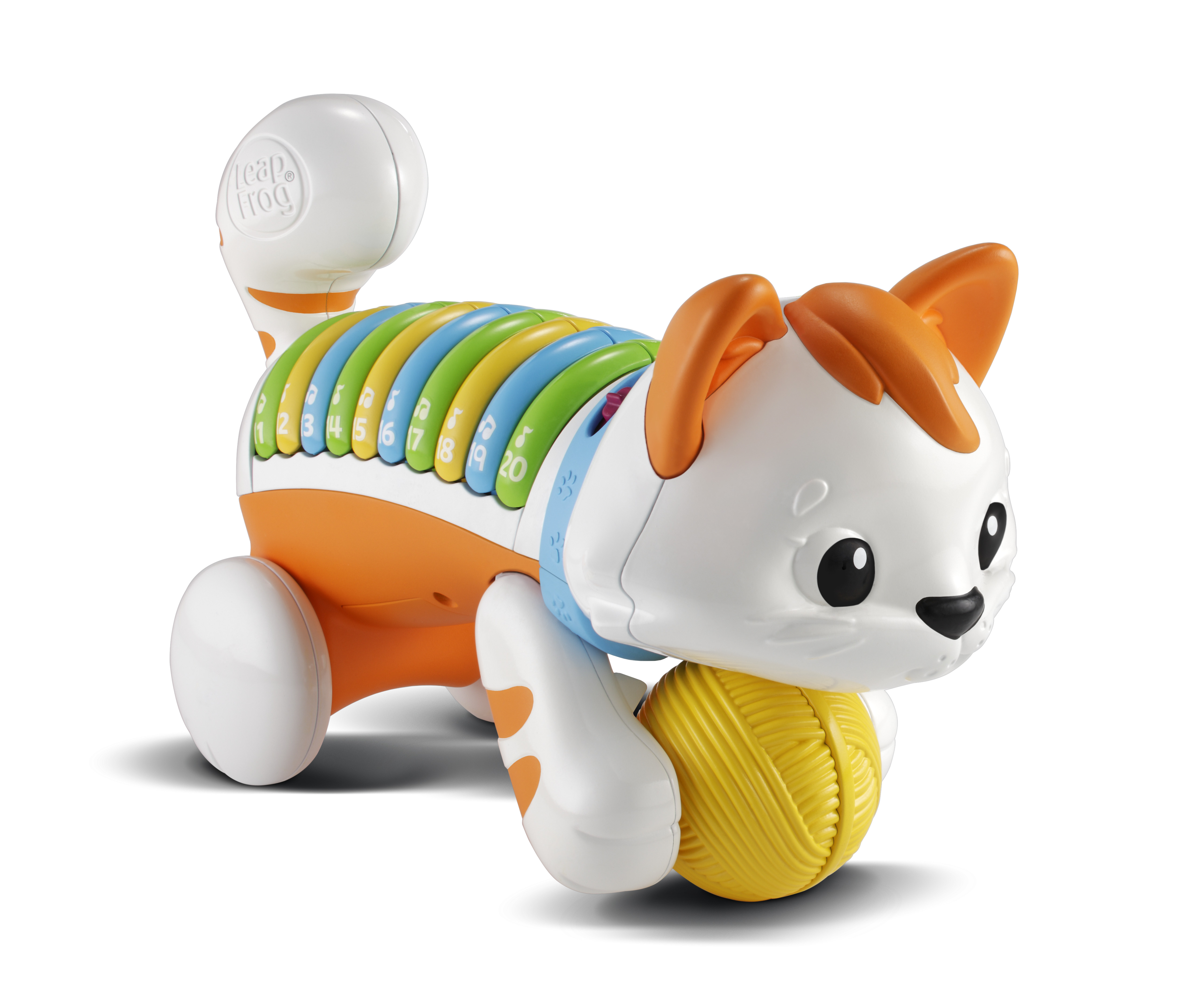 Thanks to Prima Toys for bringing a fun kitty into our previously dog-exclusive home.