Peppa Pig has been entertaining children for years already. In fact my niece, who is now 13, used to love Peppa when she was younger and their small Jack Russell dog is even named Peppa after the famous pig! Peppa Pig Live has been thrilling audiences across the country, the live musical stage experience is in South Africa for the first time. The show features life-sized puppets and incredible costumed characters, bringing the popular characters based on the well-known animated television series to life. Johannesburg, Cape Town and Durban have already all been singing along to the Bing Bong song, and it’s Pretoria and Port Elizabeth’s turn next! You can find out more about Peppa Pig Live and the upcoming show dates in my feature article.

To celebrate Prima Toys has a wonderful range of Peppa Pig toys available, to keep the Peppa Pig fun going long after the lights have dimmed and the curtain has fallen at the show. You’ll be able to purchase some of this range at the Peppa Pig Live shows and they are also available from toy stores and online retailers too. 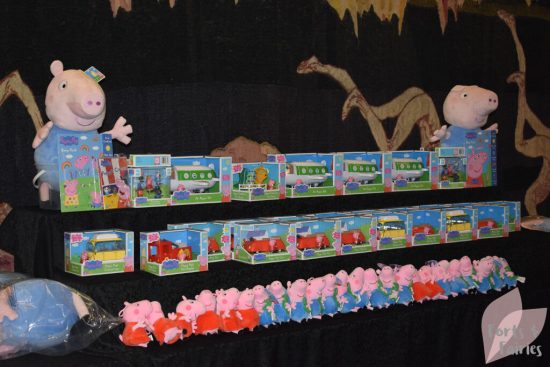 Prima Toys sent us a few top picks from this range to test out, and we’re so glad that they did because Peppa Pig has become popular in our house since the show and we have enjoyed hours of fun so far with the toys. Let’s check out what Amy and Ethan have been playing with.

The Peppa Pig Kids Camera is a wonderful pretend camera that promises to spark your child’s imagination and inspire hours of creative play. Cameras have always been popular with my kids, but I can honestly say that so far this is the best interactive one we’ve had. It’s brightly coloured with the main body being yellow while the lens and buttons are blue. It’s a lot bigger than most other cameras I’ve seen, and this, along with the hand grip, makes it easy to hold. Kiddies can look through the finder to see what’s in front of them and frame their shot, before hitting the photo button to take a picture, complete with a fun photo noise and a flash.

The front of the camera also has three buttons which feature pictures of Peppa and George. Each button makes a different sound effect from the show, for instance one is Peppa Pig laughing while another is Peppa splashing in a muddy puddle. The lens is revolving and can be turned left or right to make a clicking sound.  There is a photo of Peppa playing soccer inside the front lens, and when you push the button just right of the lens that picture drops down and can then be pushed up again.  The Peppa Pig Kids Camera is available for a recommended retail price of R299.99. 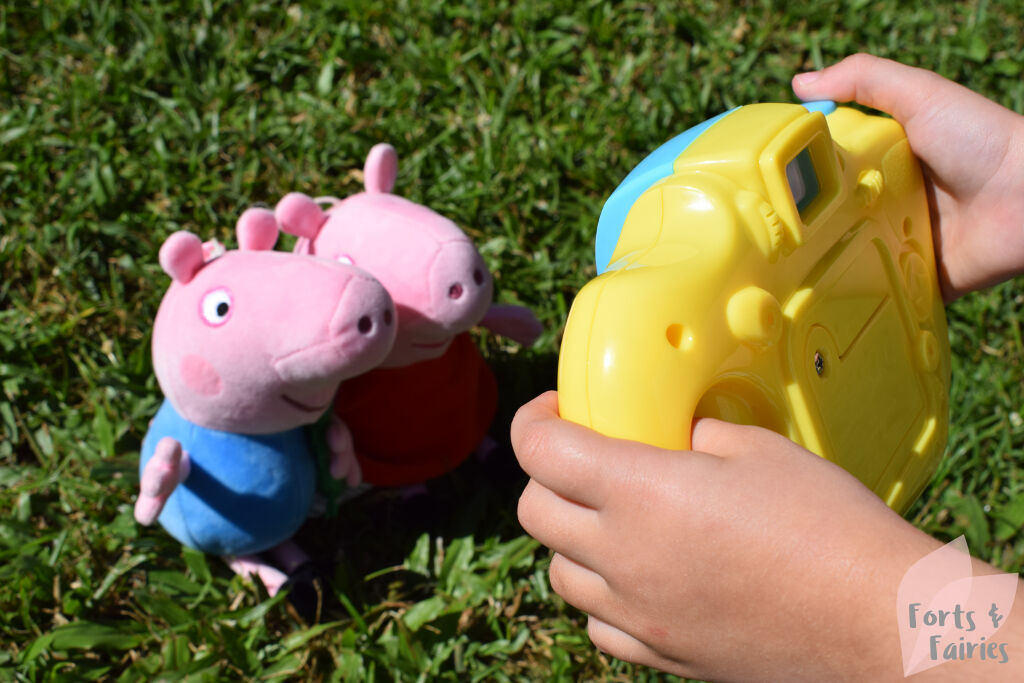 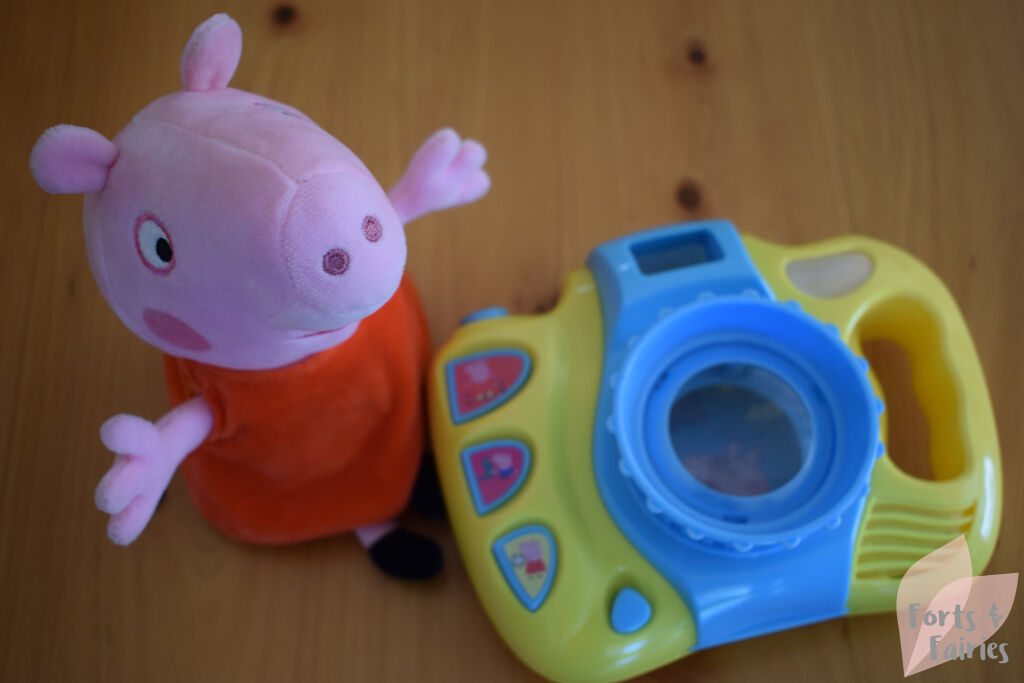 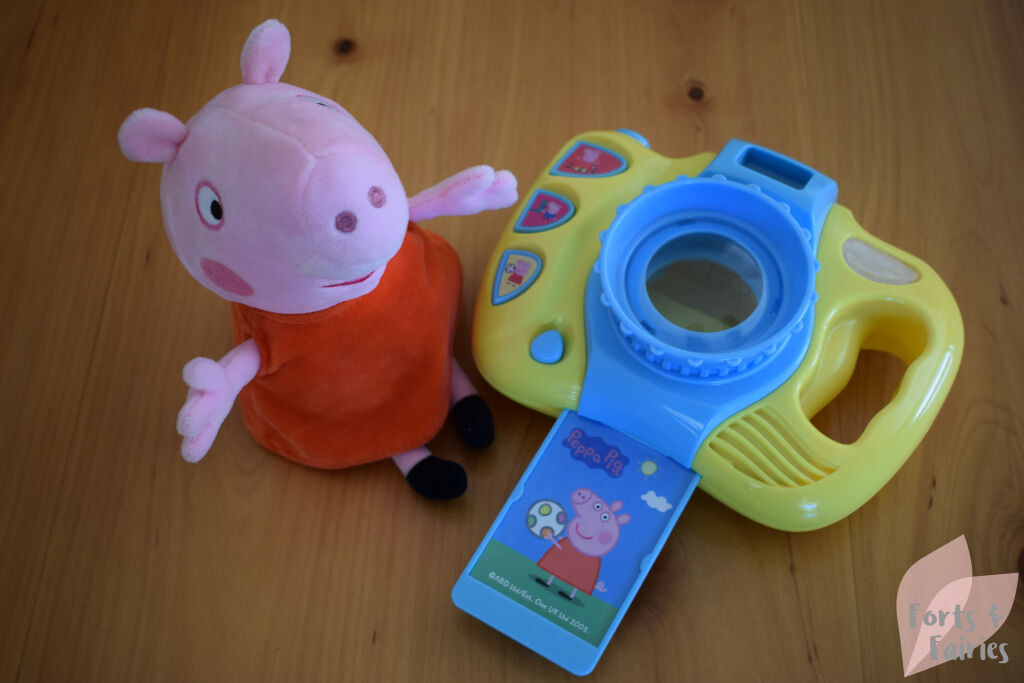 I love playsets because they give children the opportunity to create imaginative scenes together with the characters and enjoy role-play. This classroom playset includes Peppa Pig and three of her classmates along with Madame Gazelle Teacher, a desk, chairs and a chalkboard. My kids have loved spending time setting up the members of the class and the classroom furniture around the house. The chairs are so clever because they have little notches which ensure the characters don’t fall off when they sit down.

Each of the characters is fully articulated, this means their arms and legs move to make play time more fun. It means they can stand up on a shelf or sit on a chest of drawers in your kiddies’ rooms. The Peppa Pig Classroom Playset is available for a recommended retail price of R399.99. 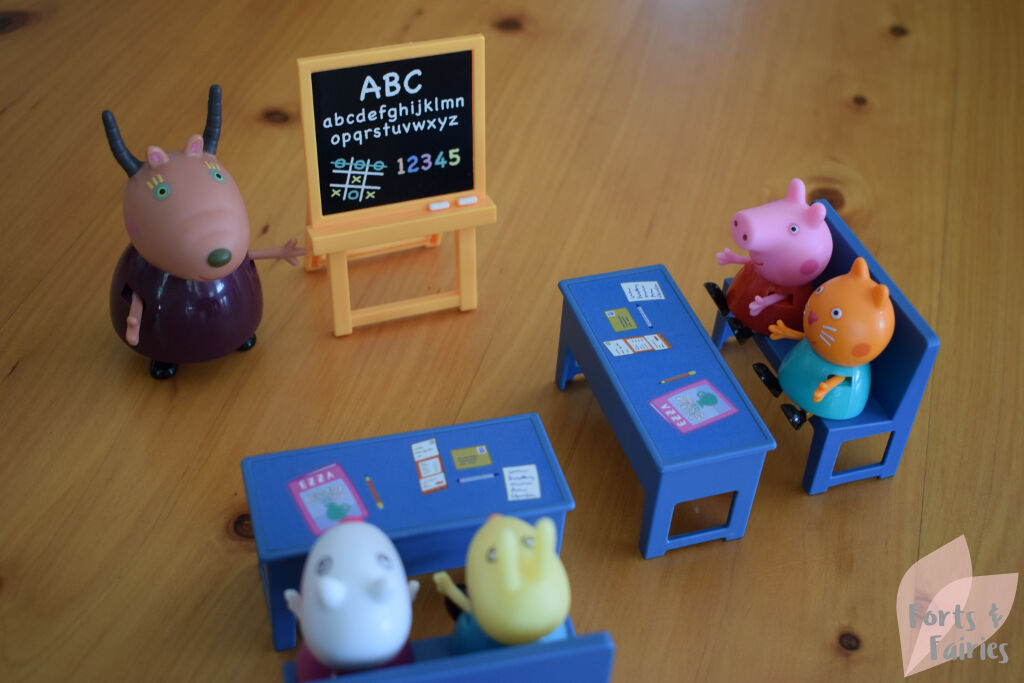 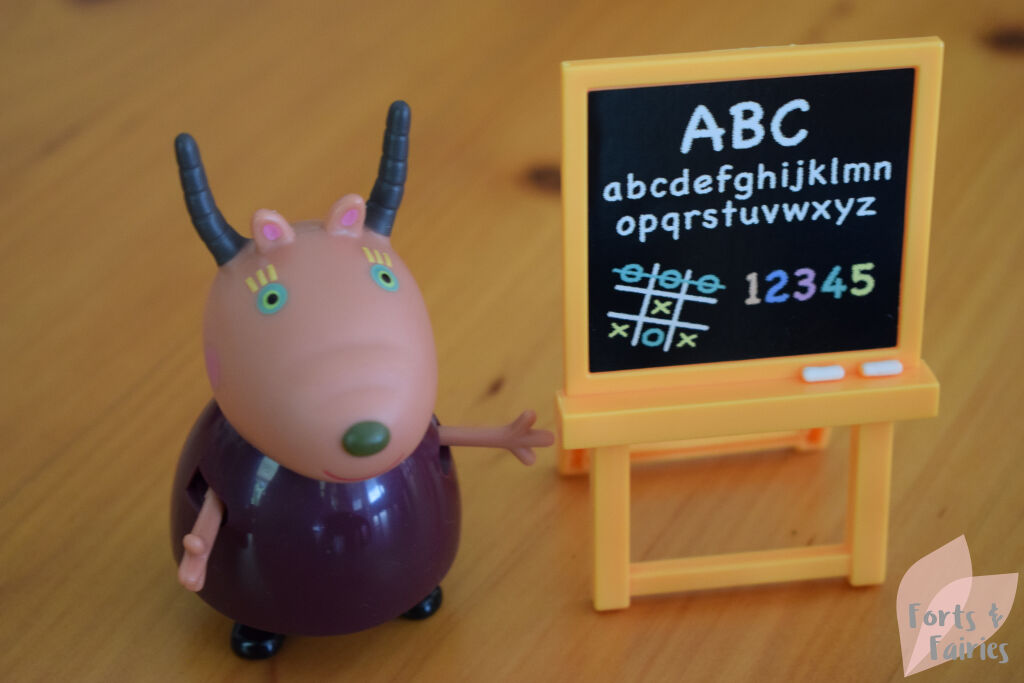 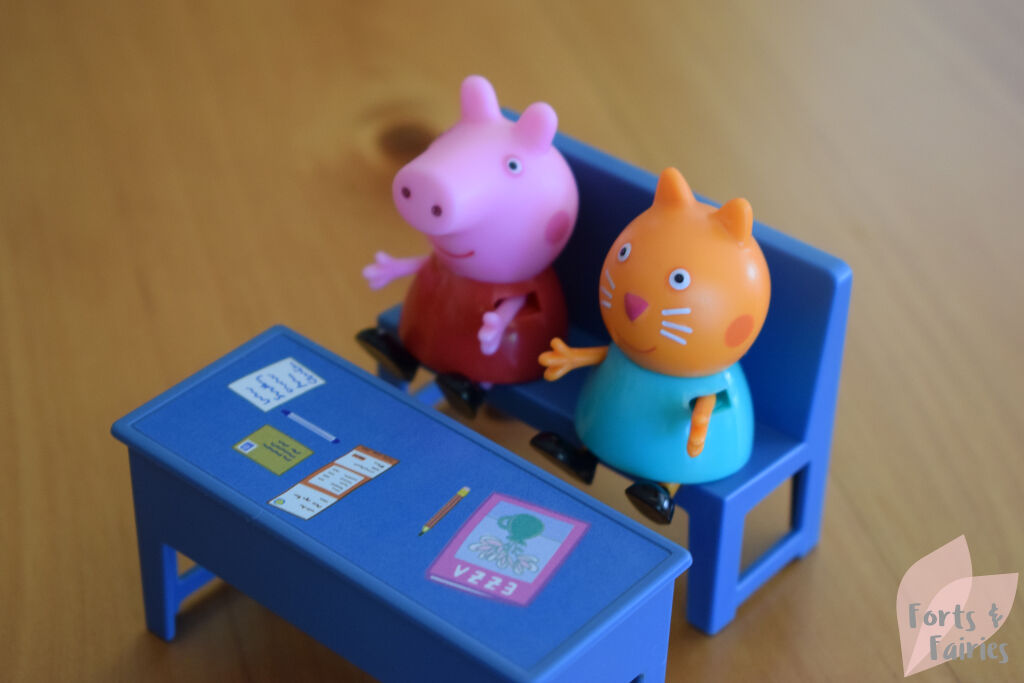 I was so impressed by this collectible five pack of figures in fun dress up costume designs. My children have loved playing with them, and the dress up accessories add another layer to creative play. The characters included with this pack are Princess Peppa, Danny Pirate, Pedro Clown, Candy Witch and George Dinosaur. These characters are also all articulated, so their legs and arms move.

Even better that most of the accessories included in this pack can be used on different characters, so you can swop Danny Pirate’s hat onto Candy Witch and Candy Witch’s pointy hat onto Pedro Clown. They can also be used on any other articulated figures you have from the Peppa Pig collection. Princess Peppa’s hat can’t be removed, neither can George’s Dinosaur costume. The Peppa Pig Fancy Dress 5 Figure Pack is available for a recommended retail price of R299.99. 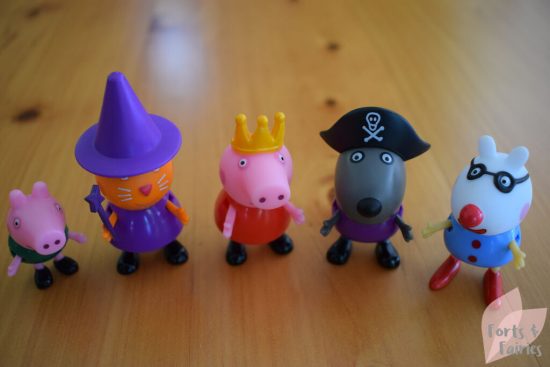 Thanks to Prima Toys for sharing the fun of Peppa Pig with us!