Private Rogue is a new thriller in the Private series, this time written by James Patterson and Adam Hamdy.

Jack Morgan is the head of Private, the world’s largest investigation agency.  Tasked with helping to find a mother and her two young children, the team races against the clock to track the missing family down but simultaneously discover there’s more to the story than their client has told them. 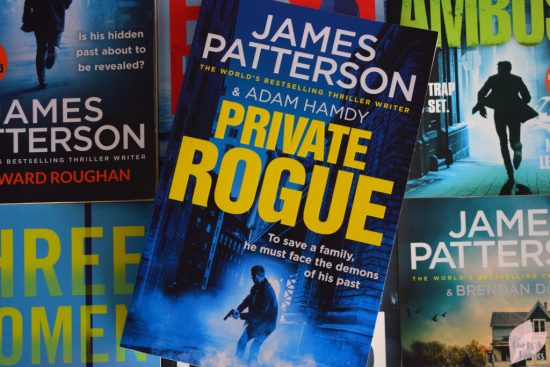 Jack has tried to take a step back from the more hands-on side of the job, but when he learns that a US Special Forces pilot has been shot down during a covert mission in Afghanistan Jack finds himself stepping back into the line of fire. Facing his own traumatic memories of when he himself was a US Marine, Jack must now face off against the highly trained operatives that will stop at nothing to locate the pilot and even use his family as leverage to get what they want.

On the surface Private Rogue was a classic mystery, but I found the plot to be quite flimsy and it was a bit too much of an easy read for me. The characters were too stereotypical, both the heroes and the villains, which left me wanting more from this new title, and ultimately showed me that I prefer more of a challenge in a book’s story.

Private Rogue is available for a recommended retail price of R320.