Unicorns are still in fashion, and with good reason too – they are awesome and usually quite sparkly too! Even though they are mythical most little girls seem to love them, and the Unicorn from Julia Donaldson’s Sugarlump and the Unicorn is no different. 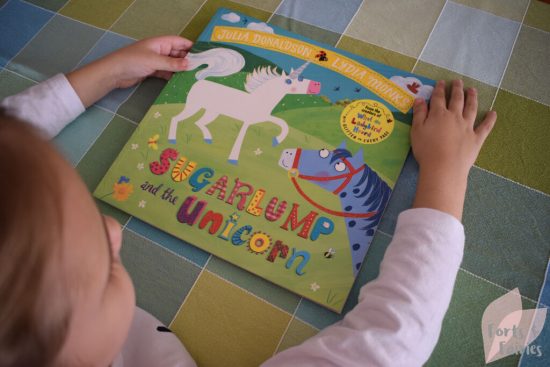 This is one of the new re-branded paperback editions of nine of Julia Donaldson and Lydia Monks books, and if your little one loves unicorns as much as my daughter does then you should check it out. With a fun rhyming story and glitter on every page, it’s guaranteed to make your reading time together fun.

Sugarlump is a rocking horse and, although he loves rocking to and fro with the children, he gets lonely when they are at school and longs to be able to see the world. The unicorn, who can make a horse’s wish come true, hears his wish and turns Sugarlump into a real farmer’s horse. While happy at first Sugarlump tires of pulling the heavy load of the cart and wishes he could gallop. 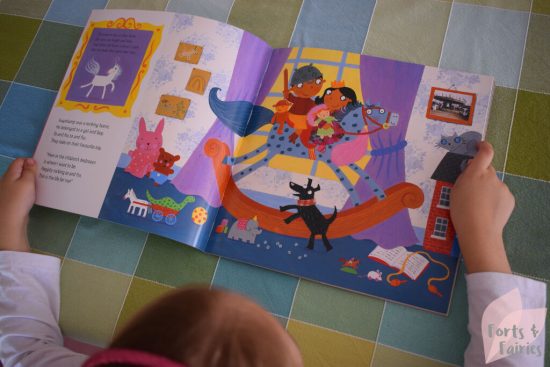 The unicorn grants his wish again, and now Sugarlump is a racing horse. For a time he is happy, but then he tires of the hard jumps and wishes he could dance. Sugarlump then becomes a circus horse but returns home to be a rocking horse because he misses the children he left behind. The Unicorn has one last wish to grant and turns Sugarlump into one last type of horse (this one I’ll leave as a surprise for you to discover) before he’s finally happy.

The story is fun and the rhyming text along with the repetitive verses will appeal to children.  The illustrations are beautiful, and the glitter on every page will make sure your children lean in even closer during storytime to touch and explore each page of this book. 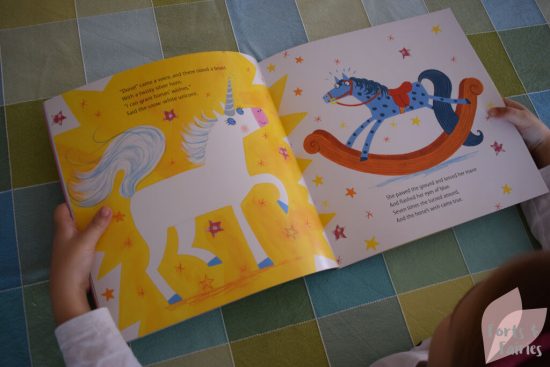 Sugarlump and the Unicorn is available from bookstores and online retailers for a recommended retail price of R145. It’s recommended for children aged three to six years.

Thanks to Pan Macmillan for sharing the wonderful story of Sugarlump and the Unicorn with us.