It’s been an exciting launch year for the Nintendo Switch. My gaming library already has awesome titles in it, and with games like Mario Kart 8 Deluxe, The Legend of Zelda: Breath of the Wild and more there really is a lot of fun to be had with this new console. But if we’re all honest here, Super Mario Odyssey was always the cherry on the already well iced cake and it’s finally here for all of us to enjoy!

Bowser is back and up to his princess stealing ways again, but this time around he’s taken it to the next level and kidnapped Princess Peach to marry her. Mario is hot on the wedding party’s heels, of course, and he has some help too in the form of Cappy, a mysterious cap who has taken the form of Mario’s famous red hat. 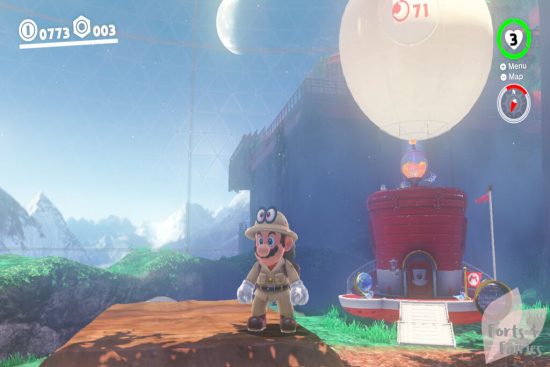 Mario and Cappy set off on an adventure aboard the airship Odyssey, exploring new kingdoms in their quest to rescue the Princess and Cappy’s sister Tiara. The team of goons known as the Broodals are on a mission to thwart Mario as they go around the world stealing different items for the wedding.

Good thing then that Cappy has a few tricks to help Mario along the way. If Mario is going to catch up with Bowser and rescue the damsels in distress he’s going to need to use Cappy’s special abilities as he faces familiar foes and new enemies too. Mario can throw Cappy at enemies to defeat them and also at objects to break blocks or activate switches. Even more fun is throwing Cappy at enemies, animals and objects to capture them and take on their abilities!

Throw Cappy at a dinosaur to become a formidable red-hatted, moustached T-rex that you can then use to bash down walls. You’ll be able to become a Gumba and form a tower of Gumbas to reach higher ground, a Bullet Bill to fly over a large gap or even a Chain Chomp to knock down blocks. It’s a fun new element that you will enjoy in the game, and even well into it you will still be surprised at just how creative the development team has been with this new ability. 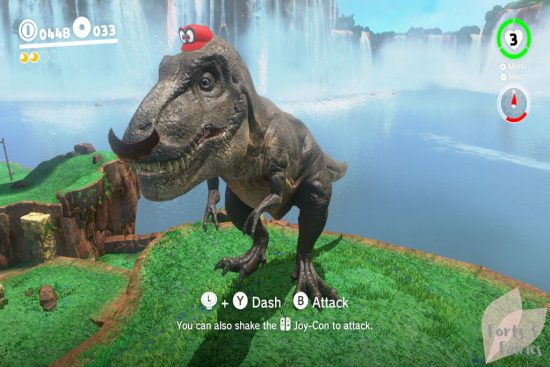 The various kingdoms are each so beautifully crafted and so different to one another, constantly giving new challenges to you as a player and keeping you visually entertained. From the sandy Tostarena kingdom with its desert dunes, wild Jaxi rides, cool Moe-eyes with shades and ancient ruins, to the vibrant colours of the wooded kingdom with it’s beautiful flower gardens and inquisitive mechanical steam gardeners, you will be continually amazed at how imaginative this game is. The 2D Mario levels that you will encounter are a classic nod which you will love.

There are so many secrets to discover. Not only will you be on the lookout for the Power Moons that power the Odyssey, but also coin stashes and the local Purple Coins currency, each hidden so masterfully that you won’t want to leave a stone unturned in the kingdoms, a habit I remember well from Super Mario Galaxy before too. You can even team up with a friend for some two player action, with one player controlling Mario and the other Cappy. It takes a bit of co-operation but can be fun.

Spending the currency and coins you’ve collected in the shops on local outfits and souvenirs is fun too. It’s entertaining seeing Mario in his different outfits (although I do regret buying the expensive boxer shorts!), and especially seeing how Cappy adapts to each new cap. Buying new outfits is valuable too, because sometimes you will only be able to access certain areas if you’re dressed in a particular outfit. Each outfit is also themed to the kingdom, and from the Sombrero and Poncho of the sandy desert to the explorer of the woods they are pretty awesome! 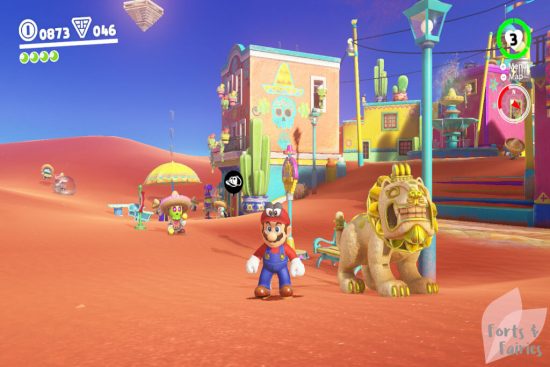 Super Mario Odyssey is a wonderfully creative, fun, and addictive game. Staying up late to do just one more level is much harder when you have a 5am toddler wake up call though! If you don’t yet have a Nintendo Switch, Odyssey is reason enough to get one, and the perfect treat to look forward to this festive season too. It’s clear that Nintendo is still a master at their craft, and Super Mario Odyssey shows this off. It’s a love and a legacy that I’m proud to pass onto my children.

Even as a Nintendo fan and having been a gamer for many years now I am still amazed at how innovative and creative Nintendo’s games are. As you explore the worlds created for you, you can be blown away by a new ability you gain or a challenge you must overcome, only to be amazed again by yet another one. Super Mario Odyssey is a world well worth exploring, go check it out, you won’t be sorry that you did! 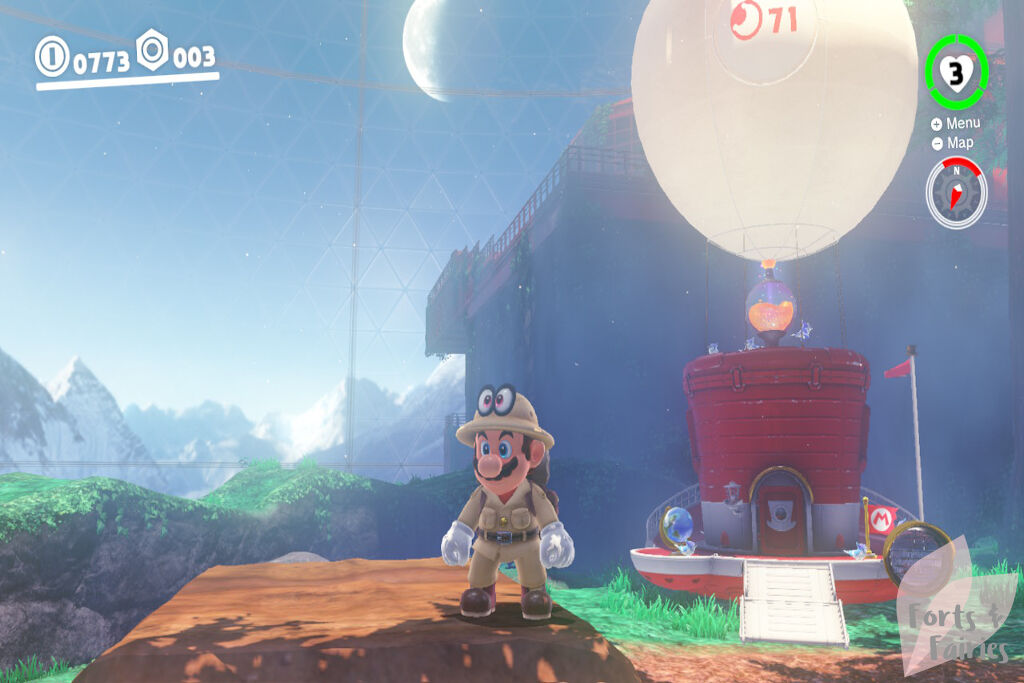 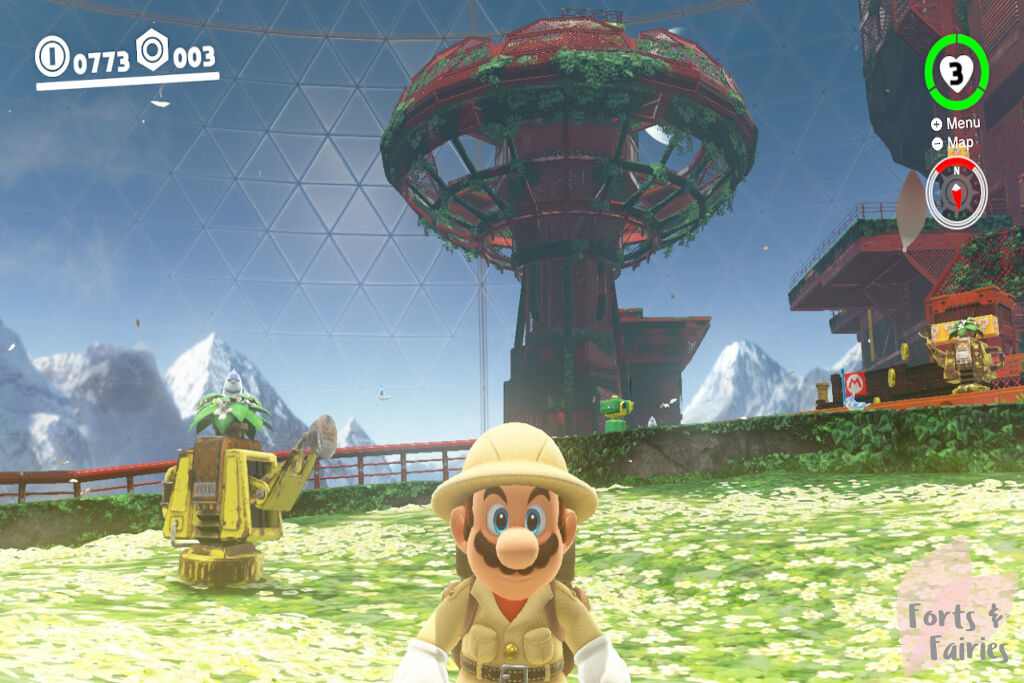 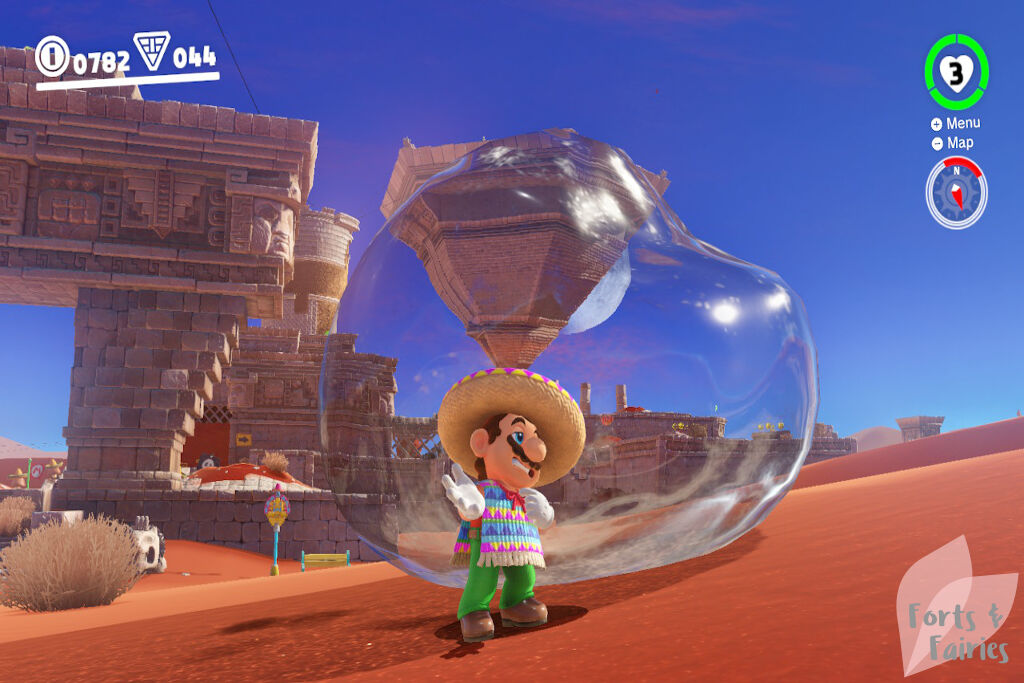 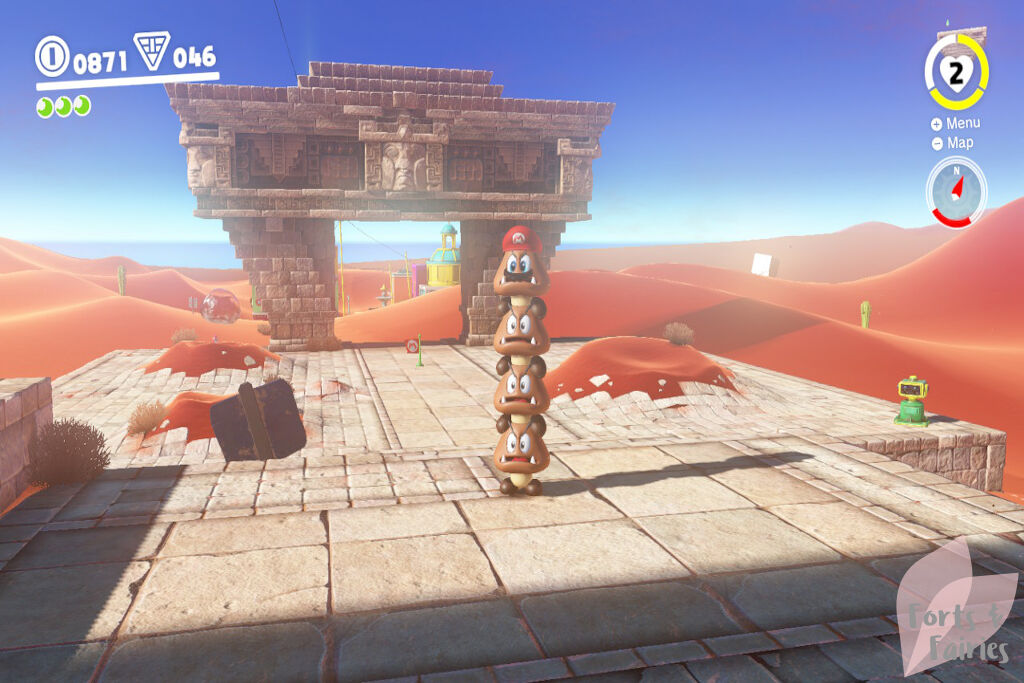 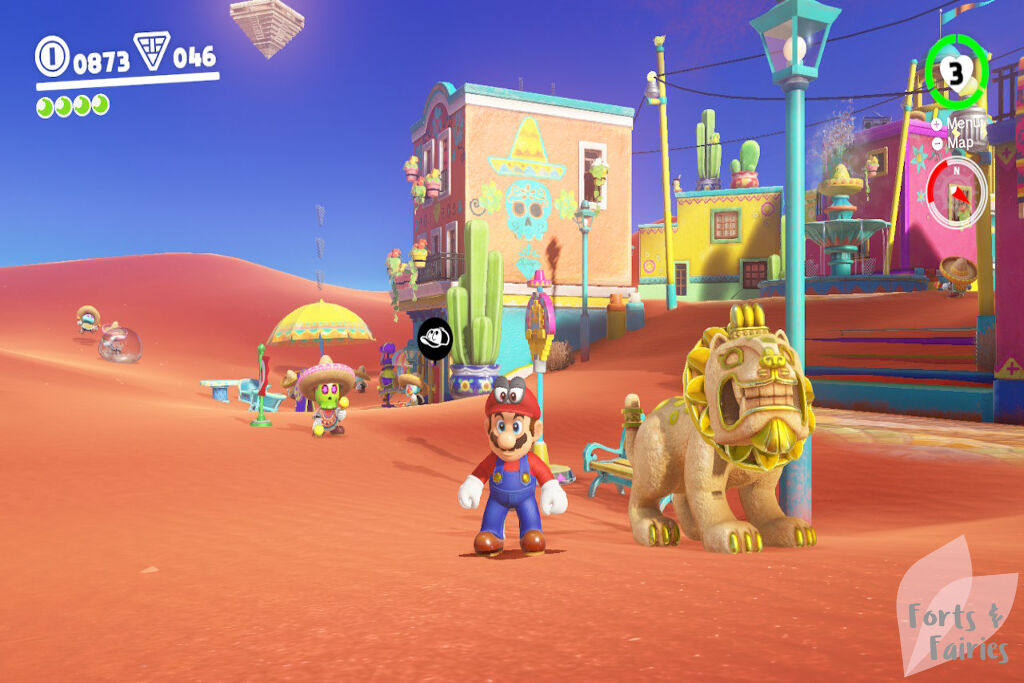 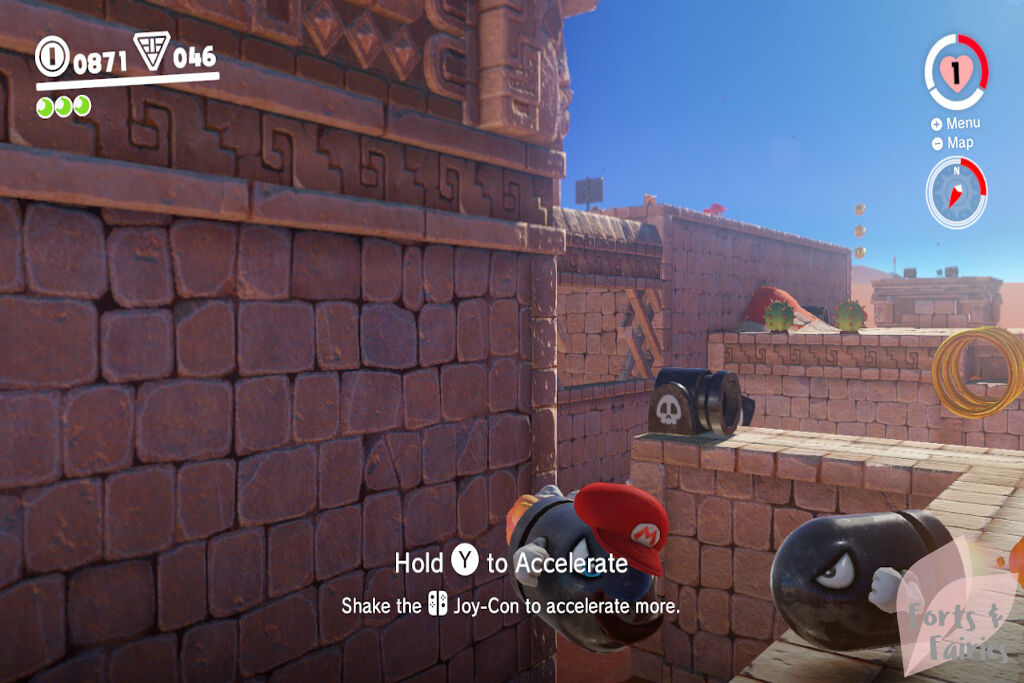 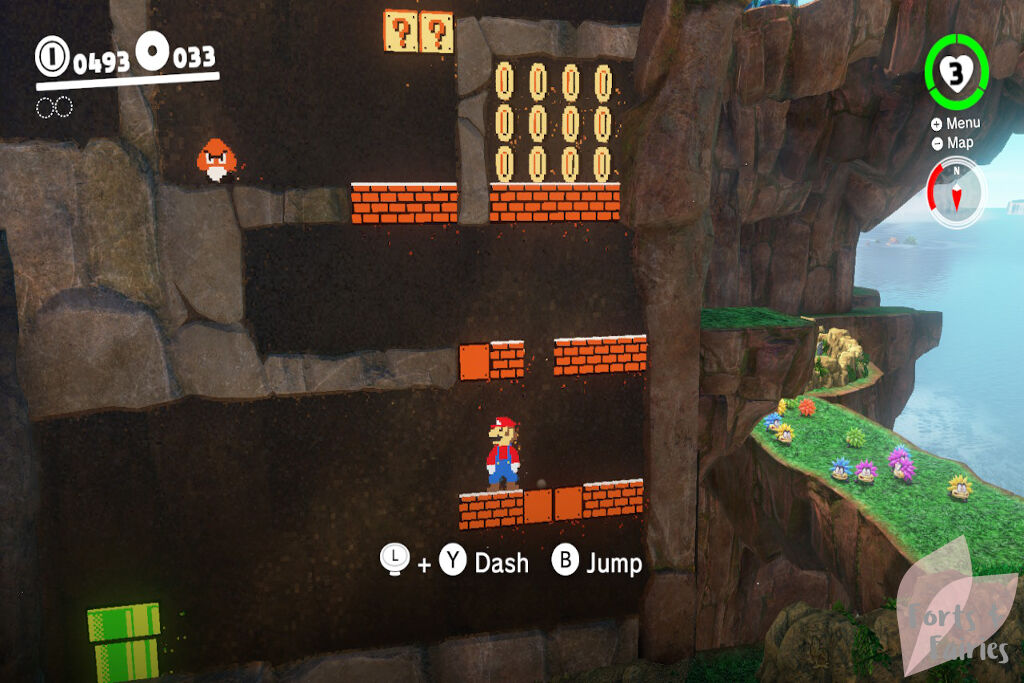 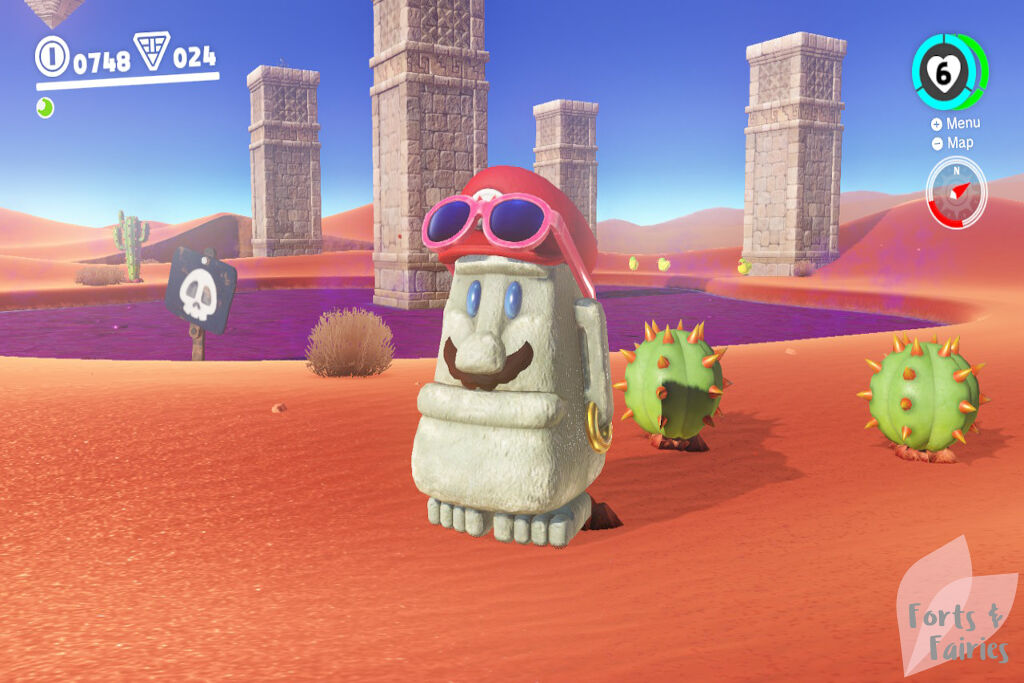 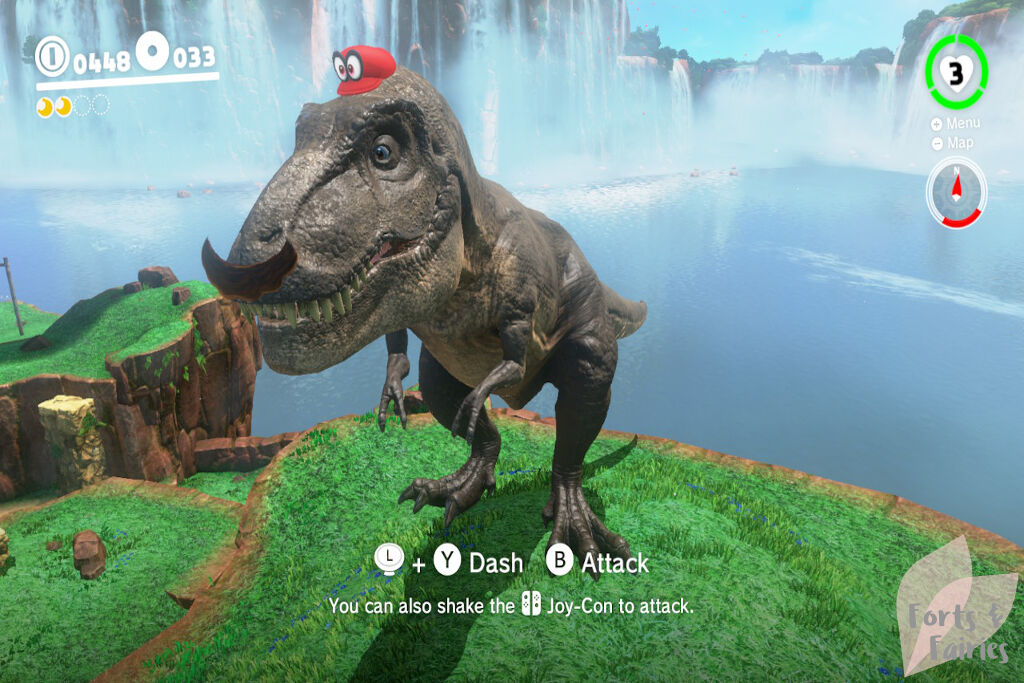 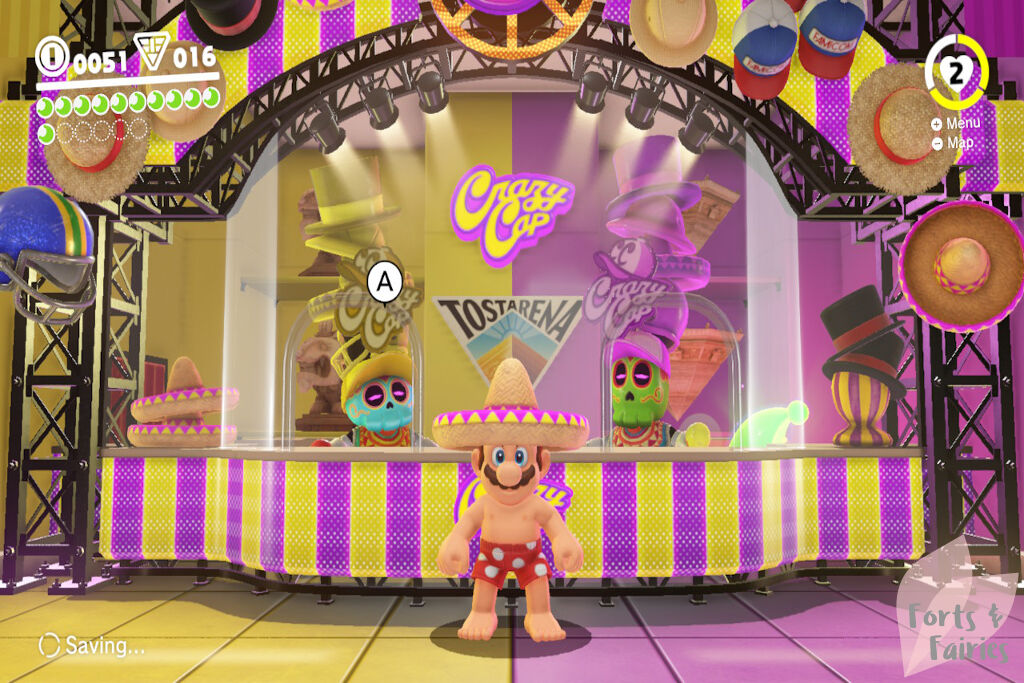 All these screenshots were taken using the game’s awesome photo mode.

Thanks to Nintendo South Africa for the the opportunity to explore this new world with Mario.