I have read two of Lesley Kara’s books before now, so I was looking forward to reading her new thriller, The Apartment Upstairs. It’s a story about a family who lose a beloved aunt through a terrible murder, and how this tragedy sets into motion a series of events which ultimately deliver a shocking truth. 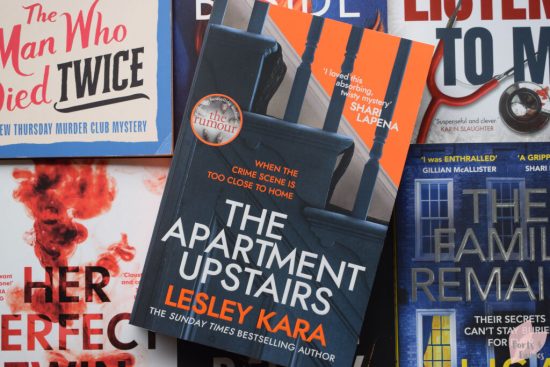 Scarlett is reeling from her aunt’s death, but decides to return to her home even though the apartment upstairs is where her aunt had lived and was in fact murdered. As she deals with the funeral plans she meets Dee, a funeral director who is also busy working on an event to mark the disappearance of her best friend ten years ago.

As the two women engage more they discover an unexpected link that leads them both to question how well they know and trust those closest to them. And the closer they get to uncovering the truth behind the secrets being kept the more dangerous it becomes.

I enjoyed the story unraveling slowly and thought the characters were likeable enough, but for me the ‘whodunnit’ part of the ending left me feeling a bit disappointed.