The Flatshare is a touching feel-good romantic comedy from Beth O’Leary. Not only will this book leave you feeling giddy with happiness, but it will have you laughing too! 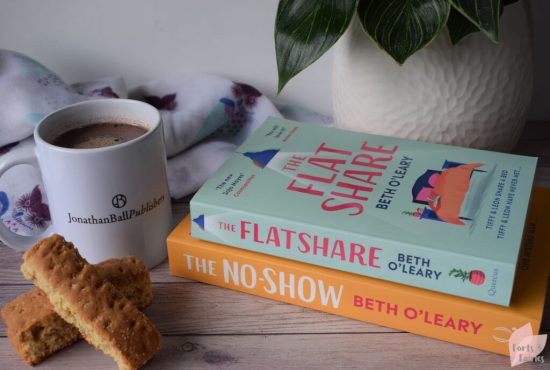 Leon and Tiffy share an apartment, but oddly enough the two have never met. Their flatshare arrangement means that Tiffy has the apartment at nights and on weekends, while Leon who works night shift will have the apartment during the day.

The story unfolds through a series of post it notes left in the flat between the two flatmates. Without any constraints or expectations, the pair share openly – they are after all strangers who don’t stand much chance of meeting.

Until one day they do, and in a rather surprising way too! Except now unexpectedly they can’t stop thinking about each other and how they enjoy being flatmates even when they aren’t in the flat at the same time.

Even though the story is centred around Leon and Tiffany and at its core is a love story, there is so much more to this tale. There are other serious issues, such as emotional abuse, gaslighting and wrongful imprisonment, that are delicately handled and add depth to the book.

The Flatshare was a delightfully fun book about friendship and love and would make the perfect holiday read.

Thanks to Jonathan Ball Publishers for sending me this book in exchange for an honest review.

The Secret Life of Pets 2