It’s Friday which means it’s game night! And we’ve been playing Mario Strikers: Battle League Football, the new sports game for the Nintendo Switch. This game is a must-have for any gamer who loves football, and the perfect choice for a family game night as you can enjoy fun, fast-paced multiplayer action together. 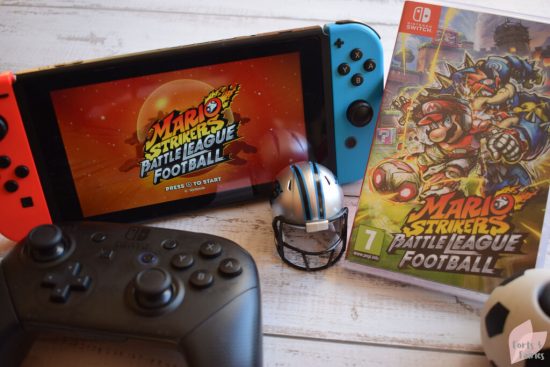 You can choose to jump straight into the action with Quick Battle or work your way through different cups with your team in Cup Battle. You’ll be able to choose from a multitude of characters, with each having unique Hyper Strikes. Assemble your team of four with AI players or get a friend or three to jump in too. Compete in matches to earn coins and then use these to upgrade your gear for your favourite characters and level up their stats to make them more powerful (for example, speed, passing and strength). 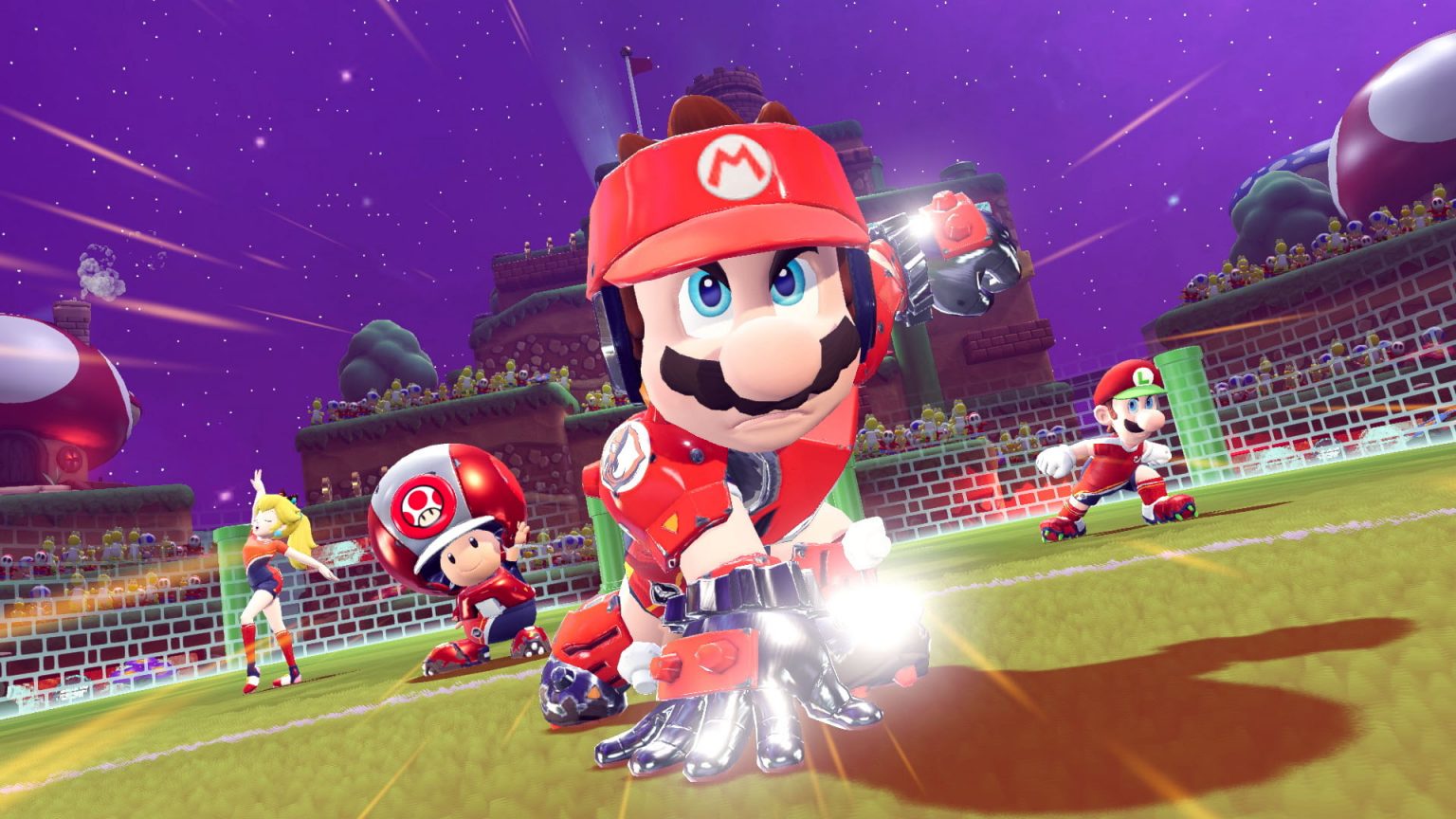 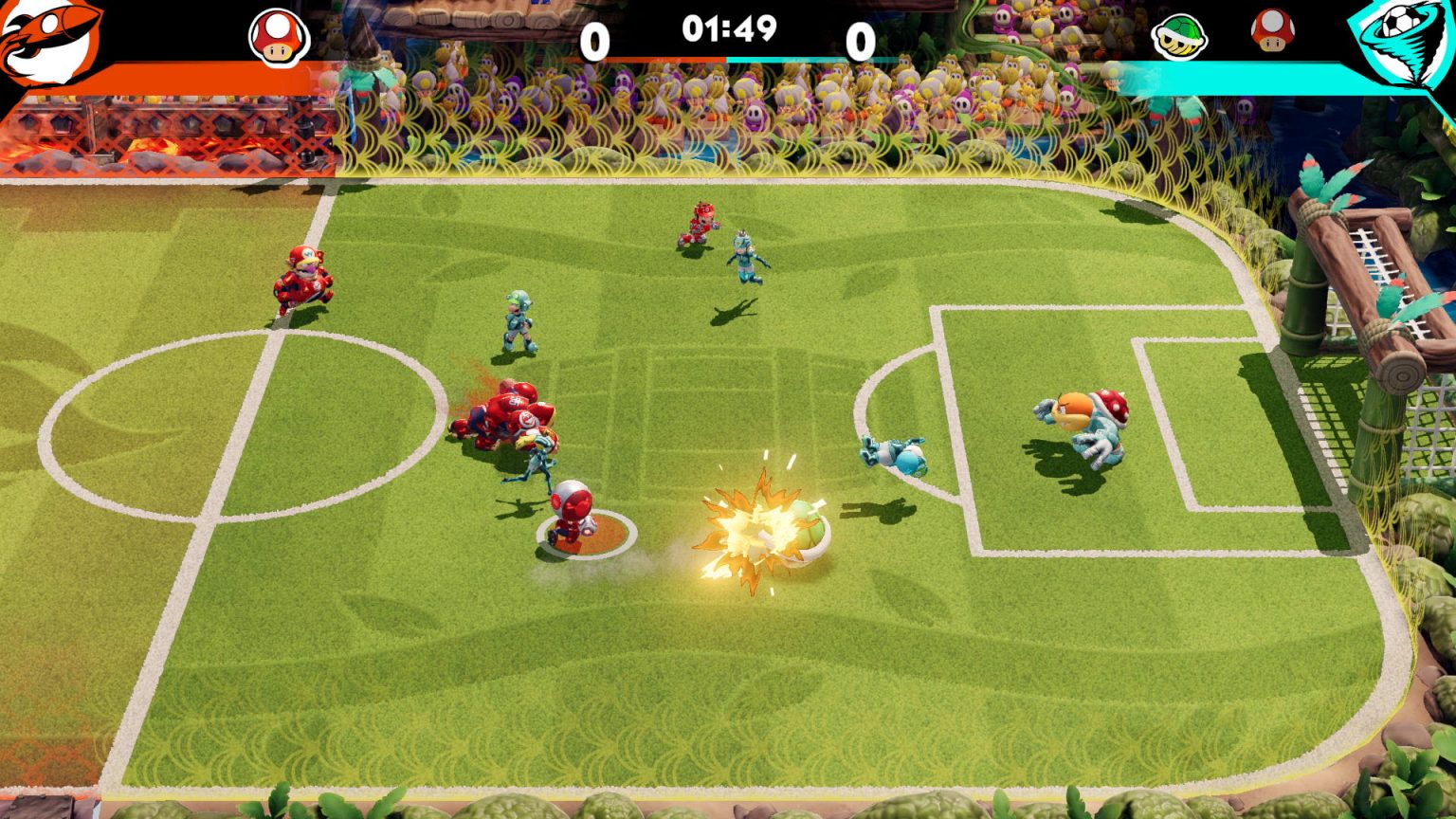 The game is technical but if you spend a little time doing the tutorials and practise the control system while playing in matches you will pick it up. Once you master the different moves (tackling, passing and shooting) and score a goal you will feel pumped for sure! You can also check the game guide for details on characters, items, stadiums, gear and cups.

There is always lots on the go on the field, and you’ll learn quickly that anything goes, but the fast-paced matches with special items and hyper strikes are such fun in the good ol’ “one more level” kind of way. 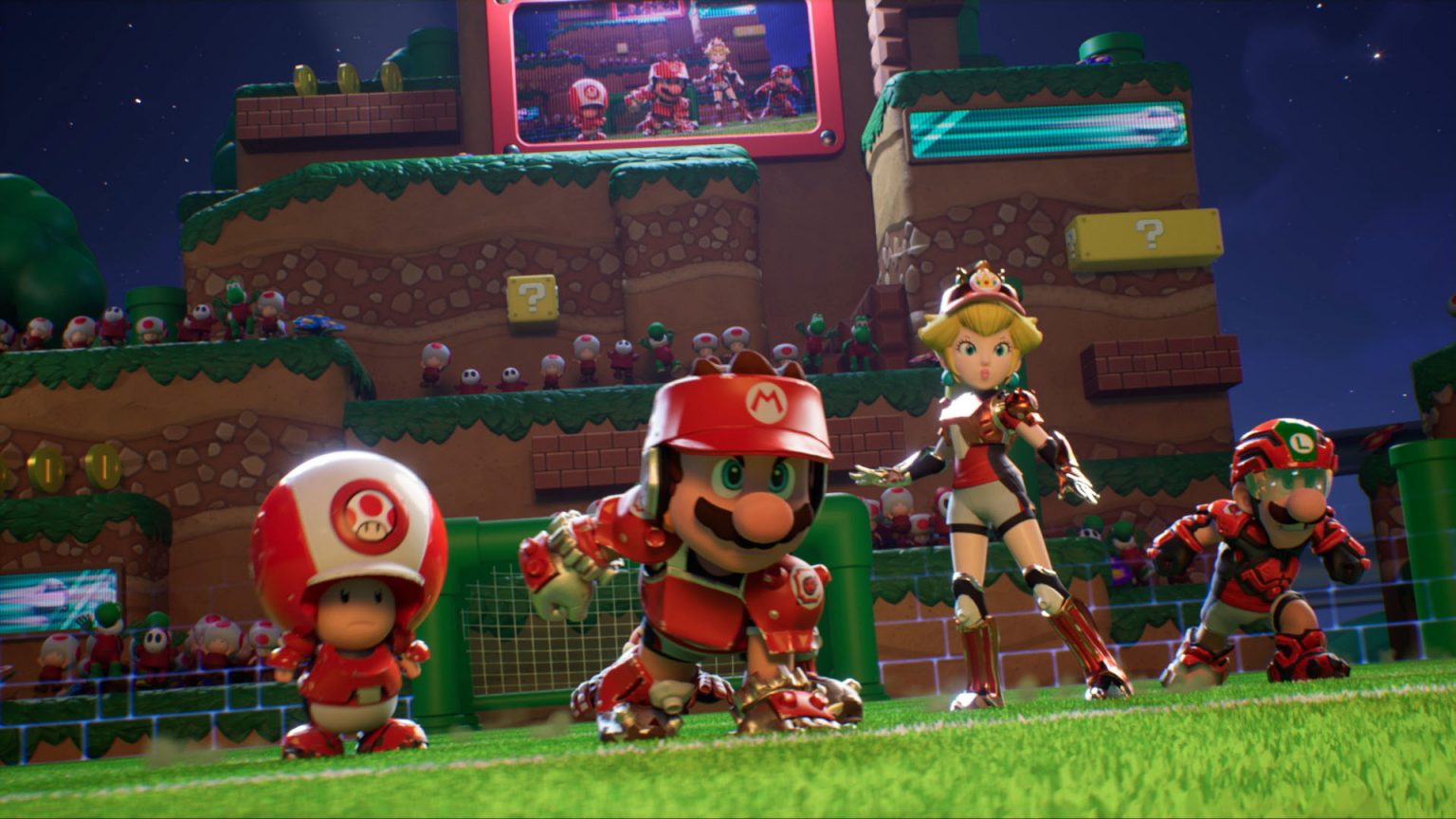 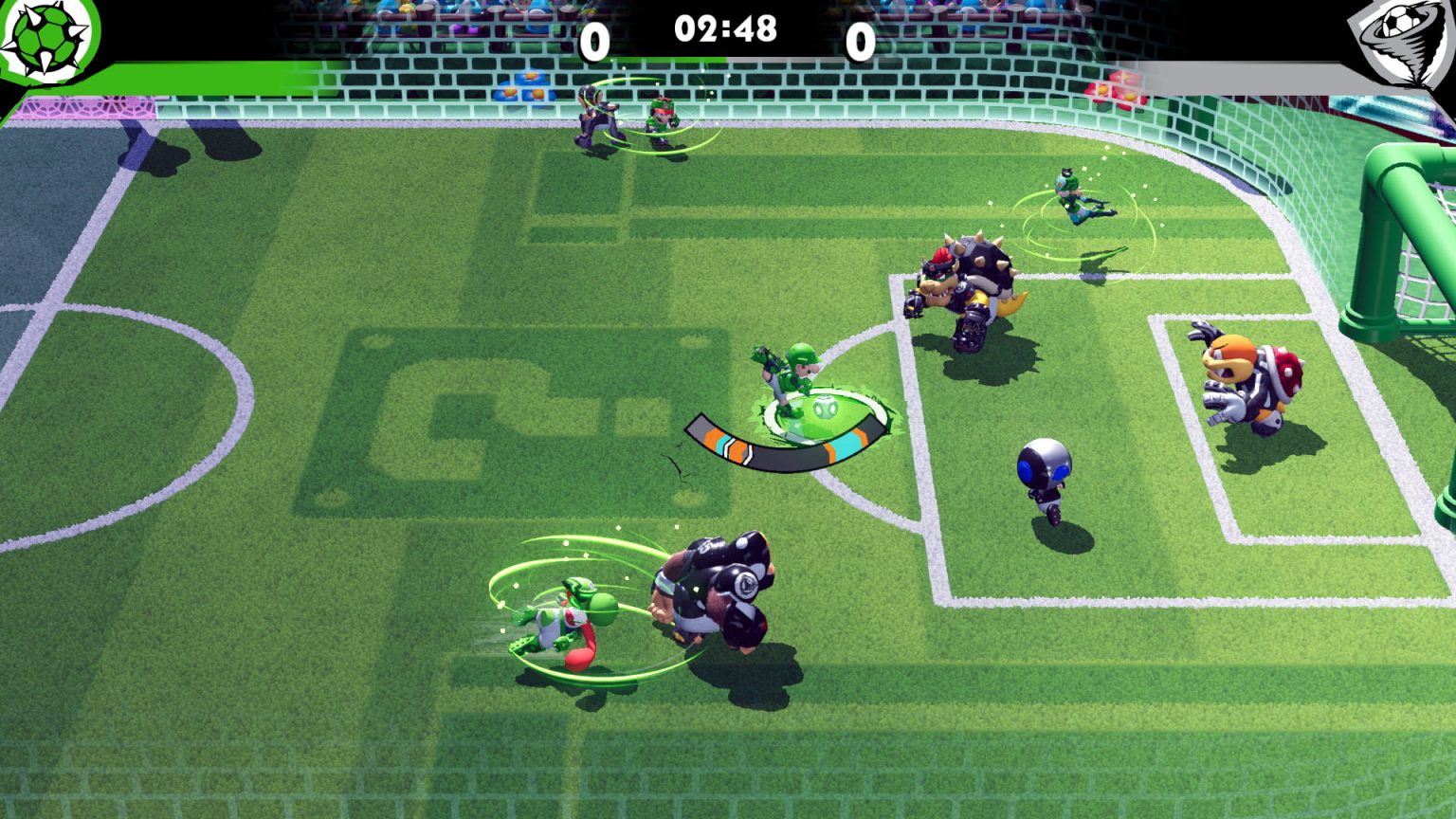 Playing Mario Strikers: Battle League Football multiplayer with all four in our family is some of the most fun we’ve had together on the Nintendo Switch. You can even play up to eight players in multiplayer mode, provided each player has their own controller, and there’s also the option to team up with other players online in Strikers Club mode during week-long seasons or play online against other players from around the world. 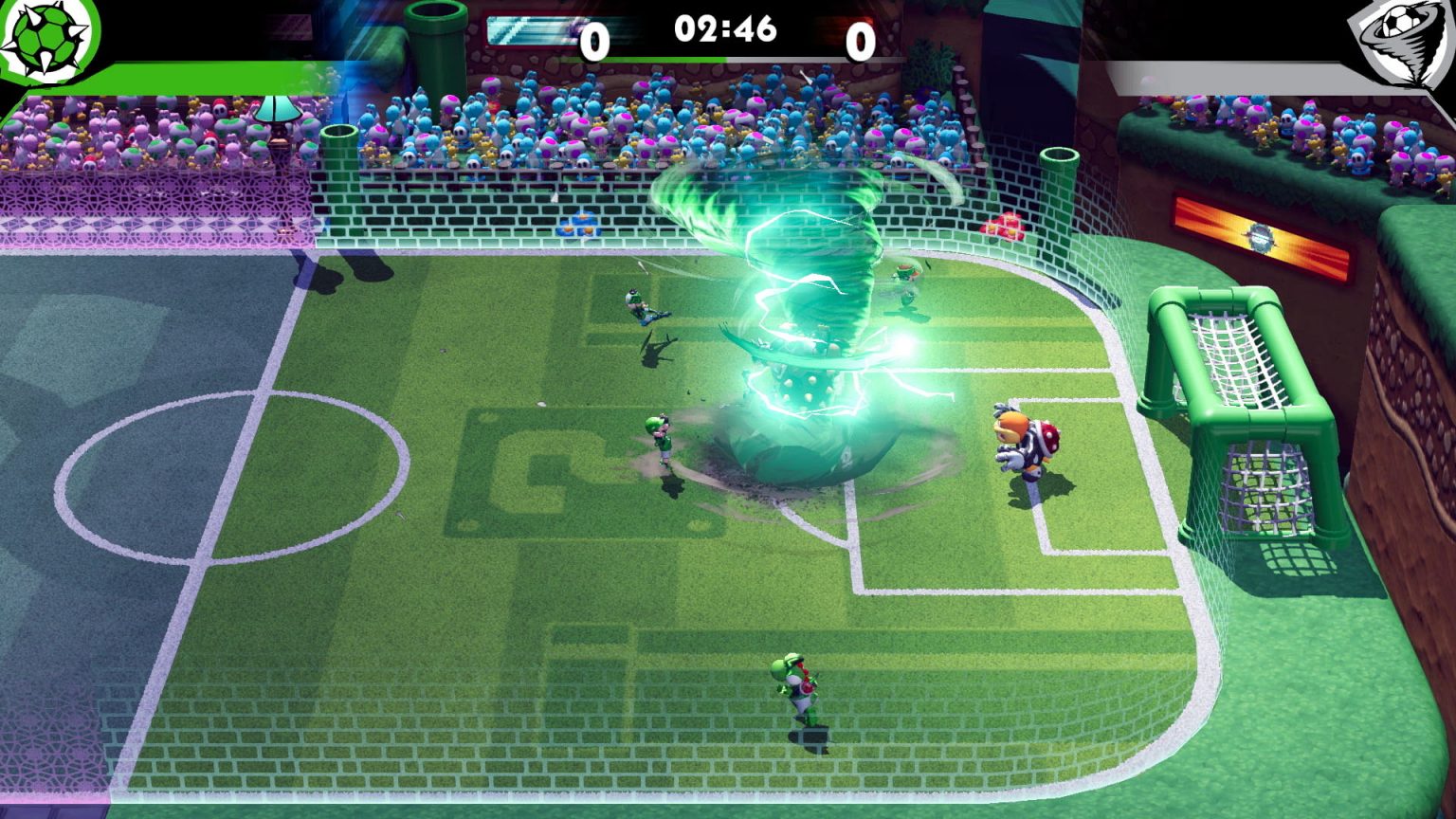 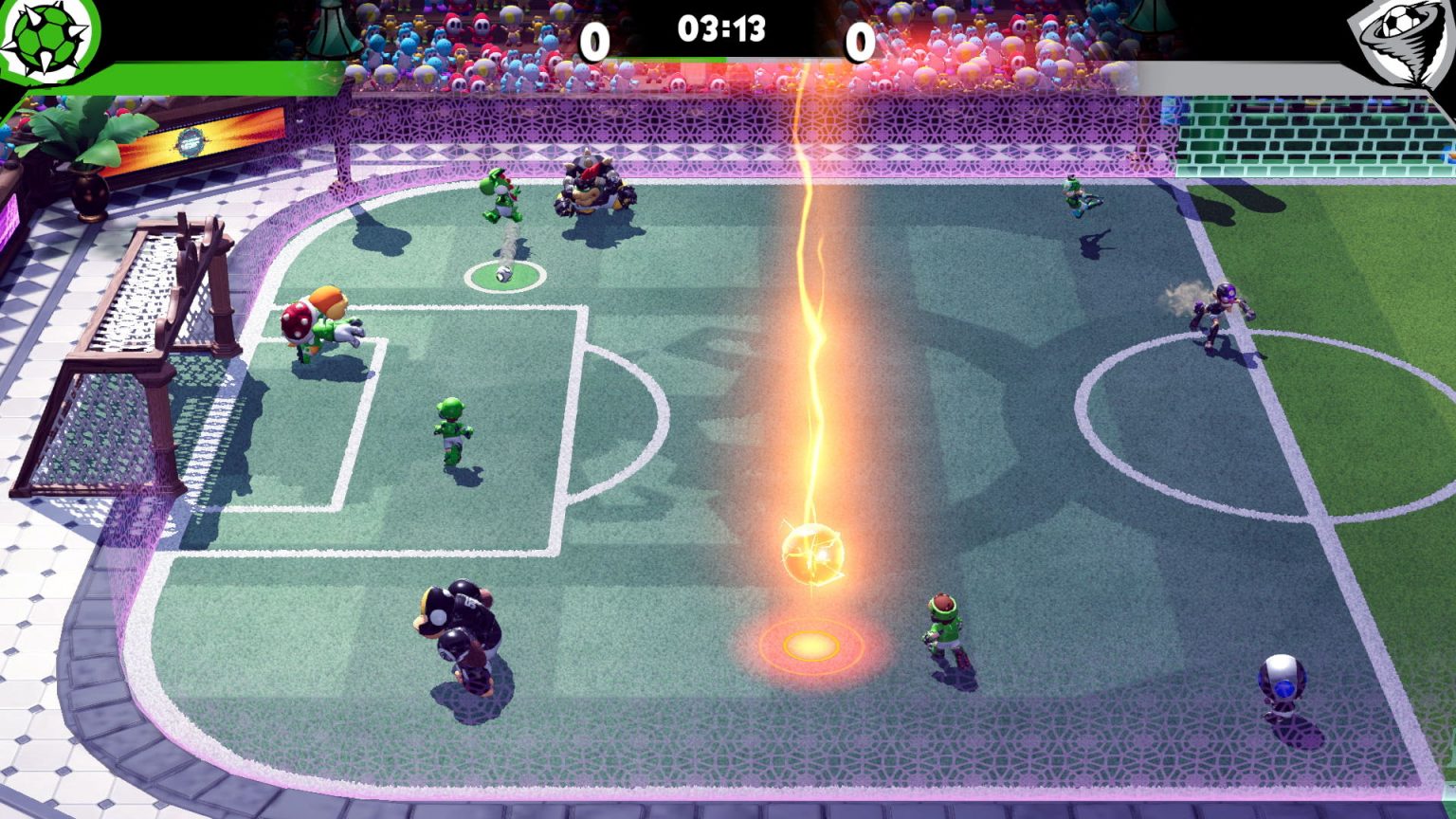 Mario Strikers: Battle League Football is available from the Nintendo eShop for R1129.

Thanks to Nintendo for sending me this videogame in exchange for an honest review.