Are You Sara? (Book Review)

Are You Sara? is a new thriller from S.C. Lalli, a mystery focusing on two different women that delves into wealth and ambition. 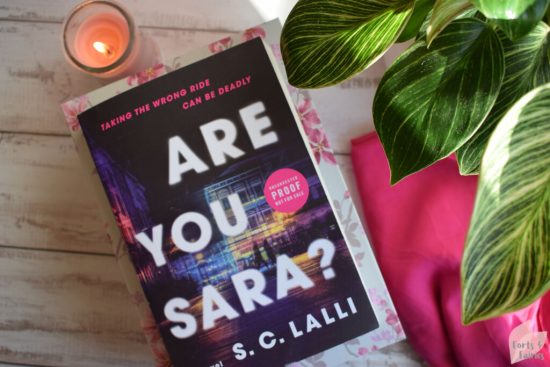 There are two women named Sara, after briefly crossing paths each call for a rideshare home but only one makes it home alive. The main character Sara realises she got into the wrong car when she arrives in a rich neighbourhood. But when she finally makes it home she sees the police and discovers that Sarah is dead.

Not only was she one of the last people to have seen this woman alive, but she soon becomes worried that she may have been the real target that night. As she tries to remember exactly what happened that night Sara is dogged by feelings of guilt that they took the wrong cars home and fear that the killer may still be coming after her.

We get to know both Sara(h)’s through alternating timelines, given us a deeper understanding of these two characters who come from different backgrounds and what secrets they have been keeping.

The premise immediately grabbed my attention but unfortunately I found the story didn’t quite live up to my expectations. The story unraveled a little too slowly and the characters weren’t likeable enough, but I did enjoy the twist even though truth be told I did anticipate it.

Thanks to Jonathan Ball Publishers for sending me this ARC in exchange for an honest review.

A Life on Our Planet (Book Review)