Imagine waking up and not having any memory of the past two months. This is the reality that Erica is facing, scared at first as to why she doesn’t remember what happened and then becoming terrified as she starts to unravel the secrets she thinks her husband has been keeping from her.

Two Months is the latest novel from Gail Schimmel, it’s a fast-paced psychological thriller that will have you wanting to know what happened to Erica just as much as she herself does. 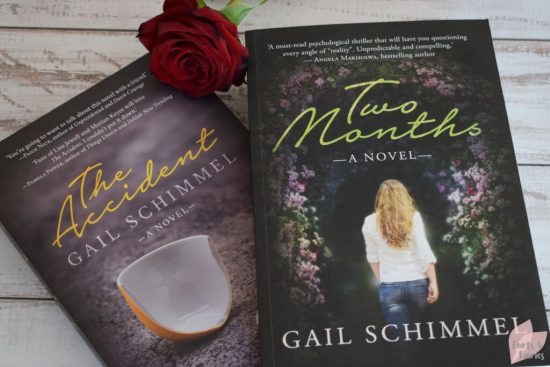 Erica is a schoolteacher who loves her job, so she’s understandably upset when she finds out she’s lost that job. She’s also part of a close-knit group of friends, so she’s devastated to discover that they don’t want to speak to her anymore. She’s confused, even more so when her husband won’t tell her what’s happened. Her husband whom she adores but is now concerned as to what exactly he is covering up.

The story is told by Erica, but you will move between her past, the time before the accident and now after the accident as pieces of her life are revealed. It’s a cleverly woven plot that slowly reveals itself, and I loved that we were discovering the truth in bite sized chunks at the same time as Erica.

Two Months is available from bookstores and online retailers for a recommended retail price of R290. You can also read my review of The Accident by Gail Schimmel here.

Thanks to Pan Macmillan for sharing this title with me.

A Walk Through the Woods