When She Was Good (Book Review)

When She Was Good is the new psychological thriller from Michael Robotham. Evie Cormac is a mystery – six years earlier she was discovered hiding in a secret room, the only survivor of a gruesome murder. She has never spoken of that day, nor of where she came from or what her real name is.

Forensic psychologist Cyrus Haven is trying to outrun his own demons, he’s no stranger to murder and guilt and he is determined to find out the truth behind Evie’s past. Evie warns him against this, knowing the danger this could put them both in when the people who are still looking for her find her. 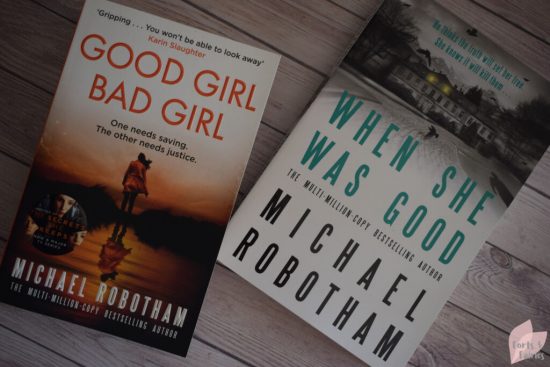 The book is told from the perspectives of both Evie and Cyrus, giving us insight into the two terrible crimes both characters lived through in their past. This lets us understand how their lives were shaped by these events and how this still affects them today.

Evie and Cyrus’s lives are connected through this, and the story unfolds from this letting us learn more about Evie’s past slowly as she recalls memories and shares those recollections with us. As Cyrus digs deeper into her past it becomes clear that it’s about to collide terrifyingly with her future, and that some powerful people are willing to do anything to silence the final witness to that terrible crime all those years ago.

Although this is the second book in the Cyrus Haven series I enjoyed reading it as a standalone, but now I can’t wait to read Good Girl, Bad Girl to find out more about the characters.

When She Was Good is available from bookstores and online retailers for a recommended retail price of R335. I would assign a trigger warning to this book for sexual abuse.

Thanks to Jonathan Ball Publishers for sharing this book with me.