Build a Bot is a new toy range to hit shelves, giving your child the opportunity to build their own character by using the simple click and create parts.

We had such fun as a family assembling the Buzzy Bee (who was promptly named Dave), the kids loved helping to build him and have so enjoyed watching this busy little bee crawl around our house. 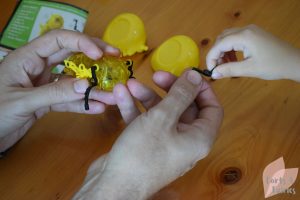 The Buzzy Bee comes with 25 pieces, and with detailed instructions it’s simple to follow the steps and build the bee. If your child is aged eight and up they will be able to build it unassisted, but children from the age of five will need assistance from you to help build their bot. My children had no problem helping pass Dad the parts he needed, and they had lots of fun decorating the bee with stickers as we built too.

The parts all click together easily, so no tools are necessary, and this means you can also disassemble the bot by unclicking them and building it again as many times as you want. Each step of the instructions is clear with tips, some fun facts and even explanations of a few robotics terms such as levers and motors. You can then personalise your bot with the included stickers. There are three different colour eyes to choose from, as well as black stripes and blue eyebrows which help to give him a lot of personality. You can also fill in the Build a Bot Build Certificate to note when you built him and what his name is. 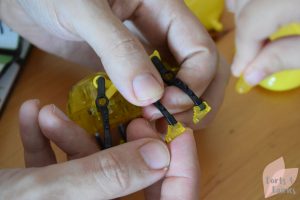 Once your buzzy bee bot is built you will notice just how cute he is! With soft antenna (one up, one down), six little yellow shoes to walk on, large transparent wings, and big eyes, it’s hard not to fall in love with the little bot which you just helped to build. Switch him on underneath his belly (his batteries are included) and watch him crawl around – the motor makes his legs move and wings flap and he is quite speedy!

The kids absolutely adore their Build a Bot. Not only is he cute, but building the bot together with Dad exposed them to S.T.E.M. learning as they helped to build this working character with mechanical parts in a very hands-on manner. S.T.E.M. learning encourages children to be educated in science, technology, engineering and mathematics. 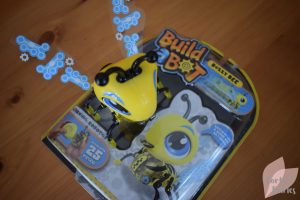 The Build a Bot Buzzy Bee is available from toy stores and online retailers for a recommended retail price of R299. There is also a ladybug and ant available in this Build a Bot range, and you can join the bugs together to make a caterpillar for even more buggy bot fun. 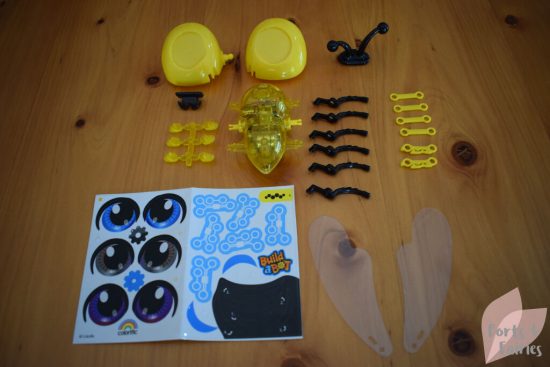 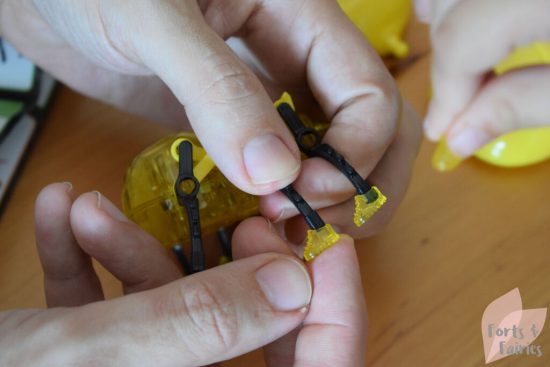 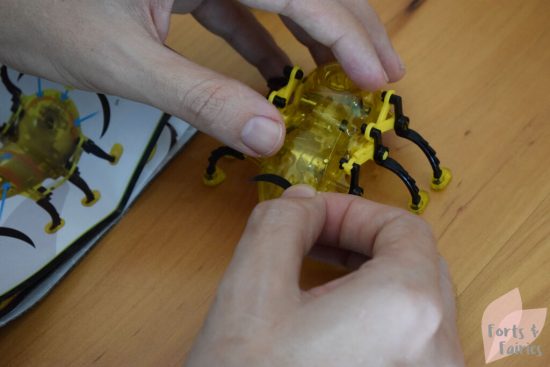 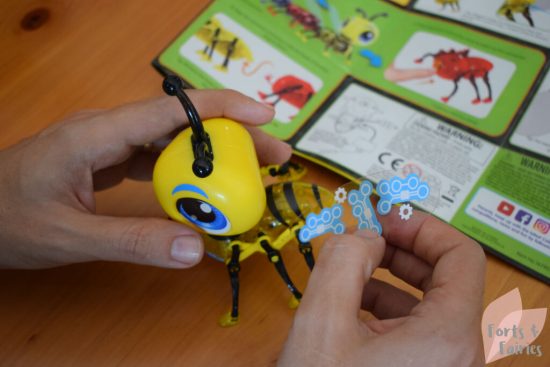 Thanks to Prima Toys for this Build a Bot Buzzy Bee fun!