This is the third year we’ve been to the Disney On Ice show in Durban, and I wanted to share with you today why it was just as magical this year as it was the first time we visited. Like most children my kids absolutely love everything Disney, and they look forward to the show every year. My daughter is now 5 and my son 3, which means she was 3 when she first went to the show and my son was just 1. They were just as entranced last night as they were on the night of our first show, as were mom and dad! 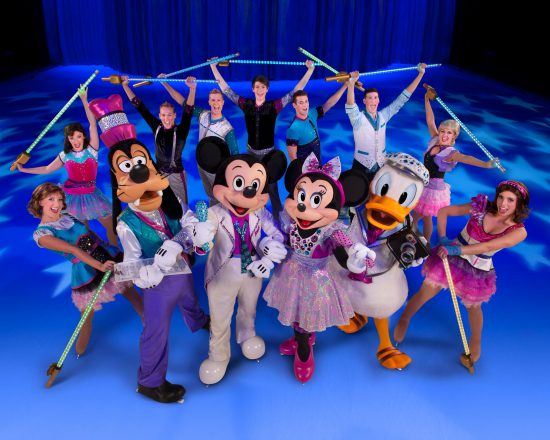 Disney On Ice delivered the magic that we have come to know and expect from Disney at last night’s opening show in Durban. If you’ve been to the show before you will know how incredible the ice-skating is, and this year’s performers didn’t disappoint with magnificent moves and beautiful costumes all brought to life with stunning sets, props and lighting effects.

Mickey, Minnie, Goofy and Donald were once again our hosts, introducing each act. I won’t soon forget the look on Ethan’s face when Mickey skated onto the arena for the first time! You’ll meet many of your favourite characters during the show, including Ariel, Belle, Queen Elsa and Princess Anna. But the songs, dances and costumes were all so different that if you’re wondering whether you should go again this year the answer is a resounding yes! 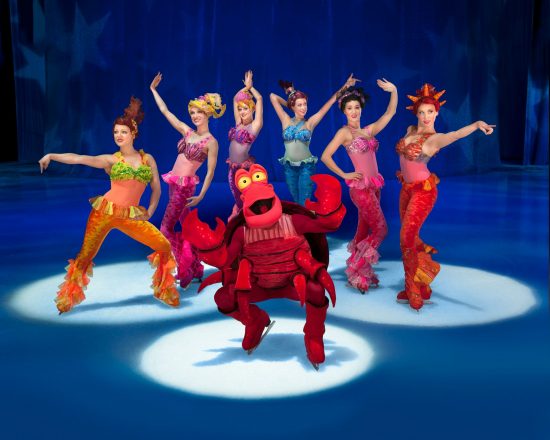 The highlight of the show for me was the Under the Sea sequence with Ariel and Sebastian. Reminiscent of The Lion King dance in the show two years ago, it was filled with gorgeously luminescent costumes as the dancers swirled and twirled bringing dolphins, jellyfish and stingrays  under the sea to life. There was even a new breathtaking aerial performance done by Ariel. The Be My Guest set from Beauty and the Beast was also stunning, as was the show finale from Frozen.

Everything in between was just as captivating, with the brilliant Maximus making an appearance and beautiful floating lanterns adding a touch of enchantment to the wonderful songs from Rapunzel. Judging by the crowd’s reaction Frozen remains a favourite, all of us roared collectively when Sven skated onto the ice and the roof was nearly raised when Olaf appeared. The In Summer performance was striking with bees and flowers, while the snow during Let it Go was also just magical. 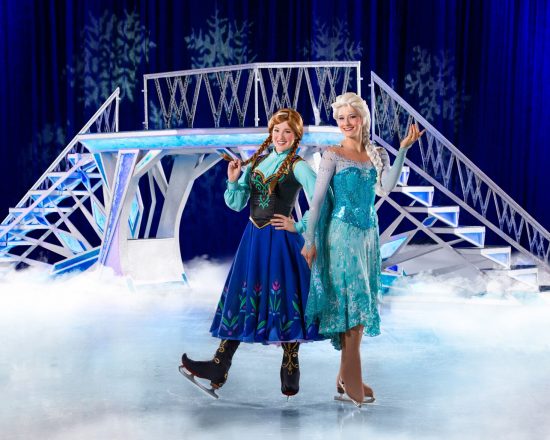 Disney On Ice is a must-see, and as seen by the attendees last night you will enjoy it just as much if you’re a granny, a mom, or a small lass.  The show is on in Durban until Sunday 7 July and will be be on in Cape Town from Wednesday 10 July to Sunday 14 July, and you can still get tickets from Computicket. There is an awesome selection of merchandise on sale, including light-up wands, T-shirts and plush toys along with slush drinks in fun Disney themed cups as well as popcorn and candyfloss that come paired with masks, crowns and bags. There are also other various food and drink vendors on site.

The show was seamlessly run, from quick check-in to the venue to a quick departure afterwards. The first half of the show is roughly 45 mins long, with a 20 minute interval before another roughly 45 minute long second half.  Parking is available in the ICC. If you get there an hour before the show starts that will be more than enough time to check out the merchandise, grab your food and drinks, and find your way to your seats. My two top tips are to park with your car nose facing out and to pay for your parking before the show so you can quickly exit the parking.

Thanks to Showtime Management for hosting us for Disney On Ice.

Team Up with BOS Sport and win for your school sports team!