The Lil’ Ocean Explorers Dunk ‘n Juggle Seal is a fun toy that will encourage your little ones to learn to pop the ball into the hoop. In no time at all they will know that the seal will then bark, clap its flippers, and play music as a reward. When the seal opens its flippers the ball will run either left or right down the stand, encouraging them to crawl after the ball.

The seal itself is a happy, bright blue, and the toy comes with three balls for the kids to dunk. The balls are yellow, green and purple, and are surprisingly robust. There is an on/switch on the back of the seal, and also two different volume levels.

This toy is aimed at kiddies from the age of six months upwards, but from the age of eight to twelve months this will become the perfect toy. For it is now that your little ones obsession with the repetition of posting will come to the fore and the Dunk ‘n Juggle will hold their attention well despite the relatively simple mechanic involved. 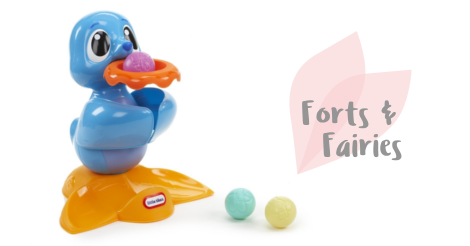 The balls are easy to grasp and even my three year old enjoyed taking turns to dunk the balls, although she did tire of the mechanic more quickly. She also had fun trying to balance the ball on the seal’s nose to then fall into the hoop which is quite a bit more challenging! The balls store nicely in the hoop when the seal is switched off which is handy.

The Dunk ‘n Juggle Seal is great for a baby who isn’t on the move yet, and also for a crawling baby. My son still enjoys playing with the seal, but now that he can walk he just picks the seal up and goes! I’ve been surprised as to just how sturdy the seal is though, withstanding his sometimes impatient pulling at the seal’s flippers to release the balls.

And all the while your child is playing with the Dunk ‘n Juggle Seal they will be beginning to develop their hand/eye co-ordination and problem solving skills, as well as learning about cause and effect. 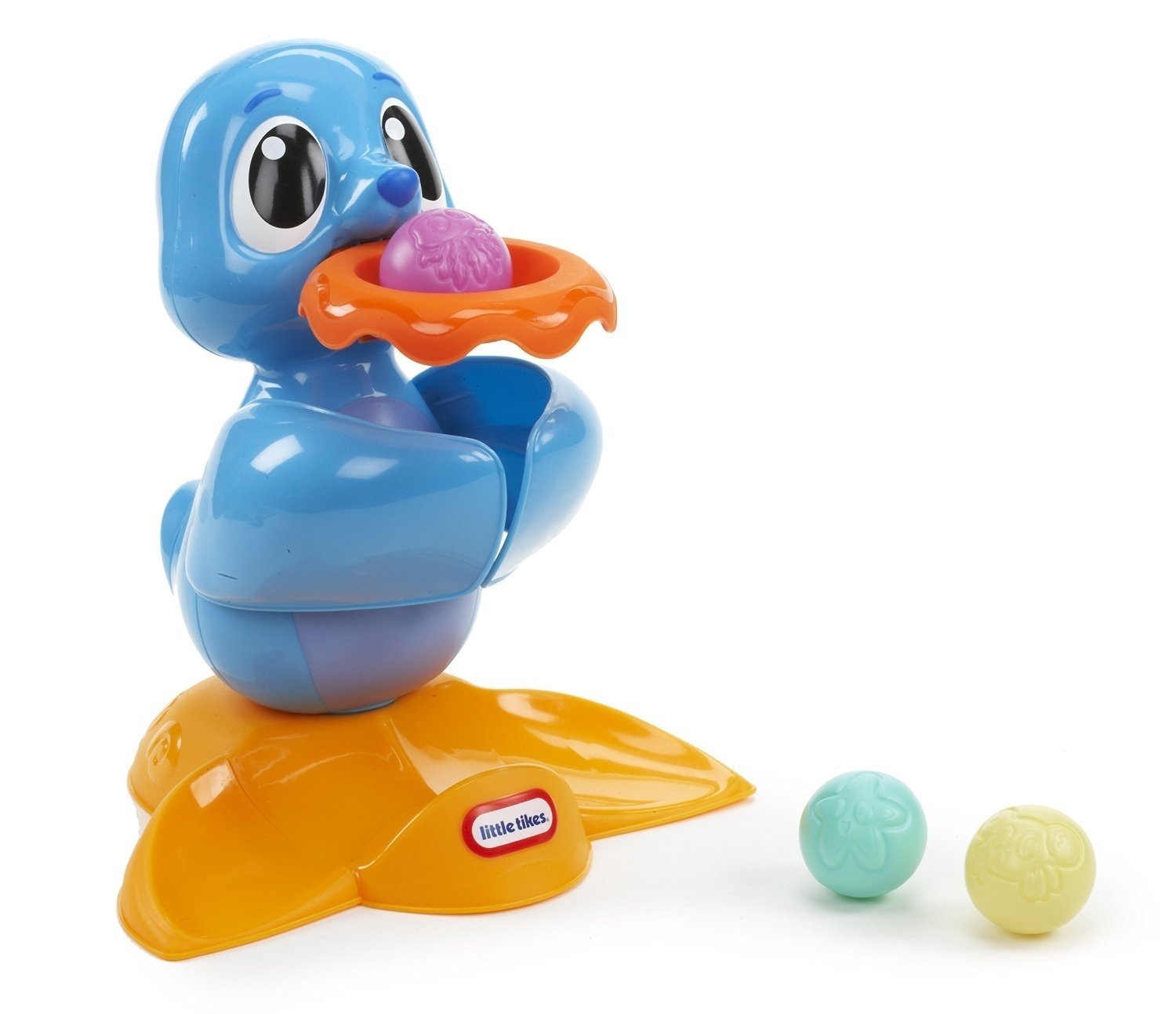 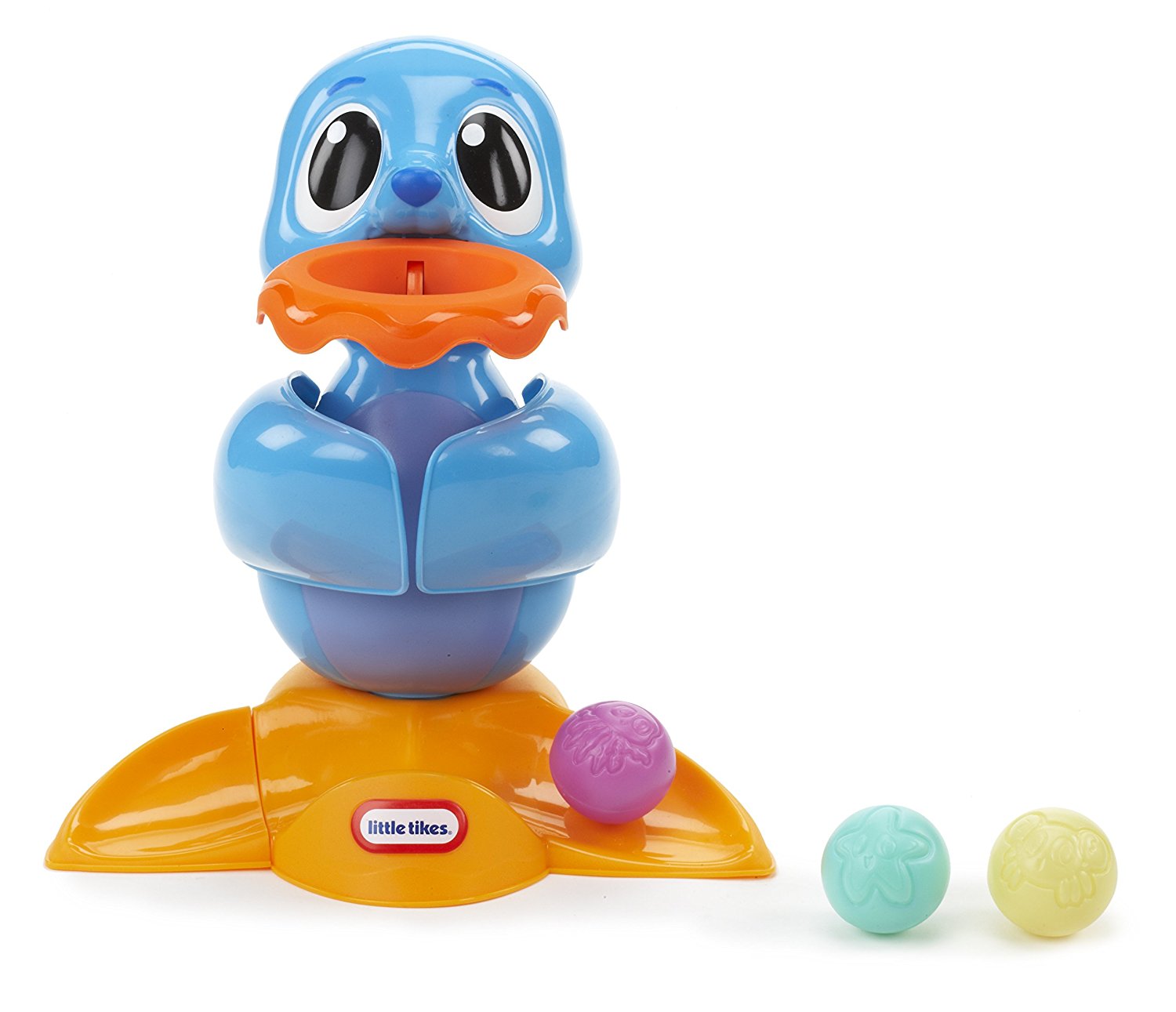 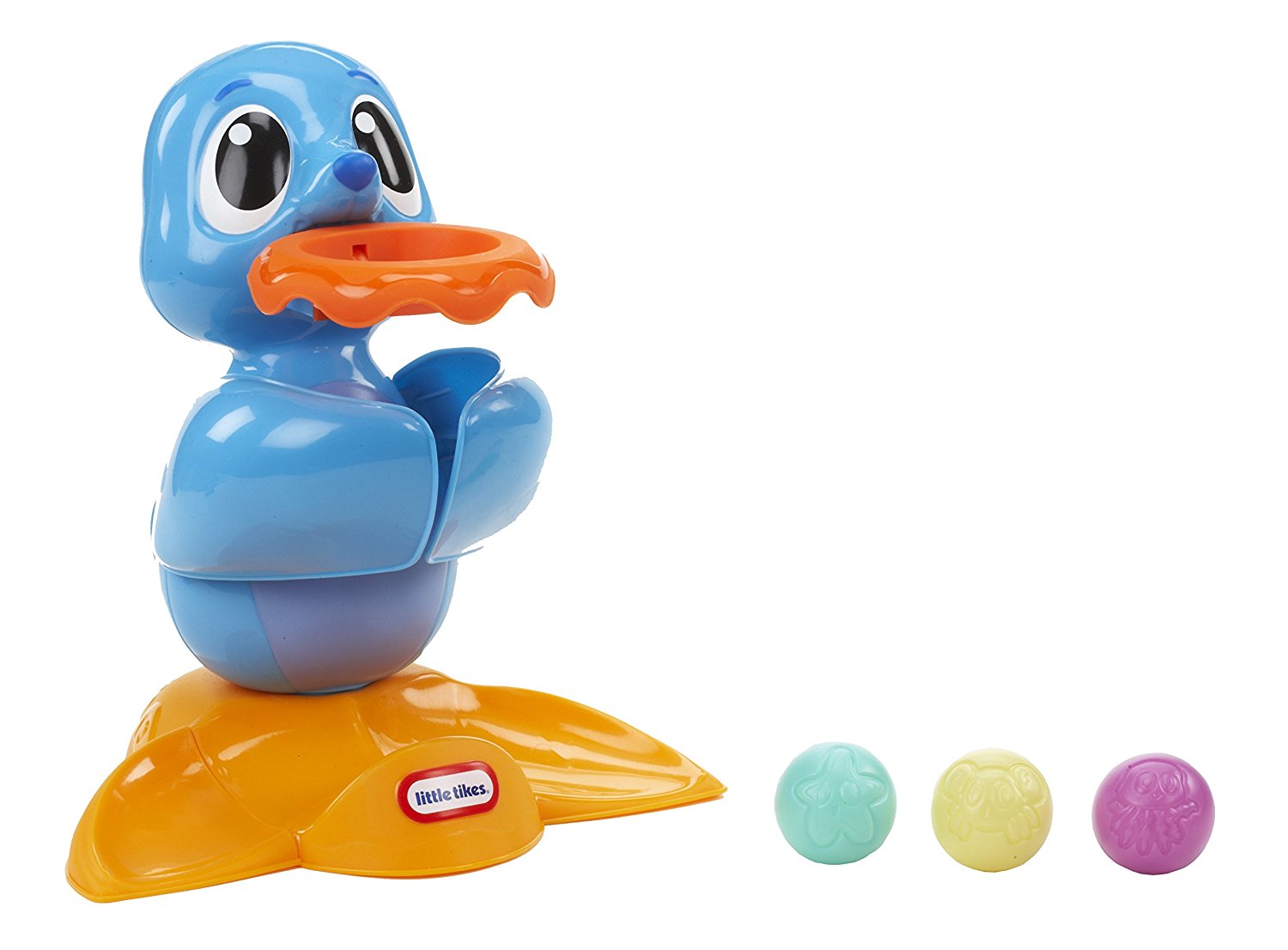 Thanks to Prima Toys for letting my little ones be seal trainers in the making.