I have fond memories of listening to music from my childhood, the catchy tunes of ABBA were often played in the car on our late night weekend trips to our farm in the Berg. And so the lyrics to these popular songs were written to my heart, and stored in my mind as I discovered last night. My mom and I went to a preview screening of Mamma Mia! Here We Go Again, and I’m happy to report that it was just as full of fun musical numbers as the original musical comedy. Can you believe it’s been ten years since the original Mamma Mia was released? 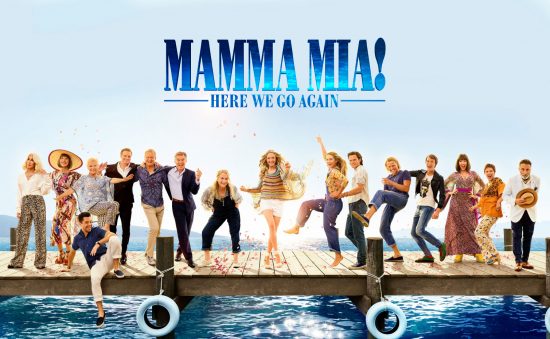 The movie is set after the events of the first film, but it also includes many flashback scenes to the early days in 1979 as we learn the story of how Donna came to the island of Kalokairi and how she met each of the three men who could possibly be Sophie’s dad, Sam, Bill and Harry. You will soak up the beautiful scenery, and revel in the wonderful costumes that were just so fitting for the 70’s. But most of all you will find yourself smiling at the songs from the marvellous ABBA which still have the power to make you dance, jive, and generally just have the time of your life. 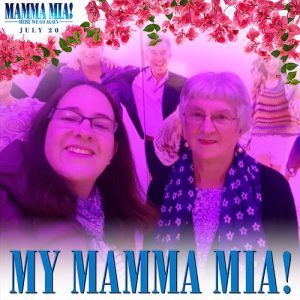 Admittedly it’s been a while since the songs of ABBA have played in my home (I think the last time was when I belted out a few tunes with SingStar ABBA), but I found myself remembering all of the popular songs included in this musical comedy. Some of my favourites of the night were Waterloo, Knowing me, Knowing You, Super Trouper, Dancing Queen and, of course, Mamma Mia.

Mamma Mia! Here We Go Again opens in cinemas across South Africa today. It’s a fun movie to check out with your mom or a bunch of your girlfriends. You’re guaranteed to tap your toes to the beat, and you may even catch yourself singing along to a few of the songs!

Thanks to United International Pictures for showing us that we can still sing, dance, and have the time of our lives!