The world of Paper Mario is always the most beautiful to explore, filled with stunning areas and a level of creativity that is hard to beat. The Origami King is no different, and you will love every moment of this new adventure in a world made entirely out of paper as you set out as Paper Mario on a quest to save Princess Peach and right the wrongs of the Folded Soldiers.

King Olly has kidnapped the princess and his army has turned everyone that may stand in their way into origami. In a strange twist you must even rescue Bowser as well as various other characters who often stand against Mario as enemies. You will journey to free each of the magical paper streamers which whisked the castle away and sealed it, traveling from the rolling green hills of Toad Town to the splendid red and orange hills in Autumn Mountain. The areas are so different which brings a wonderful variety to the exploration aspect of the game. 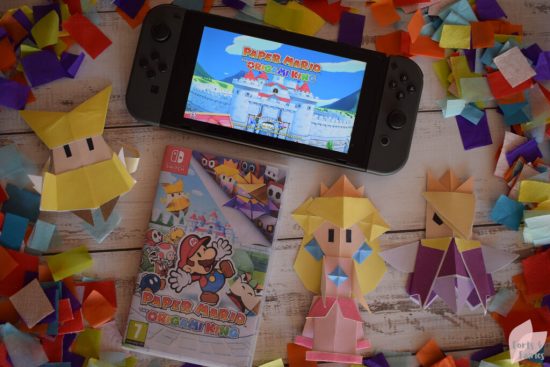 Olivia joins you on your mission, offering advice if need be and helping to move the story along. She will also give you access to the 1000 Fold Arms which you will need to use to solve some of the puzzles. Much of the exploration will see you facing large holes in the world which you will need to fill with the confetti you collect to cover the paths and progress in the game.

Locating the hidden toads who have been folded into origami is key to the game, and you will grow adept at spotting the toads who have been folded into various bugs and animals or simply shoved into different spaces. As you rescue the toads the areas will become bustling with activity again as the shopkeepers return to shops and ship captains to boats, and you can then interact with them and purchase various items and equipment. You will of course also want to to collect as many coins as possible so you can upgrade your skills. There are plenty of secret collectibles to discover and if you’re anything like me you will seek to 100% each level. 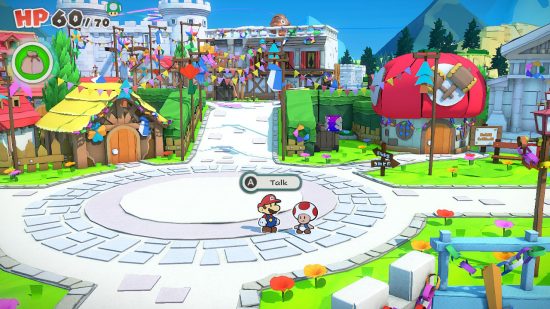 You’ll certainly need the items and equipment because when you encounter enemies such as Goombas, Cheep Cheeps or Shy Guys you will automatically enter into the new wave based battle system. This will challenge you to equip items, use healthy wisely and plan attacks on enemies. You will be able to rotate rings to line enemies up before taking turns to perform actions and then fight. You will have to adjust your strategy depending on who you are facing, and you will also face bosses in this same manner although they will be more difficult to beat of course. But the stands in the battle grounds will fill with toads as you rescue them who will cheer you on, deliver snippets of advice and even deliver a light blow to help you along in exchange for some coins.

There is a humour to this game that I haven’t seen in a Mario game before, and I love it. From teaming up with some of the usual bad guys (think Bowser and even a bob-bomb) to reading the oft funny comments from the toads you rescue, I loved seeing this new side to Mario. It’s not all giggles though because saving the world is serious business too so prepare for some gritty music when things are about to get challenging.

In times like today it’s nice to sprinkle some colourful confetti everywhere, so if you have a Nintendo Switch be sure to check Paper Mario: The Origami King out…it’s a beautiful world to unfold. 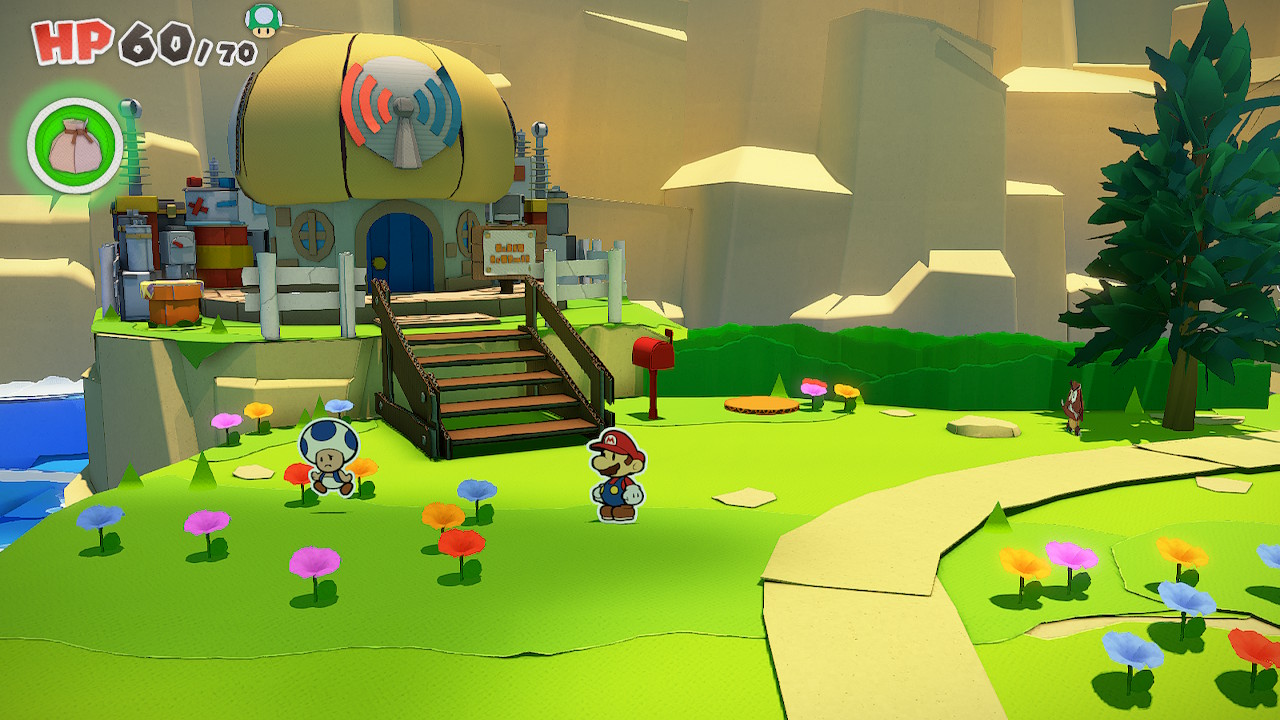 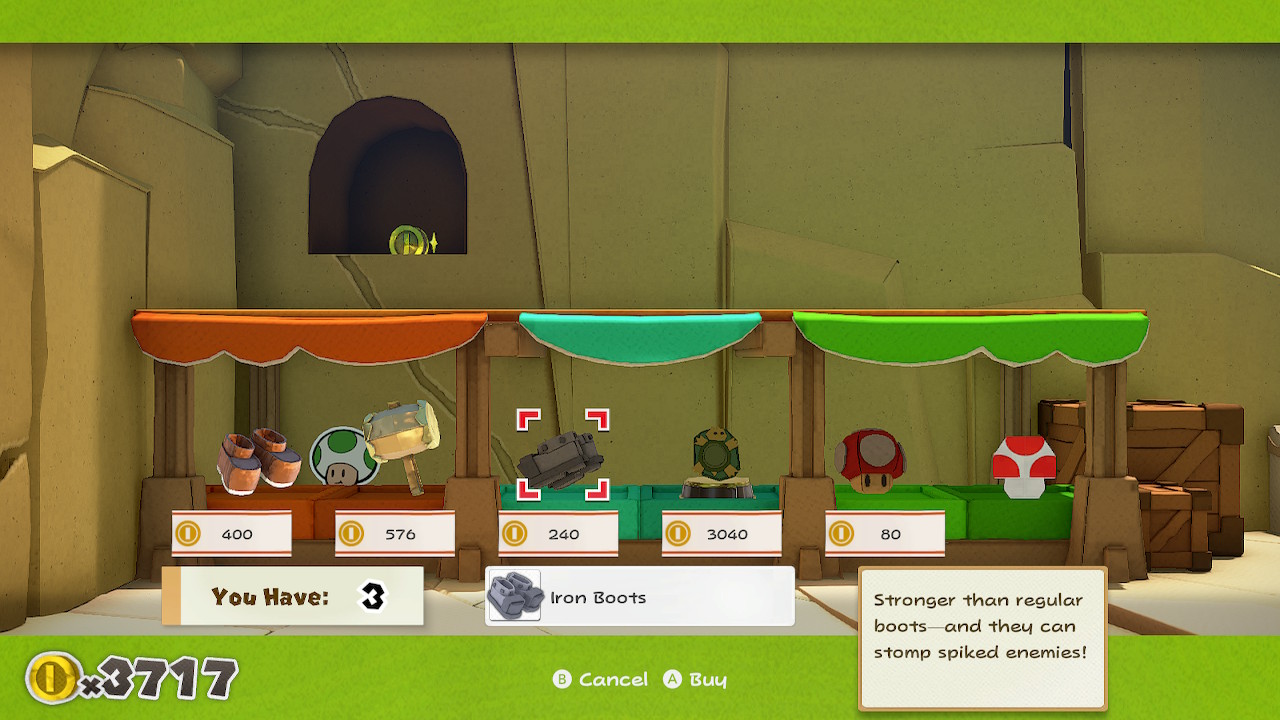 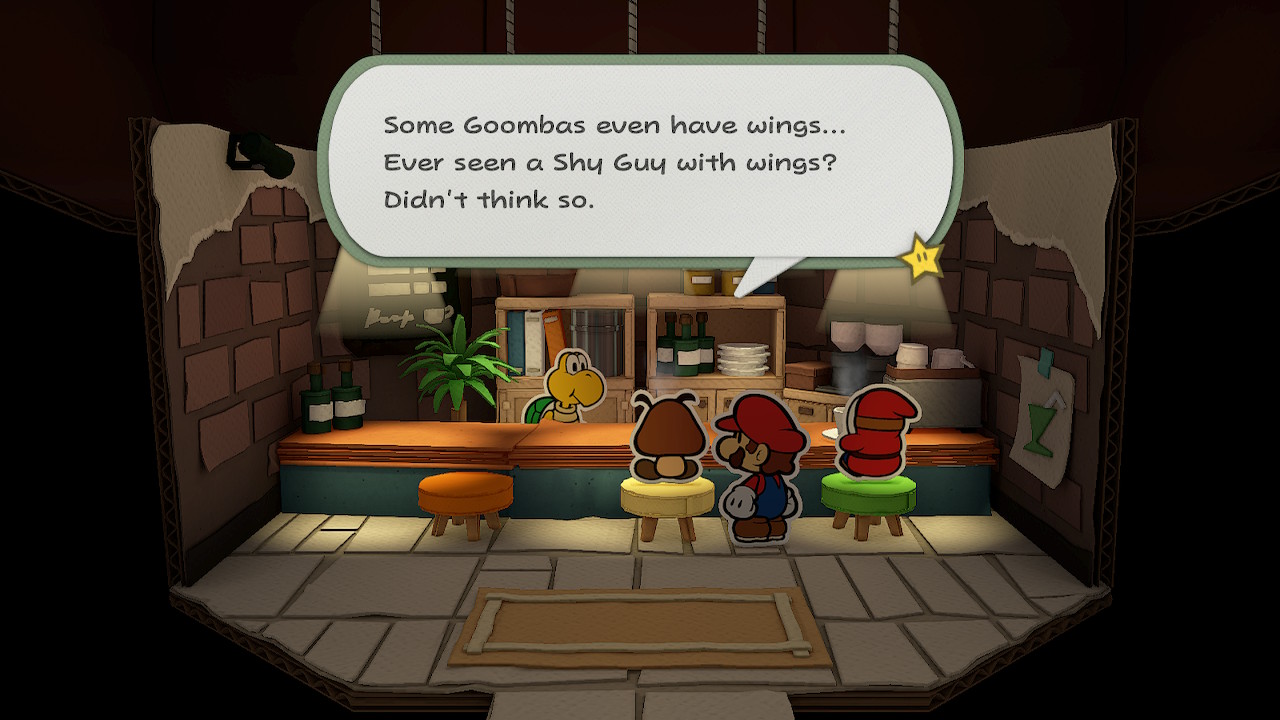 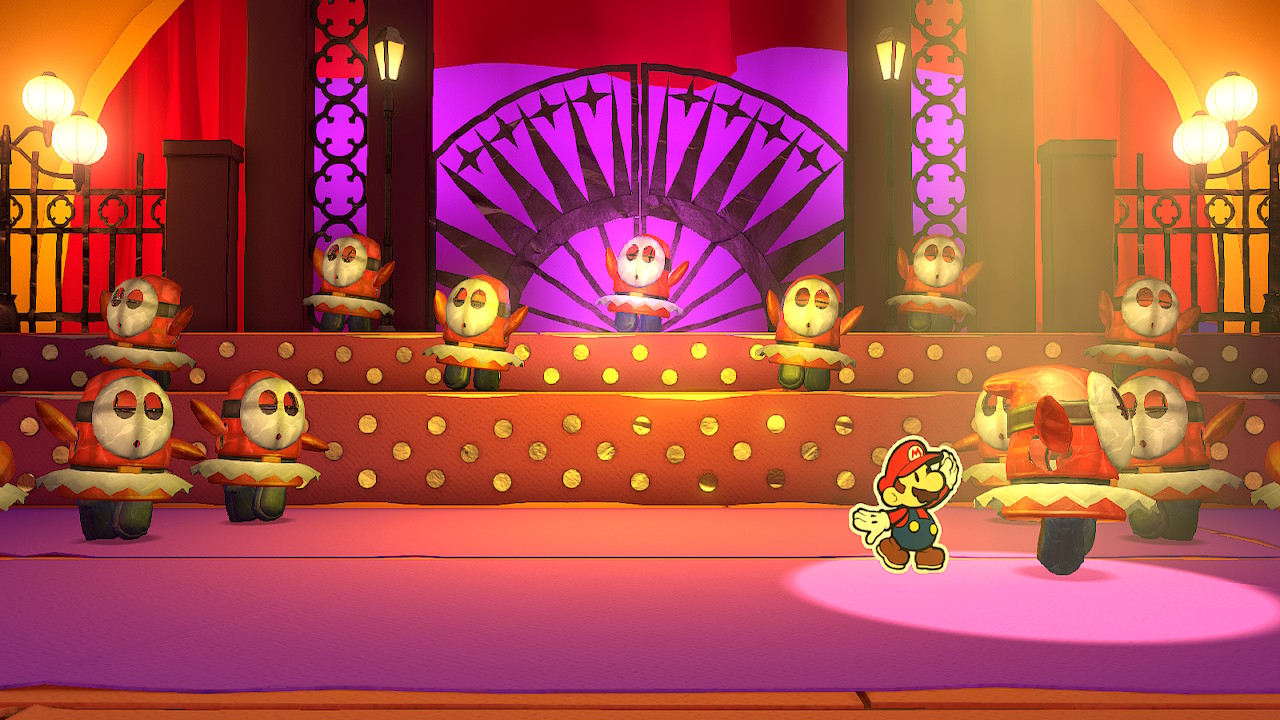 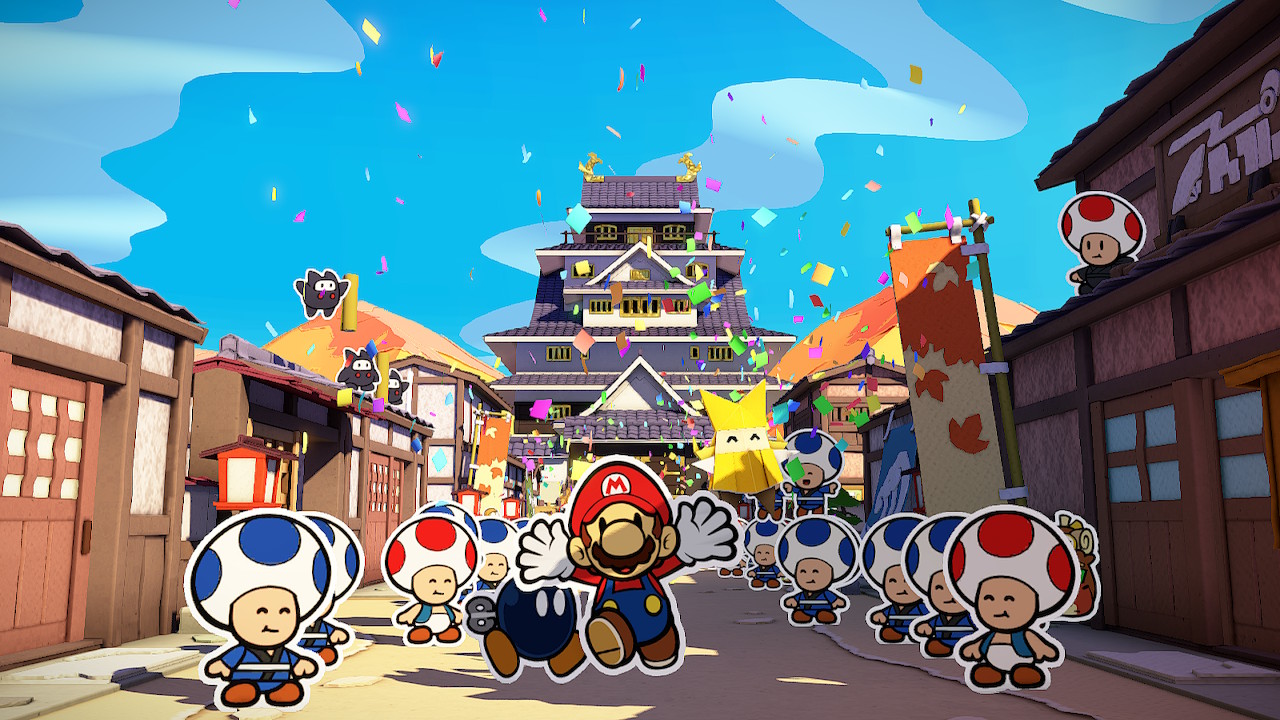 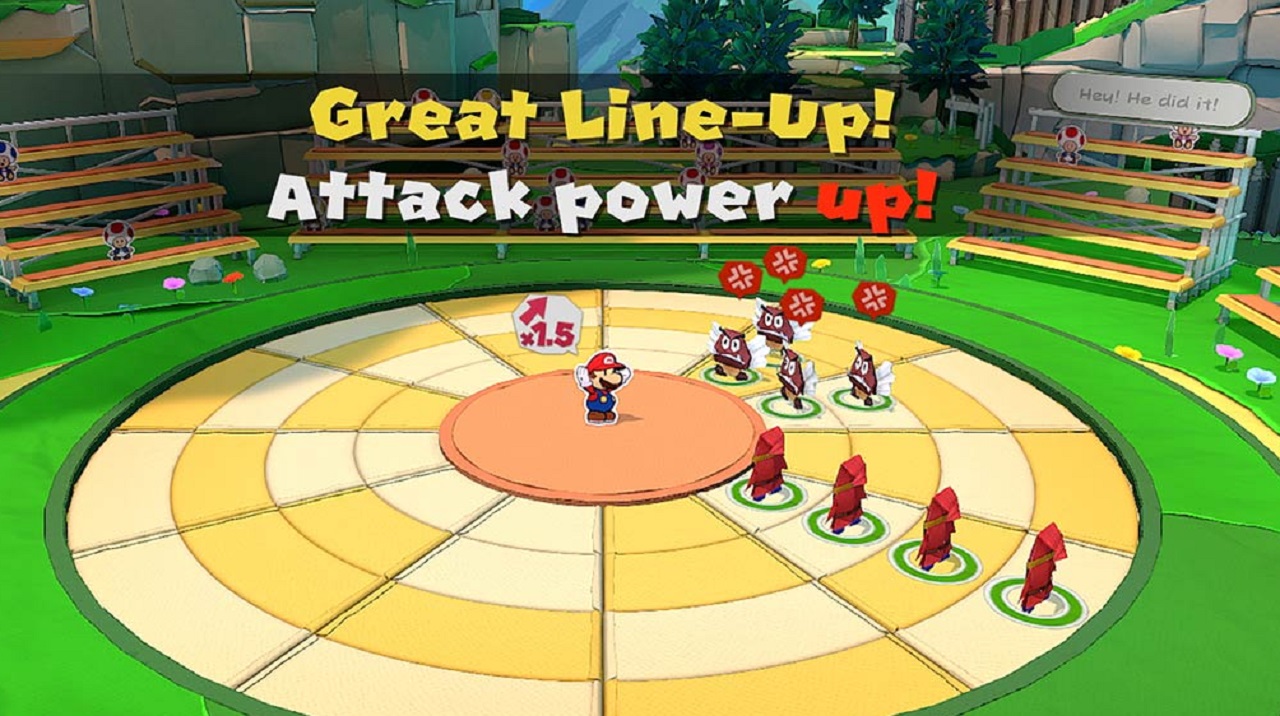 Paper Mario: The Origami King is available for the Nintendo Switch for a recommended retail price of R1129.

Thanks to Nintendo for sharing this wonderful adventure with our family.