Ricky of the River Pride is a new local South African children’s book from author Linsay Sherratt. It’s a fun story about a young boy named Ricky who is asked by his animal friends to save a lion cub and the adventure that this act of kindness takes him on.

Ricky falls asleep hugging his lion cub toy animal one night, but is surprised to be awakened by Cheetah, Zebra and Elephant who are outside his window. The animals lead him away and ask him to help rescue the lion cub who has fallen into the river. Ricky bravely jumps in and saves the lion cub, but soon faces the biggest lion he has ever seen when Syon, Ruler of the River Pride and Protector of the River Kingdom arrives. 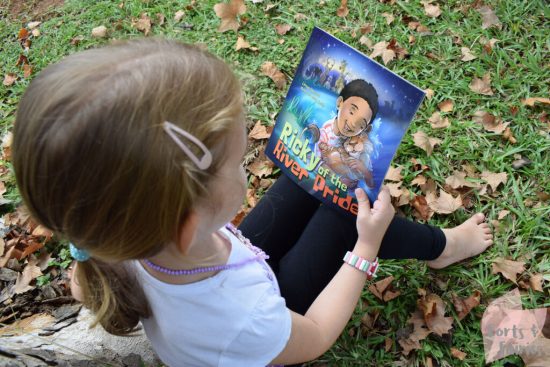 Ricky is made one of the River Pride by Syon, who leaves a large muddy paw print on his chest, but then has to say goodbye to his new friends and return home. He wakes up back in his bed, his toy animals are back on the floor, and he wonders if it was all a dream. There are a few clues to suggest it wasn’t, but you’ll have to read the book to find out what they are!

Ricky of the River Pride is a fun book to read together with your little ones. They will enjoy the story and it will no doubt spark their imagination as to what exactly their own toys get up to after lights out. The illustrations by Astrid Castle are wonderfully bright and beautifully balanced by showing the animals to be realistic but friendly looking for children. 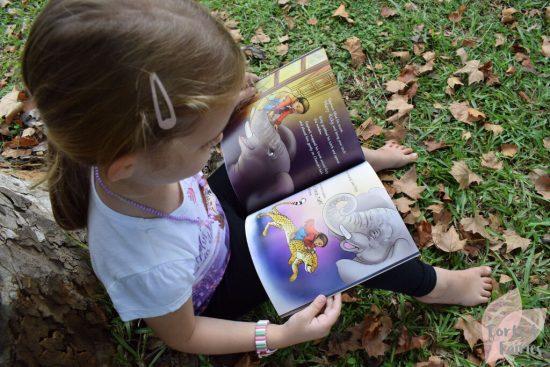 Ricky of the River Pride is available from book stores and online retailers for a recommended retail price of R80. It is recommended for children aged 3 to 6.

Thanks to Penguin Random House for letting us become part of the River Pride too. 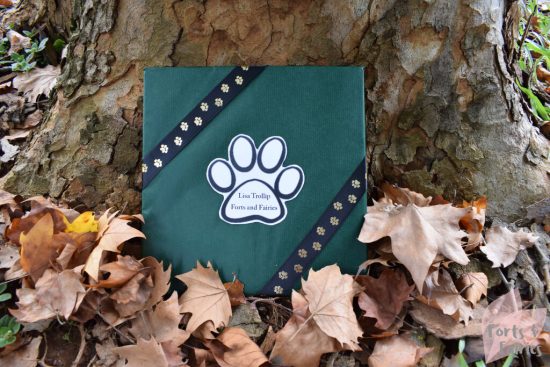