The night she disappeared (Book Review)

The night she disappeared is a gripping new thriller from Lisa Jewell. It’s been a long time since I’ve stayed up that late to finish a book, but this story took hold of me and just wouldn’t let me go until I had read the last page. 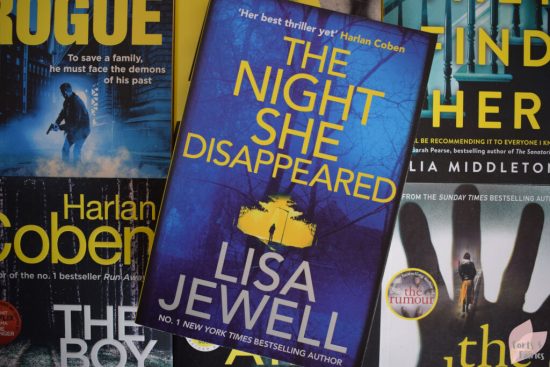 Tallulah lives with her mom Kim, she’s a teenage mom to Noah and busy studying at college. Although she was a girlfriend to Zach, the father of her child, for many years, the two went their separate ways before Noah was born. But now Zach wants to come back into their lives and moves in with Kim, Tallulah and Noah.

The young couple head out on a date night, but they never come home. Kim retraces their steps, trying to find out exactly what happened to them that night, and eventually, desperate to find her daughter, she raises the alarm with the police. Despite interviewing those friends who saw Tallulah last and searching the woods nearby where she was last seen, no one can find Kim’s missing daughter and the case runs cold. That is until a year later when Sophie, a mystery novelist who is new to the area, finds a sign that says ‘Dig Here’, and it finally seems as if Kim may found out what happened to Tallulah that night.

The plot is intricately mapped out, and delicately unravels to reveal the many secrets that the different characters are hiding. We meet the friends who were with Tallulah that night and learn more about what happened in the days and weeks following her disappearance. The narrative switches between the past and the present, but as it does so we learn more about Tallulah’s life then and see how the new evidence that is uncovered now slowly unfolds the once hidden mysteries that lie at a house called the Dark Place.

The night she disappeared is everything you want from a thriller, it’s dark and twisty and promises to keep you absolutely rivetted until you find out exactly what happened that fateful night.

The night she disappeared is available for a recommended retail price of R265.