The President is Missing

We live in a world where anything can happen, and so it’s not so hard to imagine that the President of the United States could go missing. The new book by James Patterson does just that and tells a story that will captivate you from page one, taking you on an intense journey that will have you staying up late to read ‘just one more chapter’ to see what happens next.

What makes The President is Missing even more enthralling is that the book is co-authored by former president Bill Clinton, giving it an authenticity with details that only a President would know and making it even more heart stopping to imagine the situation in the book arising in real life. 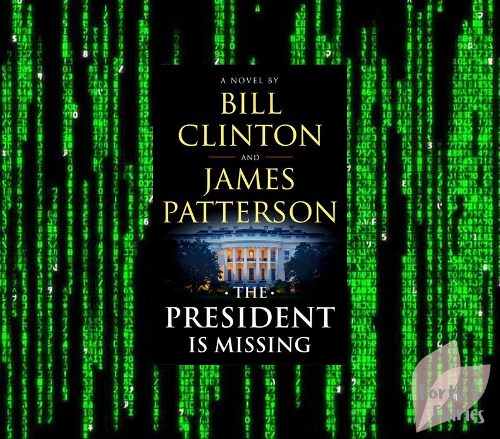 The President is facing some hard decisions, and, because he believes the circle of people he trusts has been compromised, he’s being forced to rely on very few people that he knows he can trust. An unprecedented terrorist attack is threatening the country, and because the threat is so immense other countries are even leaning in to help President Duncan as he embarks on a heart-stopping ride over three days to try and face the threat head-on and save the country he has sworn to protect.

Not only will The President is Missing keep you engrossed with every new twist and turn in the plot, but it will also put into focus many debates that are currently under scrutiny in America. Debates around gun control, religion, and racism, which are very pertinent to the current day, are discussed with clarity at the end of the book.

The President is Missing is available from bookstores and online retailers for a recommended retail price of R290.

Thanks to Penguin Random House for letting me experience this thriller, even though it caused me a few late nights!

It Will Be Ok (Book Review)