Lost is one of the latest books from James Patterson, a story about a detective and his team in Miami who are determined to bring down an international crime ring.

We are given an up-close view inside the world of human trafficking and just how far people are willing to go to try and escape the challenges of their own countries. We see the fear and desperation of the victims, juxtaposed against the cruelty and greed of the traffickers. 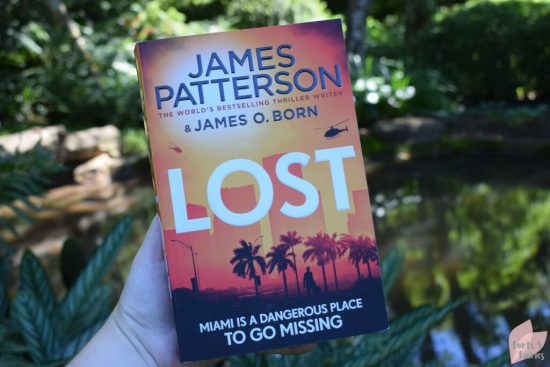 Detective Moon, the appointed leader of a new FBI task force, finds himself drawn into a battle against a vast crime syndicate that extends from Amsterdam into Miami. Facing off against this underground network he is haunted about the innocent lives that are at risk and forced to wonder if he can actually win this battle and bring the ruthless leaders to justice.

Despite painting a picture of the brutal horror and reality of human trafficking, there is a softer side to this book that balances this harshness. This balance is crafted through the relationships between the team members of the task force and the love interest that blooms between the detective and a foreign police officer.

Lost is available from bookstores and online retailers for a recommended retail price of R290.

Thanks to Penguin Random House for sharing this new title with me.